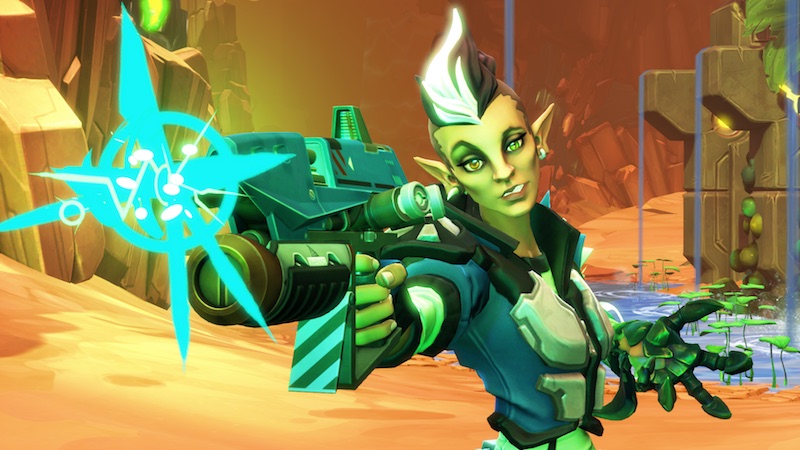 Much like their Borderlands games, for which this is an obvious spiritual successor, Battleborn (Xbox One, PlayStation 4, PC) is a sci-fi first-person that was designed by the good people of Gearbox Software to be a co-op game, but could be played solo if you really felt like it. But while some co-op games work well solo (The Division, Destiny), not all of them do (Rainbow Six Siege). And it’s somewhere in between, though leaning more towards the former, that we find Battleborn. 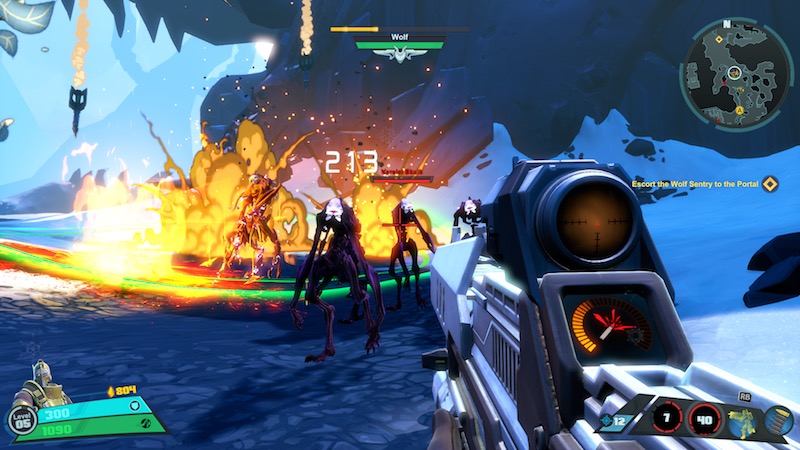 In Battleborn, the universe is coming to an end, and all of the stars have been extinguished, save for one. Your job, should you chose to accept it, is to protect the last habitable planet in its orbit by killing hundreds of people, destroying just as many robots, and smashing some boxes and other things that don’t belong to you.

At its core, Battleborn is a trigger-happy shooter, one that has fluid controls and puts them to the test with a good variety of enemies. There’s also a good assortment of weapons — everything from compound bows to machine guns — but unlike most shooters, your weapon is determined by the character you’re playing as, and every character only has just one. You can also, depending on your character, opt to smack people upside the head when you don’t feel like shooting them. And not just as a secondary attack; one character has a katana, another has fist of fury, while a third has bladed finger gloves they clearly stole from Freddy Krueger. You also have some RPG-esque special attacks and other abilities that have to recharge over time. And yes, these also change from character to character.

In fact, the only constant when it comes to the characters in Battleborn is that ranged weapons have unlimited ammo. You don’t have to buy ammo, or find ammo, or steal it from your dead enemies; you always have some and you’ll never run out. This is especially helpful when it comes to the game’s difficulty (which I’ll get to in a moment). That said, I do wish that some of the guns had bigger ammo clips.

As for the characters themselves, Battleborn boasts twenty-five of them, though most have to be unlocked; you play the first mission as just one, and then only have a choice of seven for the second. 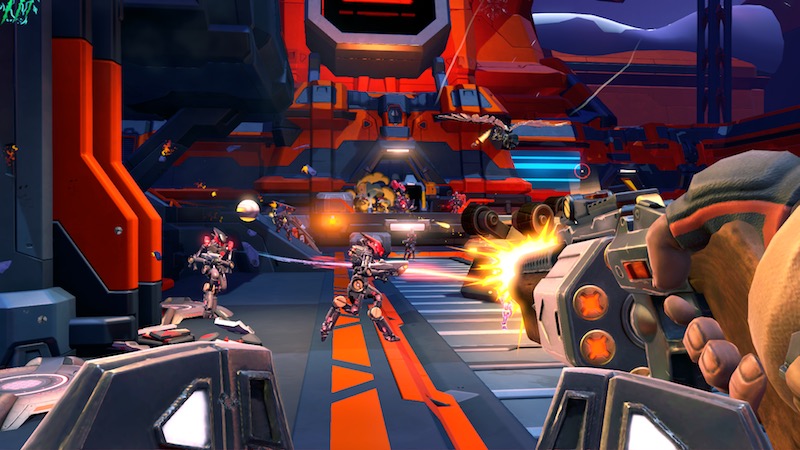 Unfortunately, not all of the characters in Battleborn are created equal. For starters, using a melee character in a game where you get shot at is somewhat ill advised. It also doesn’t help that some of the most powerful characters are also the least interesting. While Thorn looks like a total bad ass, having a bow and arrow makes her less effective when combat gets hairy. Conversely, Oscar Mike is a rather rote soldier, but his machine gun and grenade launcher make him a real killing machine.

Augmenting each character is a two-tiered leveling up system, one of which gives you mid-mission upgrades, though it resets at the beginning of every mission. You choice is also limited to just two options — which can add or change your special attacks, or just give you passive enhancements — though it doesn’t lock you into a path. Picking the left one at the beginning, for instance, doesn’t mean you only get the left upgrades, you can chose the right one next time if you prefer.

There is, however, one issue with this leveling up system in Battleborn if you’re playing solo: the game doesn’t pause when you access the menu. Which, admittedly, just means you just have to wait until the end of a skirmish before picking your next augment, but seeing as that augment could mean the difference between life and, uh, starting over from your last checkpoint….

The irony of this is that you can pause the game normally, something such co-op-centric shooters as Destiny and The Division annoyingly don’t let you do. Granted, Battleborn still needs to connect to the servers before a mission starts, even when you tell it you want to play a private game and that no one else can join, but once you begin, you can pause the game whenever you want without worrying that some bad guy will kill you while you’re off answering the phone. 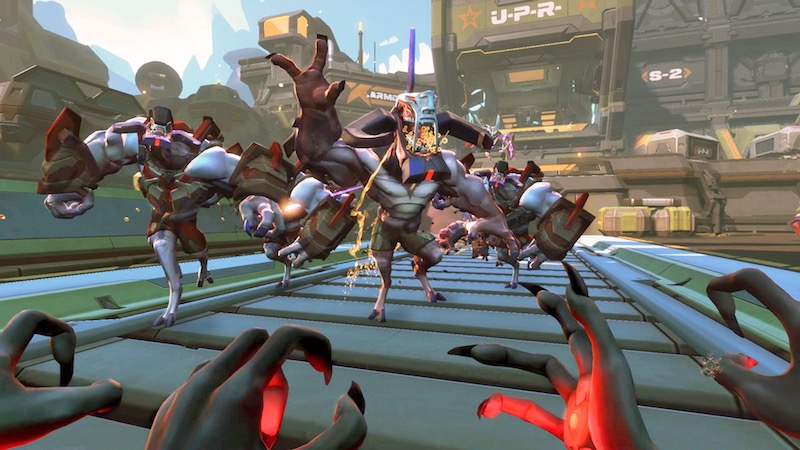 Battleborn also has an issue that only impacts those playing on their own: Its difficulty is not especially well balanced for solo play. While playing on the “Normal” setting, I ran into enemies as early as the second mission who clearly outgunned me. And I don’t mean bosses, either. Which is a real issue since you only have a limited number of lives per mission (though you can earn more as you go), health power-ups are not plentiful, and every mission is long and has multiple boss battles. There also isn’t an “Easy” option, only “Normal,” but because of this in-balance, “Normal” feels like “Hard” while “Hard” feels like “Damn, This Is Super F-Ing Hard!”

Admittedly, this is only an issue if you play this on your own, if you’re not really great at first-person shooters, or if you enjoy such intentional tough games as Bloodborne or Dark Souls III. But as someone who doesn’t play well with others, is really good but not really great at first-person shooters, and doesn’t like games that are really tough, it ends up making things more frustrating than fun.

There’s also, unfortunately, some issues whether you chose to play Battleborn alone or with friends. The biggest of which is that the missions in Battleborn are often rather similar. While there are times when you have to assemble turrets and defend a machine like in a round of “Horde” for Gears Of War 3, most missions just have you shooting tons of enemies, occasional breaking something important, and taking down a boss or two. And yet, this redundancy didn’t bother me too much, though most because I typically took a break after every mission. I can see how, if you played multiple missions in a row, this would probably get tiresome.

Battleborn also has an issue so common these days that I often just cut and paste this paragraph from one review to the next: some of the text is too small. If you sit at a reasonable distance from your television — y’know, like your mama told you to — you’ll have trouble reading your mission objects as well as the menus, including the upgrade one, which is a real problem when you’re trying to figure out which augment you want before your enemies start shooting you in the face. 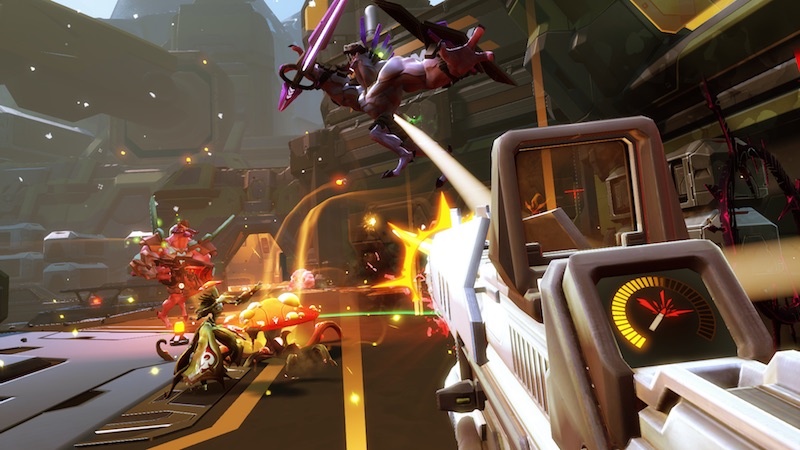 In the end, Battleborn may be best played with friends, but it’s still a fun game to play on your own. It’s just too bad that no one thought to have the difficult scale back when you play it that way. Because as much fun as this may, it’s equally as infuriating when you fail a mission for the third time because some dumb grunt is overpowered. 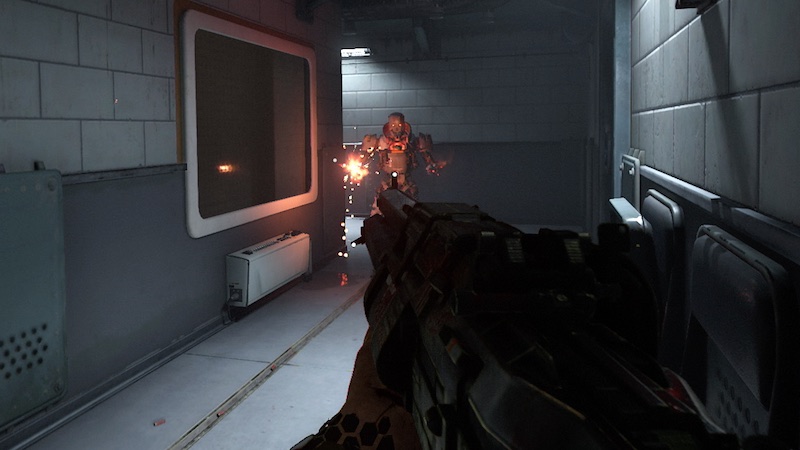 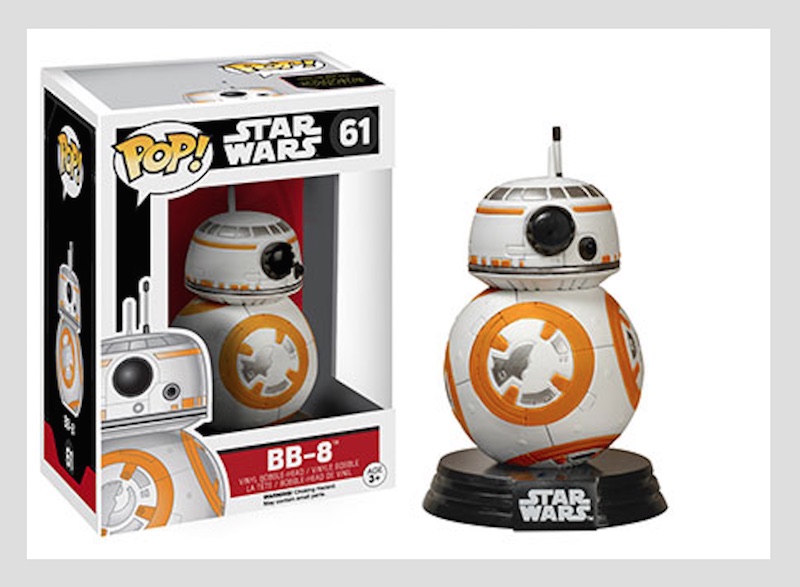