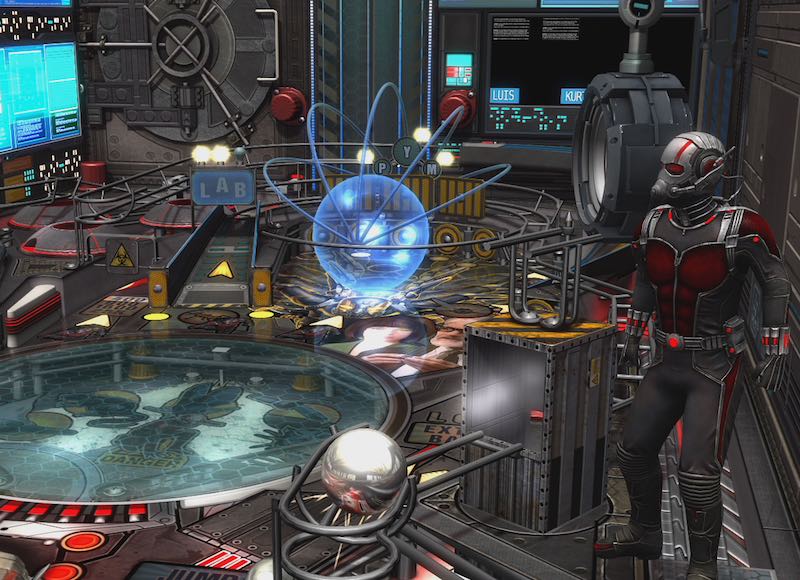 Just as they did a few months ago with Avengers: Age Of Ultron, the good people at Zen Studios are celebrating the new Ant-Man movie with a pinball table for Zen Pinball 2 (PlayStation 4, PlayStation 3, Vita), Pinball FX 2 (Xbox One, Xbox 360, PC), Zen Pinball (iOS), Zen Pinball HD (Android, Amazon), and Marvel Pinball (iOS, Android, Amazon). But while the table has some elements fans of the comic might expect, it also has some unexpected elements that make it an addictive table. 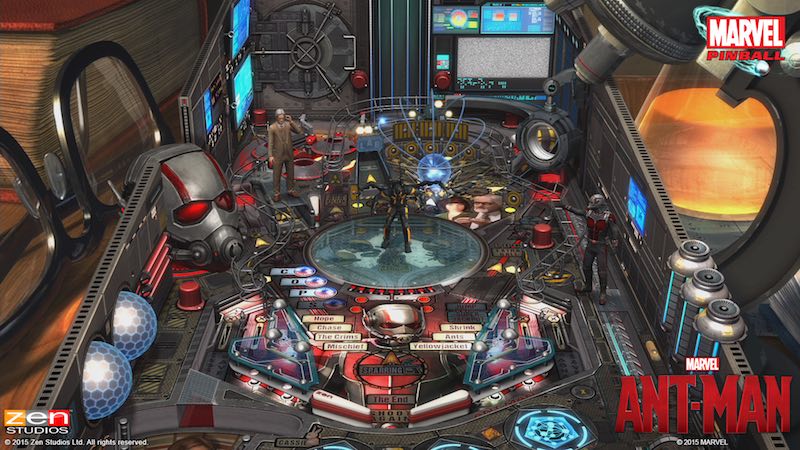 For those unfamiliar with Zen’s pinball games, the basic idea is that they combine realistic physics and sound effects with mechanics that either wouldn’t work in the real world, or would be too expensive to pull off in a pinball machine.

In the case of the Ant-Man table, those unrealistic mechanics include a large Pym particle trapped under a wire cage made of the particle’s electrons. If you hit the particle hard with the ball a couple times, it starts to shrink, eventually escaping the cage and giving you a dual mutiball, though with a second ball that’s a big springier than a normal one. There are even times during this fracas when one of the protons from the Pym particle will fly out, giving you a third ball to contend with, albeit one that’s so tiny that you might actually miss it.

All of which is complimented by having the balls move around the table like they would in real-life, while sounding like real metal rolling on wood.

But the kicker about getting this multiball in Ant-Man is that it makes it very easy to get the ever increasing jackpot. Which is why, the first time I played the Ant-Man table, and didn’t really know what I was doing, I racked up a score in excess of fifty million. By comparison, I’ve been playing some of Zen Studio’s tables for years and have only gotten thirty million on one of them (The Walking Dead); the rest are still in the five-to-fifteen million range. Granted, it’s all relative, but still.

There’s also a mini table in the center of the Ant-Man table, but again, the Zen kids are throwing players for a loop with it. Unlike other Zen pinball machines that have mini tables, the view doesn’t shift to that second table when your ball goes into it. Instead, the view remains the same. It’s a neat trick, one that threw me the first time since it’s hard to see what’s going on, but it’s still clever. Doubly so because the Ant-Man table has a second mini table on the side, and the view does shift for this one. 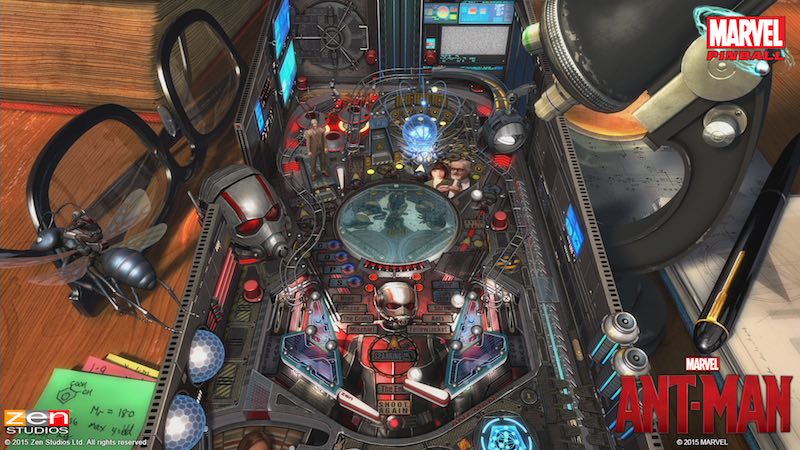 Otherwise, Ant-Man is largely in line with Avengers: Age Of Ultron, and other recent pinball tables they’ve made, in that it’s not as busy as some of their earlier ones, especially in the lower half. As a result, the ball really gets going at times, which is good since it means you’ll probably release the Pym particle a lot.

Of course, being a Zen pinball table, Ant-Man does have some issues. Though they’re all — no pun intended — rather small. For starters, if you play on a console, and sit at a reasonable distance from your TV, you may have trouble reading some of the in-game messages. Not that it really matters, since most just telling you how close you are to beating your high score, but still, being so small actually makes them a bit of a distraction. Thankfully, this is not a problem if you play on a tablet, phone, Vita, or a PC if your monitor isn’t placed far away from where you sit.

The Ant-Man table also has some odd choices in the sound effects department. Some, oddly, recall the unintentionally hilarious and inexpensive compute sounds the BBC used to employ on Doctor Who during the Tom Baker era, and in their adaptation of Douglas Adam’s The Hitchhiker’s Guide To The Galaxy. But as much as I love old Doctor Who and the BBC’s Hitchhiker’s miniseries, these sounds don’t always work well here.

Last, and least, the voice actors they hired to take the place of Michael Douglas (Henry Pym in the film) and Paul Rudd (Scott Lang) sound nothing like Douglas and Rudd. But, again, it’s nothing of major consequence, especially since they’re not as bad as the sound-a-like Zen Studios used for Harrison Ford on the Star Wars tables Han Solo, Empire Strikes Back, and Return Of The Jedi. 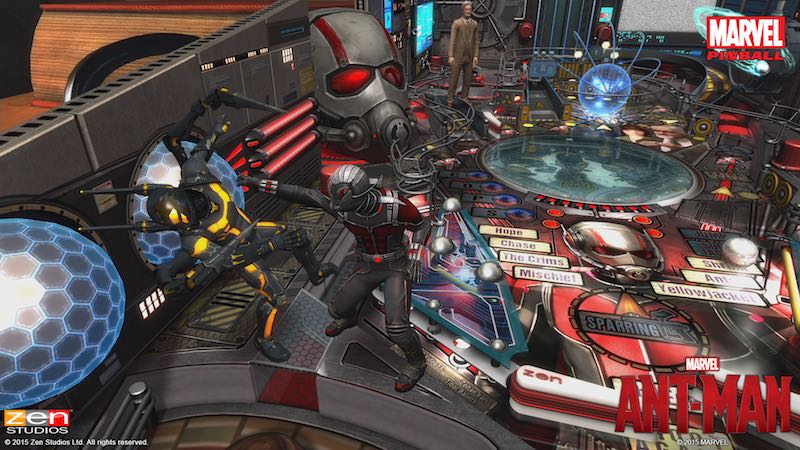 In the end, all of these complaints (as I joked earlier) are small ones. Really, Ant-Man is a fun pinball game, especially when you release the Pym particle and start racking up the points. It’s even, I think, better than the Avengers: Age of Ultron table. Which has me wondering what that might say about a certain movie…. 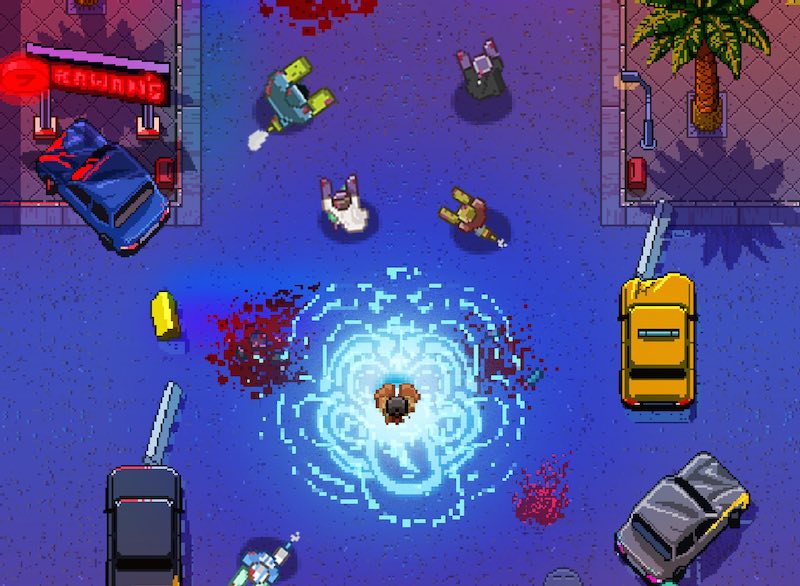 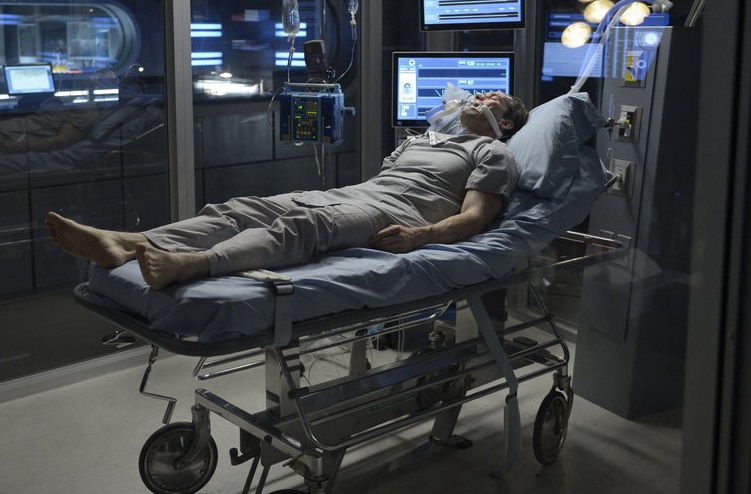 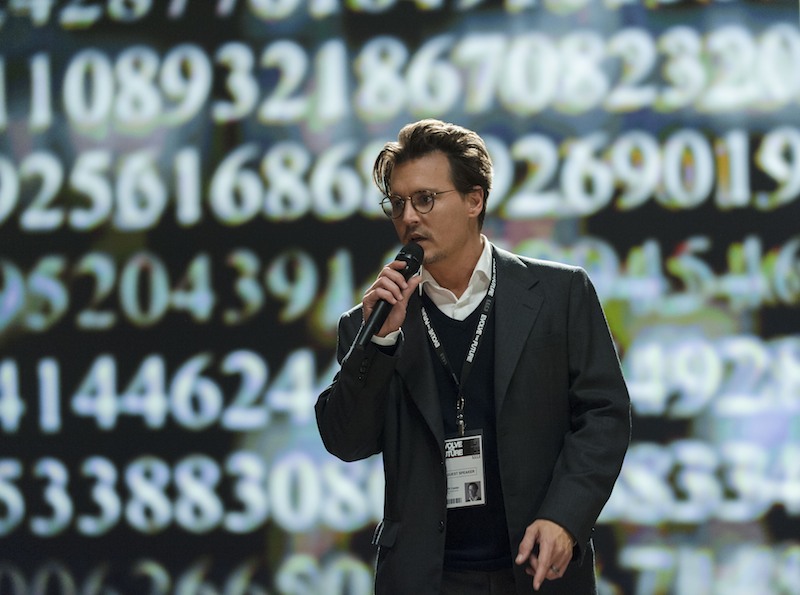