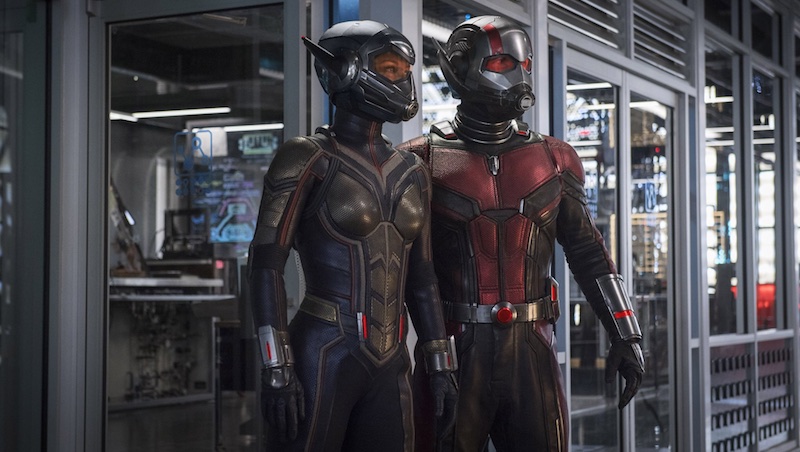 The original Ant-Man is one of Marvel’s lesser movies; a fun action movie that was undercut by bad and obvious jokes and a predictable plot. But while Ant-Man And The Wasp isn’t a complete reversal of course, it is a notable improvement in many ways. 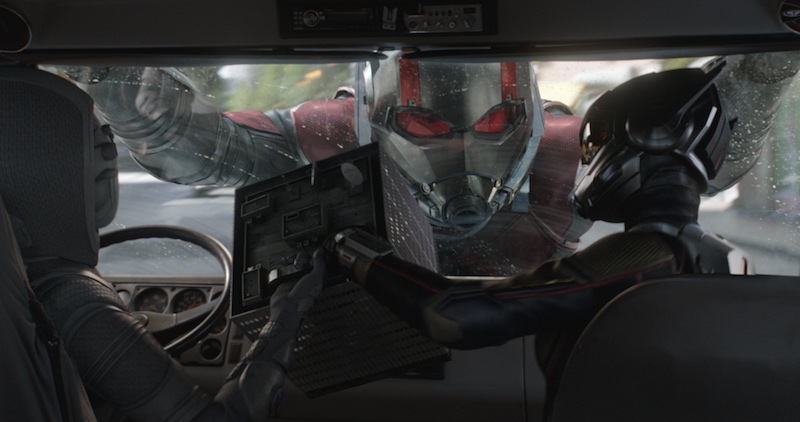 Set two years after the first one, and just before the events of Avengers: Infinity War, Ant-Man And The Wasp find the former hero, Scott Lang [I Love You Man‘s Paul Rudd], on house arrest, only to be recruited by the original Ant-Man, Hank Pym [The Game‘s Michael Douglas], and his daughter Hope [Lost‘s Evangeline Lily] when they try to rescue Hank’s wife/Hope’s mom, Janet Van Dyne [Michelle Pfeiffer from Dark Shadows] from the Quantum Realm. But those plans go awry when they run afoul of an arms dealer [Tomb Raider‘s Walton Goggins] and a mysterious figure who earns the nickname Ghost because they can phase in and out of reality.

Like the first Ant-Man, Ant-Man And The Wasp has the benefit of a solid cast, headlined by the always likeable Rudd, the authoritative Douglas, and the strong Lily, who really shines when she dons the Wasp outfit, which not only lets her shrink like Ant-Man, but also gives her the ability to fly and blast enemies with a stinger.

Augmenting the already solid cast from Ant-Man, Ant-Man And The Wasp adds the perfectly sleazy Goggins, The Interview‘s Randall Park as a comedic FBI agent who’s chasing Hank and Hope while watching over Lang, and The Matrix‘s Laurence Fishburne, who matches Douglas note for note as his former partner.

What makes Ant-Man And The Wasp far better than the original, though, is its tone. Where the first one tried hard to be funny, and failed, this sequel has a much better sense of humor, one born of situations and observations, not obvious jokes. And while there are a couple groaners, most of the humor is more like what we got from Spider-Man: Homecoming and the first Avengers than either Guardians Of The Galaxy: Vol. 2 or Thor: Ragnarok.

Even Pena, who was annoying in Ant-Man, is far funnier in Ant-Man And The Wasp, if only because his shtick is used less and often in a self-deprecating way. 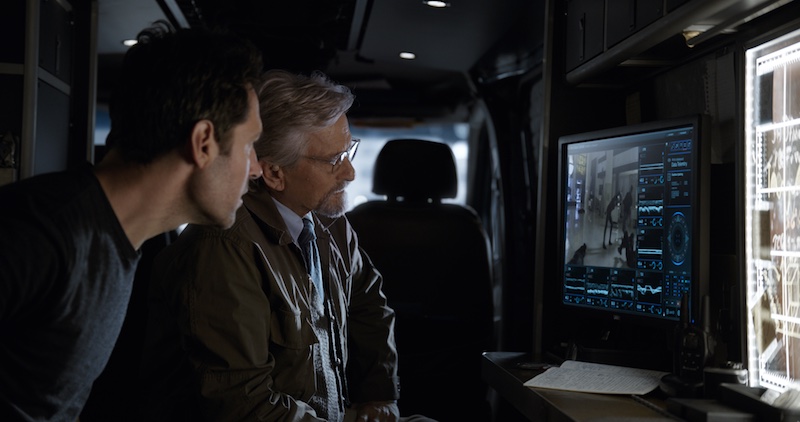 Ant-Man And The Wasp also outdoes the original in the action department by being a lot more clever with how they use the shrinking and growing mechanic. A car chase scene through San Francisco is especially creative, as is how it’s used to move Pym’s suitcase laboratory around. But it really comes to play in the fight scenes, especially when Hope goes full Wasp, doing everything Scott would do if he had paid more attention to his training in the first film.

Still, while Ant-Man And The Wasp is an improvement, it’s not enough of one to make this one of Marvel’s better movies. Instead, it comes in somewhere around the middle with Thor: Ragnarok, the uneven Guardians Of The Galaxy, and the somewhat predictable Doctor Strange.

Part of the problem is Ant-Man And The Wasp is as predictable as the first one. While it’s not as obvious in the moment, it becomes clear, when you think back on what you just saw, that the movie didn’t take any left turns or do anything the least bit surprising. Even Stan Lee’s requisite cameo wasn’t terribly unique.

It also doesn’t help that the subplot with the arms dealer was unnecessary, and took up time that could’ve been used to make Ghost a bit more multi-dimensional. Sure, they were always going to be a tragic figure, but they could’ve done more with the character’s backstory and cool powers, given how they look like a character from Destiny 2, but acts like those albino twins from The Matrix sequels.

Also, it odd that Doctor Strange never turns up, given how Pym and pals are trying to get to the Quantum Realm, an alternate reality that would seem to be under the good Doctor’s purview. 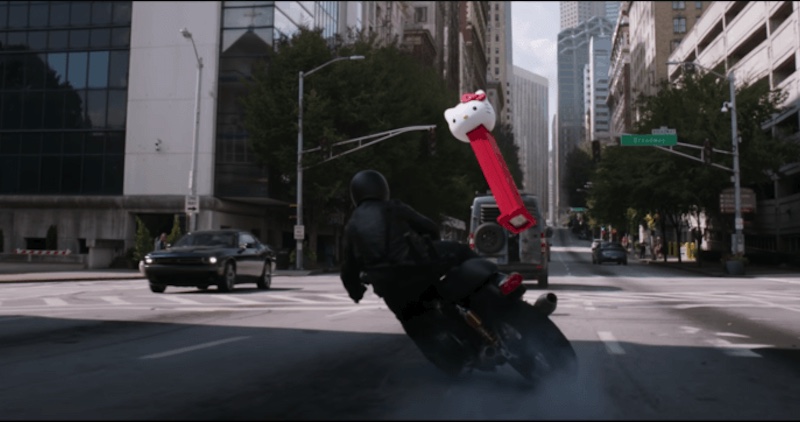 In the end, Ant-Man And The Waspis not one of the better Marvel movies, but it is another fun one, and an improvement on the original. Here’s hoping the third time will be the charm. 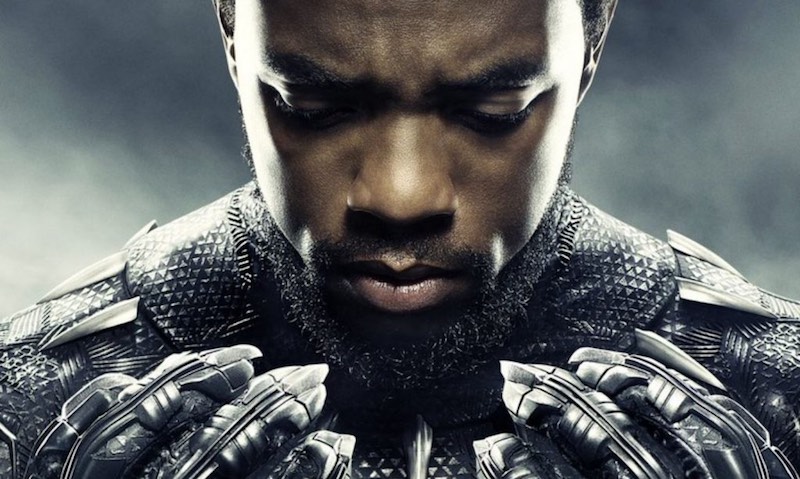 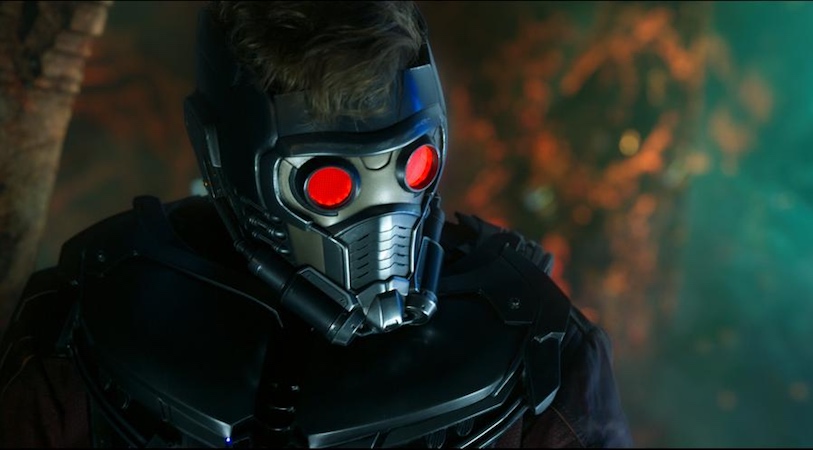 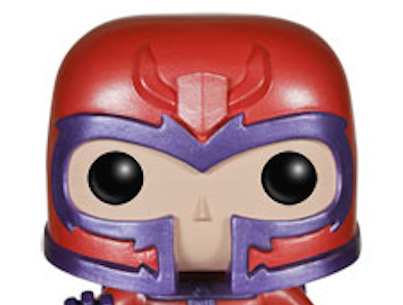