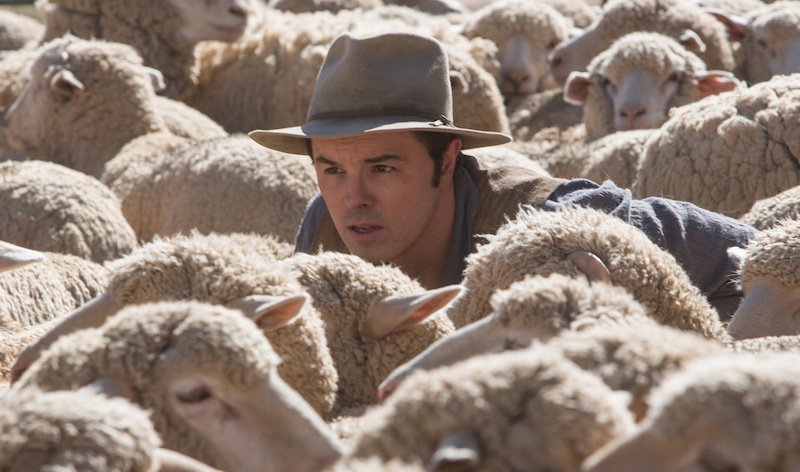 Seth MacFarlane’s day job usually keep him behind the camera, be it as the co-writer, producer, and voice actor on Family Guy and American Dad; the co-writer, director, and voice actor on Ted; or the producer of Cosmos: A Spacetime Odyssey. But in the live-action Western comedy A Million Ways To Die In The West — which Universal Home Video have issued on Blu-ray and DVD — he’s not only behind it as the film’s co-writer and director, but he’s in front as well, taking center stage as our hero. 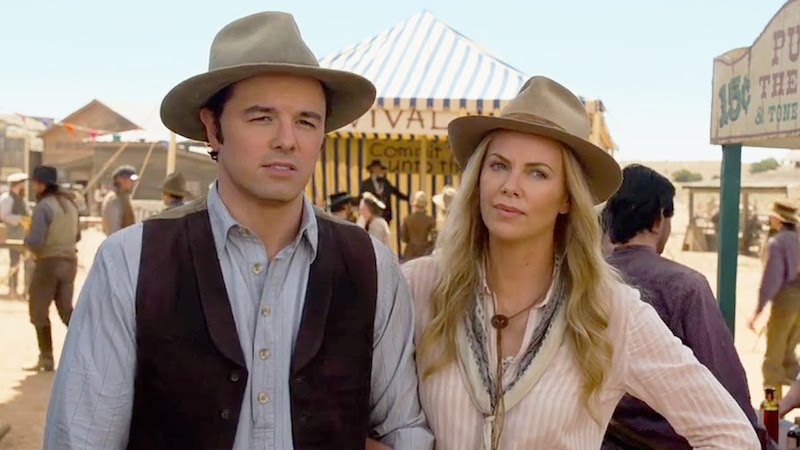 Set in a frontier town in 1882, A Million Ways To Die In The West tells the story of Albert Stark (MacFarlane), a hapless coward who tries to win back his ex-girlfriend (Amanda Seyfried) with the help of a feisty woman (Charlize Theron) who has personal problems of her own.

As you’d expect, especially if you’ve seen Ted, A Million Ways To Die In The West is ridiculous, ribald, and ultimately very funny. Though it helps if you have a passing knowledge of what life was like back then…and aren’t a stickler for historical accuracy. While much of the humor comes from observations about frontier life, most of it comes from the juxtaposition of modern day-style jokes and the Old West setting. MacFarlane, for instance, always talks as if he’s from our time but wound up back in 1882 thanks to, oh I don’t know, a time travelling car. Which might be problematic for some people — since it sometimes makes this seem like it was shot at an Old West amusement park — but it actually adds to the movie’s oddball humor.

That said, while A Million Ways To Die In The West has a lot of hilarious moments, it’s ultimately not as funny as Ted. Granted, I don’t think the Old West is as inherently funny as a dirty-talking, pot smoking, teddy bear, but then a lot of the jokes are along the same couple lines: life sucks, everyone’s stupid, and “wow, did you see how that guy died.”

As for MacFarlane, he actually holds his own here. More importantly, he has an easy chemistry with Theron, even though she often upstages him by being an effortlessly likeable bad ass lady with a heart of gold and a trigger finger of whatever metal makes you a good shot. That said, it is rather frustrating that MacFarlane doesn’t realize when he’s got a good thing going with her, but if people in movies ever realized that, there’d be no more movies. 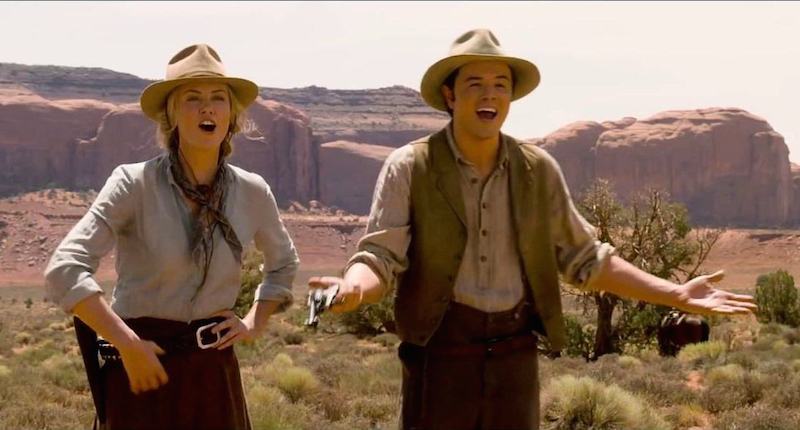 First up on the Blu-ray and DVD of A Million Ways To Die In The West is “A Fistful Of Dirt…In Your Mouth,” a fun but informative ten-minute making-of featurette that largely centers on how seriously they took the shooting of the movie, its sets, and props. This is followed by a very funny gag reel that has the cast screwing up for nearly six minutes (and includes a fun little bit for Ted fans).

The Blu-ray and DVD of A Million Ways To Die In The West also have a commentary by MacFarlane, Theron, and the movie’s co-writers and co-executive producers Alec Sulkin and Wellesley Wild. Which is nearly as entertaining as the movie, in large part because the four of them are in the same room at the same time.

Sadly, the unrated version of A Million Ways To Die In The West and its commentary aren’t the only extra that you’ll only get on the Blu-ray edition. For starters, there’s “Once Upon A Time, In A Different West, a ten-minute-long making-of featurette that’s not only informative, but at time it’s also a bit of a parody of these kinds of things. Then there’s “The Good, The Bad, And The Increasingly Decreasing Population,” which spends six-and-a-half minutes on the movie’s many cameos.

But the most interesting extras on the Blu-ray of A Million Ways To Die In The West are the just-as-funny alternate opening, an also funny alternate ending that’s actually better than the one in the movie, and the seven funny deleted, extended, and alternate scenes, which last nearly eleven minutes.

While the Blu-ray of A Million Ways To Die In The West may be way better than the DVD, it’s still lacking a couple things as well. For starters, it has none of the funny trailers they made to promote the movie. Second, it would’ve been better if “A Fistful Of Dirt…In Your Mouth,” “Once Upon A Time, In A Different West,” and “The Good, The Bad, And The Increasingly Decreasing Population” had been combined into one making-of featurette. 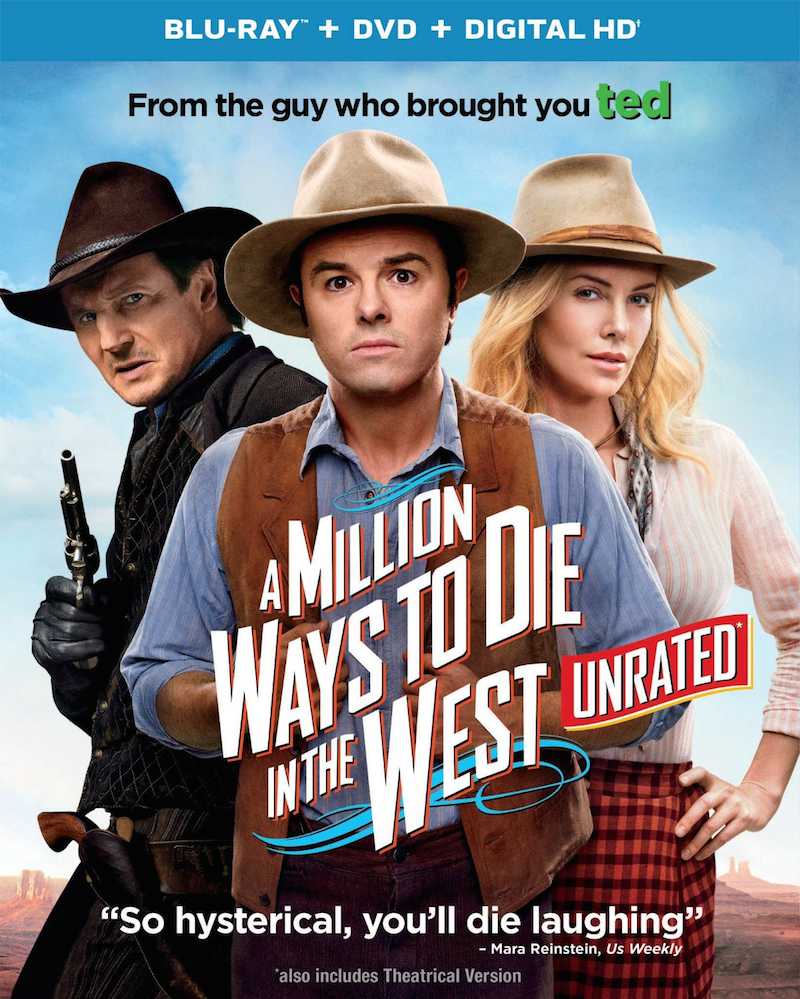 While life in the Old West may have sucked, A Million Ways To Die In The West does not, especially if you get it on Blu-ray. While not the instant classic that Ted was, it still has some very funny moments (especially for fans of Ted and Seth MacFarlane’s other works), and yet another great performance by Charlize Theron. 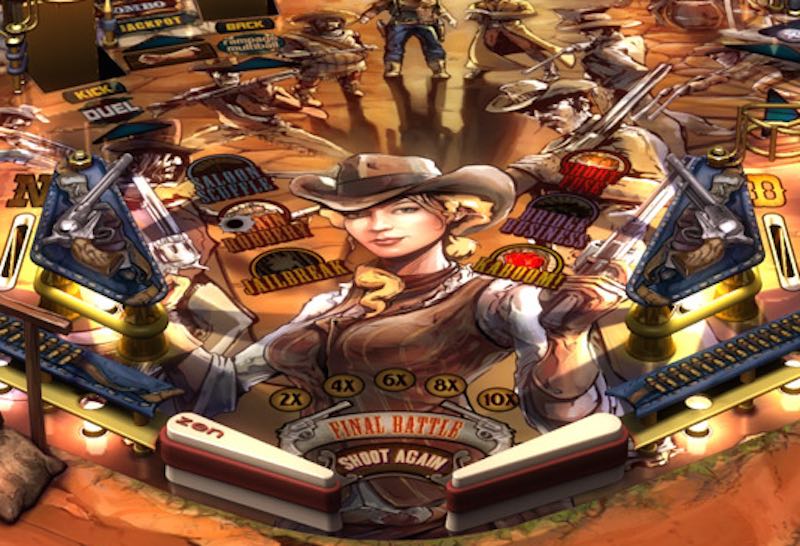 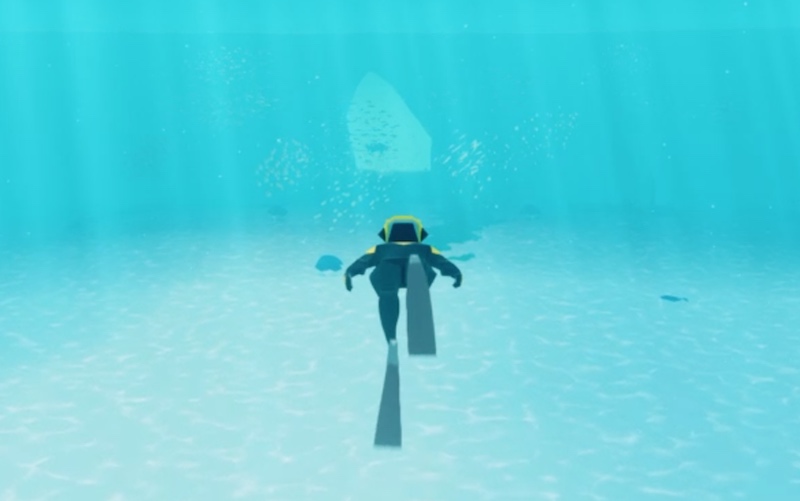