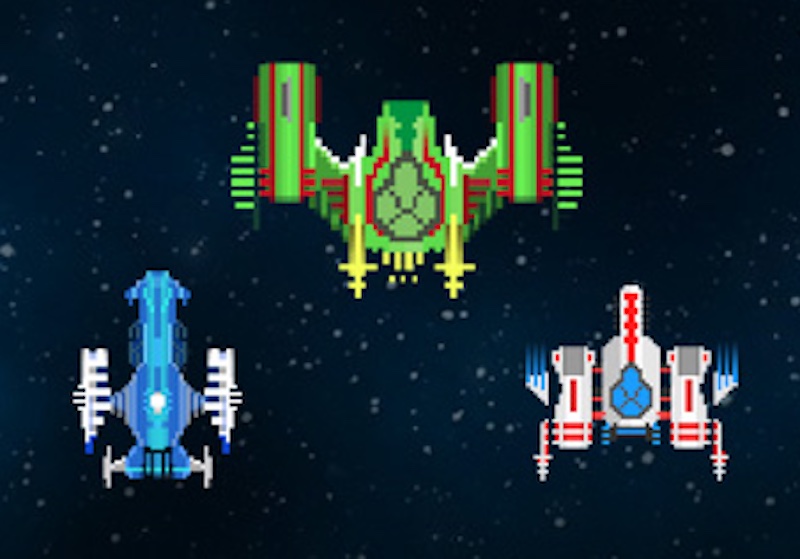 One of the great things about both the current and previous generations of video games is that no matter what kind you enjoy, you can find classics to play again as well as new games in those styles. But making a new game in an old style can be tricky. Take Zotrix, an arcade-style shooter that was previously released on PC, Mac, and Linux via Steam, but is now available on PlayStation 4. While it captures some of that old school arcade fun, there are times when it’s too old school for its own good, and others where it’s not old school-ish enough. 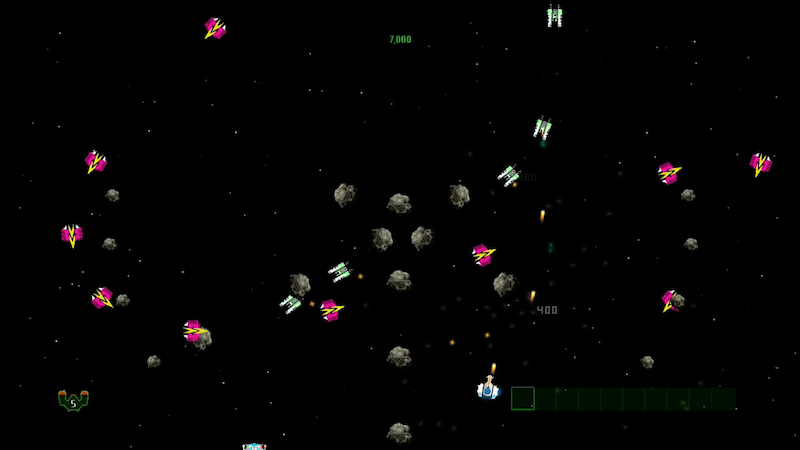 For those who didn’t play the previous edition, Zotrix is a twin-stick shooter that plays like a cross between Asteroids, Robotron, and Galaga. Using the left thumbstick to move, the right thumbstick to aim, and either trigger to fire an endless stream of bullets, you have to move around the screen, shooting alien ships and space rocks while trying not to be hit.

Not surprisingly, Zotrix cribs quite a bit from those old games. While you floatily move around the screen like you did in Asteroids, and shoot every which way like you did in Robotron, many of the ships look like ones you used to blast in Galaga. It also employs the same kind of arcade-style sound effects, while also putting your score on the top middle of the screen. You can also, like in so many twin-stick shooters of the space-faring variety, grab power-ups that will instantly alter and improve your weapons, turning single shot ones into dual shots, triple shots, and so on

Where Zotrix starts to differentiate itself from the games that inspired it is how your ship is a bit more sturdy than the one you flew in Asteroids and Galaga. Unlike those ships, which popped with a single hit, your craft in Zotrix has shields, and can thus take a couple hits before being destroyed. The kicker being that you don’t really notice when your ship is destroyed since, if you have any spares, you get a new ship instantaneously. There isn’t even an explosion when a ship is destroyed, just a slight vibrating of the controller. As a result, it’s more like you have five multi-layered shields on your ship that get worn down when you’re shot. Except that when you lose a layer, i.e. lose a ship, you also lose the last upgrade to your weapons.

This, unto itself, is not a problem. Well, it might be for some, who’d prefer to know when they’ve lost a ship, but once you wrap your head around the difference, it’s fine. 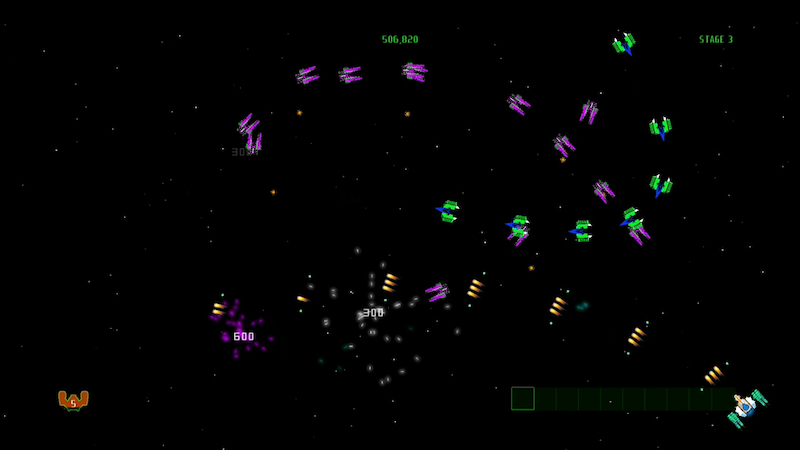 There are other ways in which Zotrix alters the tenets of arcade games in a good way. For starters, you can turn the music down, or even off. Which is especially good if, like me, you find old school arcade game music to be redundant, terrible, or just too loud relevant to a game’s sound effects.

Zotrix also lets you buy special weapons, shields, and other upgrades to your ship, some of which you have a limited number of uses, while others can be used multiple times. In doing so, it not only allows you to customize your ship in interesting and effective ways, but it also means that you can play the multiple times and have it feel somewhat different.

That said, there is a complexity to this customizing that doesn’t really fit with the rest of the game. Instead of a simple, arcade-ish system where you’d earn credits by killing enemies, and then exchange those credits for a fancy shield or a decoy drone, you also need the right resources as well. It’s not enough to have 72,000 credits to buy the Green Blade asteroid blaster, you also need 160 ice units and 20 iridium. Which isn’t to say this ruins the game or anything, just that it adds a layer of complexity that doesn’t fit the rest of the game.

The needlessly complex upgrade system isn’t the only change that Zotrix makes to the old school formula that didn’t work as well for me. Instead of having you go on a series of missions that get increasingly difficult, you go to mission command and select from a handful of missions. The problem being that there’s nothing in this menu to indicate when you’ve beaten a mission, nor are completed missions replaced with new ones. Again, this doesn’t ruin anything, but it does seem unnecessary. 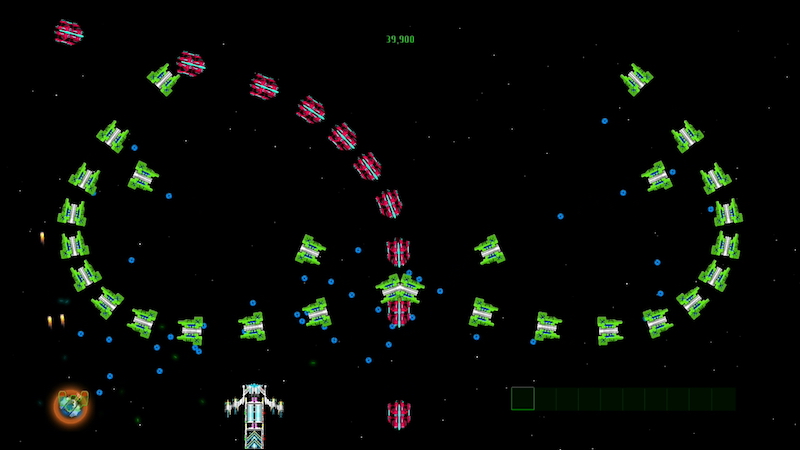 What’s ironic about complaining when Zotrix isn’t old school enough is that there’s a far more annoying issue because one aspect of the game is too old school. Specifically, the size and style of the text. If you sit at a reasonable distance from your television — y’know, like your momma told you to — you’ll have trouble reading the menus and your score because the font is too small. Though even when it is a reasonable size, like when you’re getting a bit of background story, it’s still somewhat hard to read because the font is one that’s clearly not meant to be viewed from a distance, as it has letters that are hard to distinguish from far away. Though this could be because. as I said, the game was originally made for computers; on a computer, the menus wouldn’t be so hard to read.

While the main mode of Zotrix has some problems, many of them — though, sadly, not the text one are absent from the far more fun “Arcade” mode. Besides giving you a linear progression of alien waves to battle, it also simplifies the upgrade system by giving you a handful to chose from, and only requiring you to have enough money, not resources. You also get to buy new upgrades after completing a wave, though what’s cool is that your weapons don’t reset back to their original form, and instead you retain whatever upgrades you picked-up.

Though, on the flipside, it also doesn’t reset your shields or the numbers of lives you have, either. And once you run out of those lives, it’s game over. No continues, no nothing. Still, this mode was a lot more fun that the regular one. 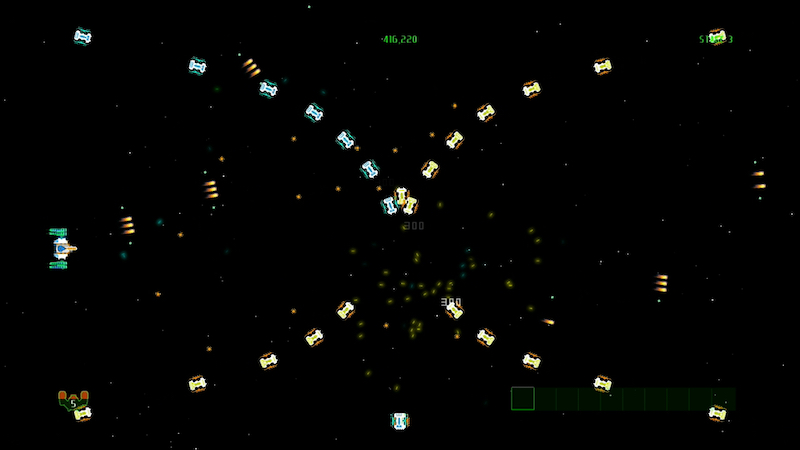 Despite all my whining, there is a lot to like about Zotrix if you’re a fan of old school arcade games. Most of my issues with it are not real problems, just differences of opinion. At its core, Zotrix does a good job of mixing elements of Asteroids, Robotron, and Galaga in an interesting way. 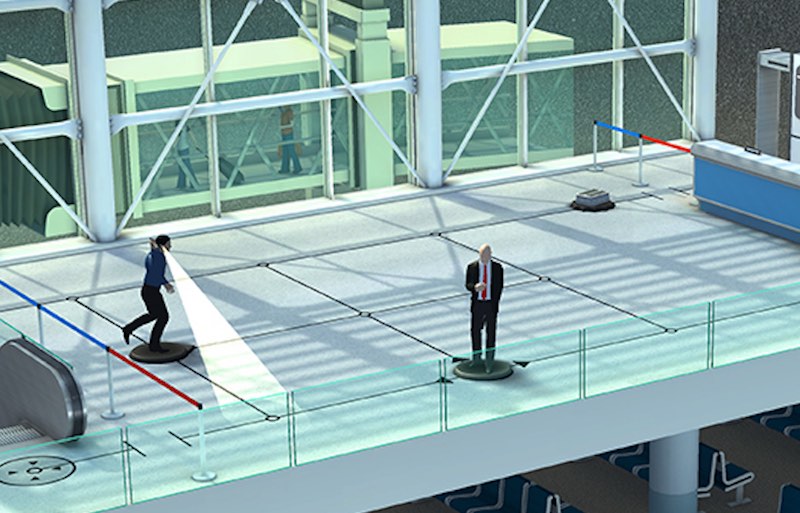 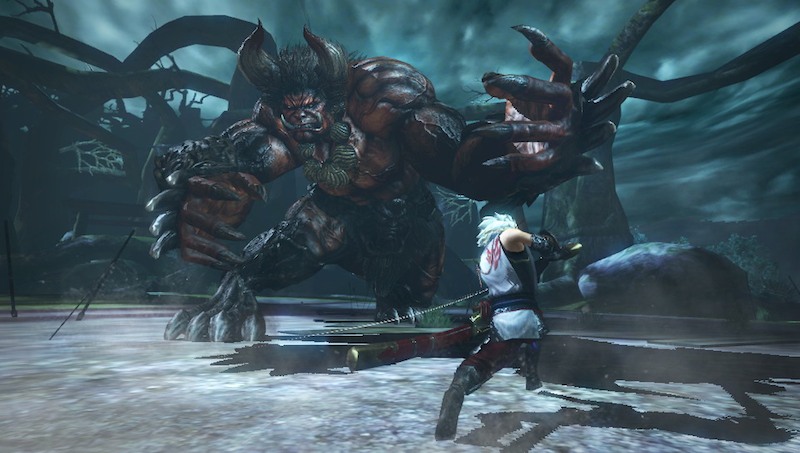 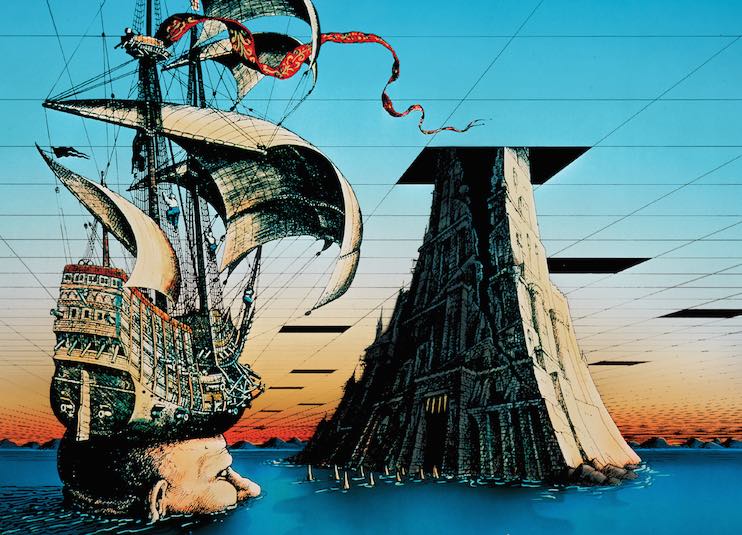