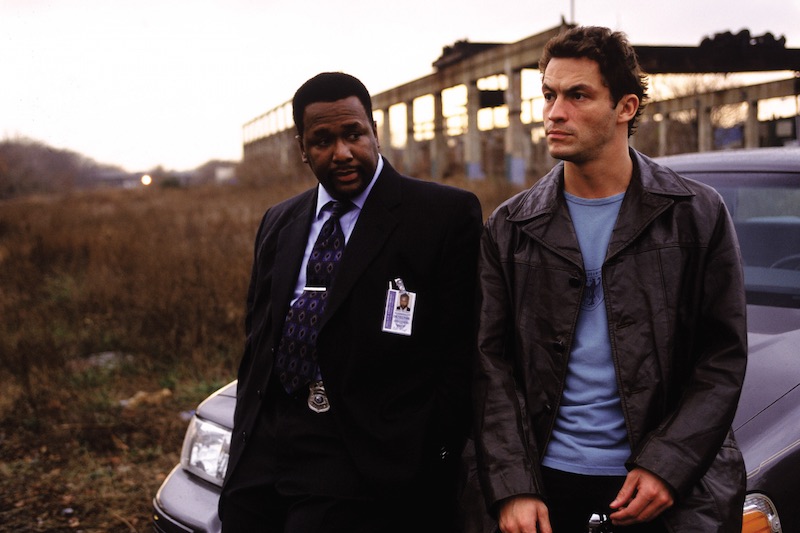 In the seven years since its fifth and final season aired on HBO, The Wire has been repeatedly been called “the best show in the history of television.” And while all of The Simpsons toys in my apartment would beg to differ, after watching The Wire The Complete Series Blu-ray, it’s hard to argue that this crime drama doesn’t live up to its legacy, even if some of its longtime fans won’t feel as positive about this collection. 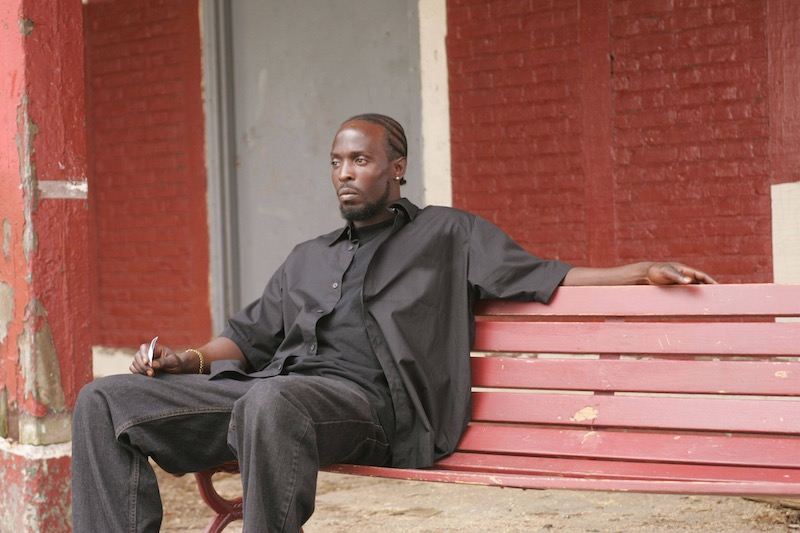 For those who didn’t see it when it aired on HBO from 2002 through 2008, or in any of the years since, The Wire is a gritty crime drama set in Baltimore, Maryland. It was created, executive produced, and often written by David Simon, an author and former crime beat reporter whose 1991 book Homicide: A Year On The Killing Streets inspired the TV show Homicide: Life On The Street, for which he was also a writer and producer. Which explains why The Wire isn’t just well-written, it’s also intricate and rather literate.

Unlike such crime dramas as Law & Order or C.S.I., though, The Wire isn’t a procedural or a mystery. Instead, it’s more like Battlestar Galactica in how it’s as much about the criminals and the politics of police work as it is about the cops and the crime they’re investigating, with the role of the media adding yet another layer in season five. The Wire also has a serialized story, which makes it feel more like a really long movie.

That said, if you prefer crime shows where things get wrapped up neatly at the end, or where half the fun is trying to figure out whodunit, The Wire The Complete Series Blu-ray is not for you. You’ll probably find it kind of slow, dry, or boring. You also might not like that most of the characters aren’t totally good or totally bad, but are instead varying shades of grey. It also doesn’t do a great job of explaining police procedure, nor does it have characters connecting the dots out loud. It’s also odd that, for all its edge and rawness, that The Wire’s theme song is so flaccid and annoying. In this regard, advantage: Simpsons.

As for the way this show is presented on The Wire The Complete Series Blu-ray, thanks to its remastered picture, this looks far better than when it originally aired on HBO. Granted, it doesn’t look as crisp as a show that was shot in HD, but compared to how it looked when it first aired years ago, it’s a revelation.

But this is where longtime fans of the show may bristle at buying The Wire The Complete Series Blu-ray. Along with remastering the picture, this also presents the show in 16:9 widescreen, a change from the original 4:3. And while they didn’t do something terrible like stretch the picture out, and instead just cropped the top and bottom, purists and longtime fans may feel cheated or that the reformatting just ain’t right. Especially since it would’ve been real easy to remaster the picture but give viewers the option of watching it with the original dimensions or with the new 16:9, much like how the Star Trek: The Original Series Blu-rays let fans of that show watch the episodes as they original aired or with updated special effects.

That said, if the change in screen dimensions aren’t an issue for you, this is a non-issue. Doubly so if The Wire The Complete Series Blu-ray is the first time you’re watching this show since you won’t have anything to compare it to.

While the improved picture quality may the best reason to get The Wire The Complete Series Blu-ray (while the screen dimensions may be why you won’t), the collection also includes a handful of extras, though most were available on the previously released seasonal and Complete Series DVD. 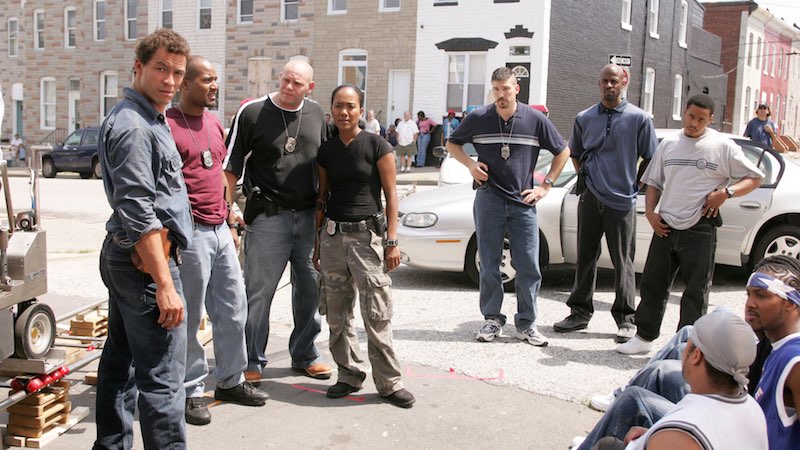 First up on The Wire The Complete Series Blu-ray are commentaries on twenty-two of the sixty episodes by Simon, the writers, and other members of the crew. But while they’re informative, the best ones are those that also feature such cast members as Dominic West (Jimmy McNulty) and Michael K. Williams (Omar Little). When it’s just the writers, directors, and producers, these commentaries are a bit film school-ish; with the cast, they’re decidedly lighter in tone and less inside baseball.

The cast and crew also come into play in “The Wire Reunion,” which was shot in October of 2014, six years after the show went off the air. Featuring members of the cast and crew, including Simon, this ninety minute long panel discussion at The Paley Center For Media is the most in-depth and informative of this collection’s extras.

The Wire The Complete Series Blu-ray also includes “The Wire Odyssey,” a nearly half-hour- long look back at the show’s first four seasons. Which might seem unnecessary in a boxed set of a show’s complete run, though there’s undoubtedly some purists who are glad they included this extra from The Wire: The Complete Fifth Season DVD, especially since it isn’t just a recap made of clips, but is instead a retrospective full of interviews.

Then there’s “The Wire: The Last Word,” which spends twenty-six minutes on how and why the newspaper added another dimension to this show during its fifth season. Though it also goes into how this reflects what’s really going on with the media these days.

But the most interesting extra on The Wire The Complete Series Blu-ray are “Three Prequels,” which show what Prop Joe was like as a kid in 1962, what Omar Little was like as a teen in 1985, and what happened when future partners Bunk and McNulty first met in 2000. And while it may seem like they should’ve been located on the first disc instead of the last, they’re actually more like short character studies than prequels to the show, especially since they’re only a couple minutes long each. 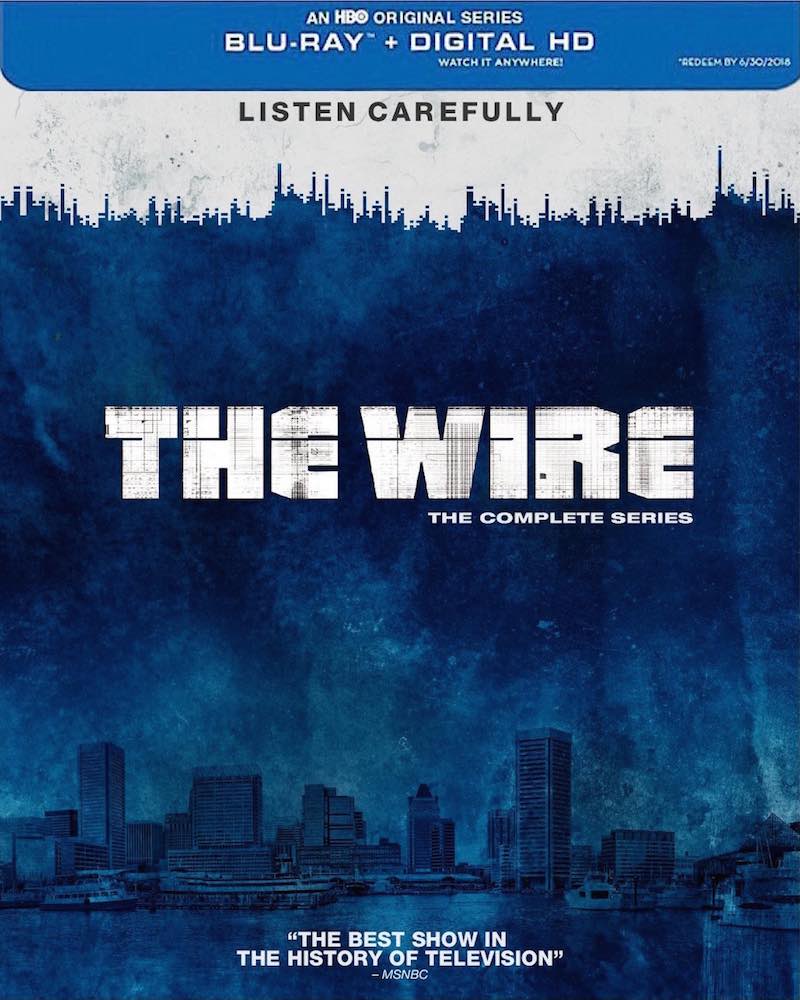 Ultimately, The Wire may not be The Simpsons, but it is an exceptional crime drama. And unless you’re a purist where screen dimensions are concerned, The Wire The Complete Series Blu-ray is the best way to watch it.

One thought on “The Wire The Complete Series Blu-ray Review”