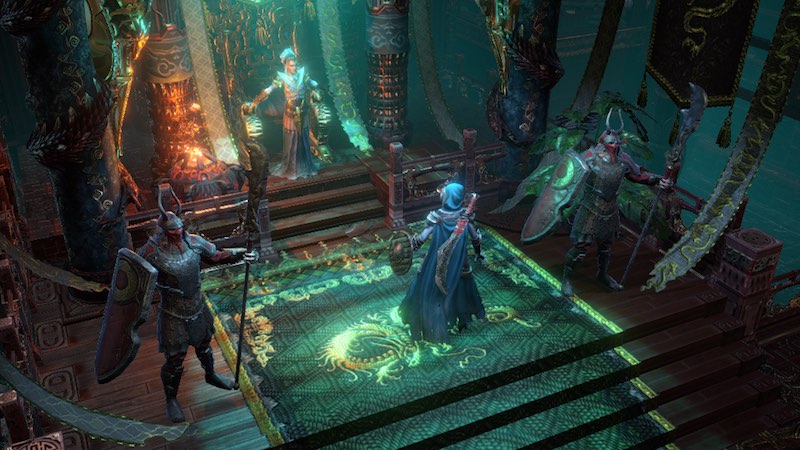 At its core, Shadows: Awakening (PlayStation 4, Xbox One, PC) is an isometric, third-person, action-centric role-playing game in the vein of Diablo III. But what sets it apart, and helps make it one of the more engaging games of the year, is how it not only lets you switch between parallel dimensions, but also how it has you using this mechanic in clever ways. 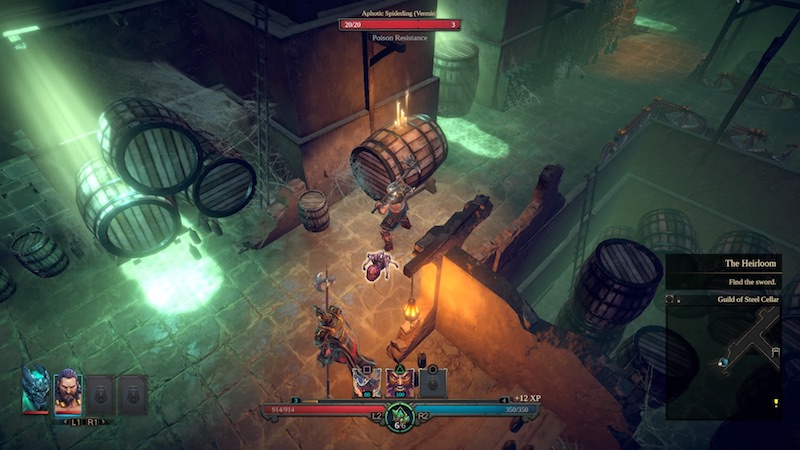 …to do his bidding by a mysterious hooded man, a demon called The Devourer resurrects a fallen soul, and then uses their corporeal form to switch back and forth between the Shadowrealm and The Mortal Realm.

Admittedly, being able to switch between realms in real time is not unique to Shadows: Awakening. It was a central mechanic of the previous game in this series, Shadows: Heretic Kingdoms (itself a sequel to 2004’s Heretic Kingdoms: The Inquisition), and something we’ve seen used in great effect in Titanfall 2. Except that unlike games with a similar mechanic, you aren’t just limited to just two timeframes, realities, or, in this case, forms. While The Devourer is the only one who wanders the halls of the Shadowrealm, you can explore the Mortal Realm by switching between the warrior Kalig, the two-fisted werewolf Zaar, and the pappy goblin Urshak whenever you please.

These new forms, like The Devourer and your original human incarnation, not only have their own independent health and magic meters, but also have their own weapon and armor sets, as well as their own individual attributes, though they all level up at the same rate. 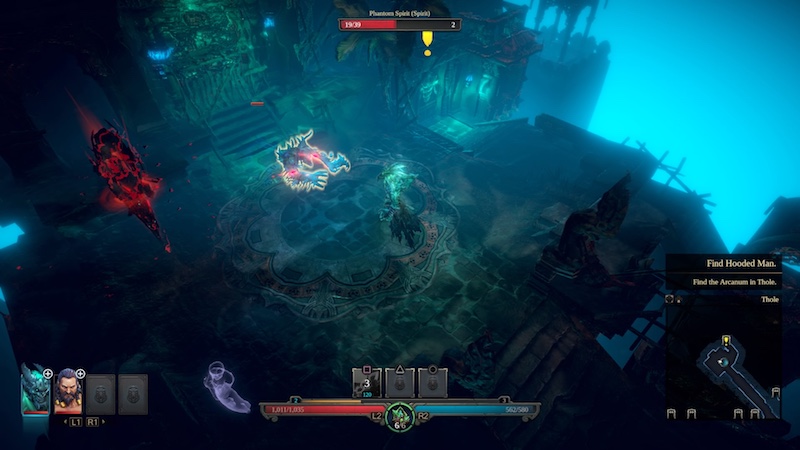 Other differences between the realms in Shadows: Awakening include chests and doors that are only accessible in only one or the other, as well as realm-specific merchants. That said, most walls and other structures are present in both realms, as are many of the traps that guard the treasure you seek.

More importantly, most enemies you face in Shadows: Awakening exist in one realm or the other, though infested areas tend to be populated simultaneously, and there are bosses and mini-bosses who straddle both. Good thing you can switch realities during combat. Like other action-RPGs, Shadows: Awakening gives your characters special attacks that must recharge over time. But they recharge even when you’re in the other realm. Which means you can use one of your demon powers, switch to your corporeal self to use one of their special attacks, and have your demon power recharged, or close to it, when you go back to the Shadowrealm. 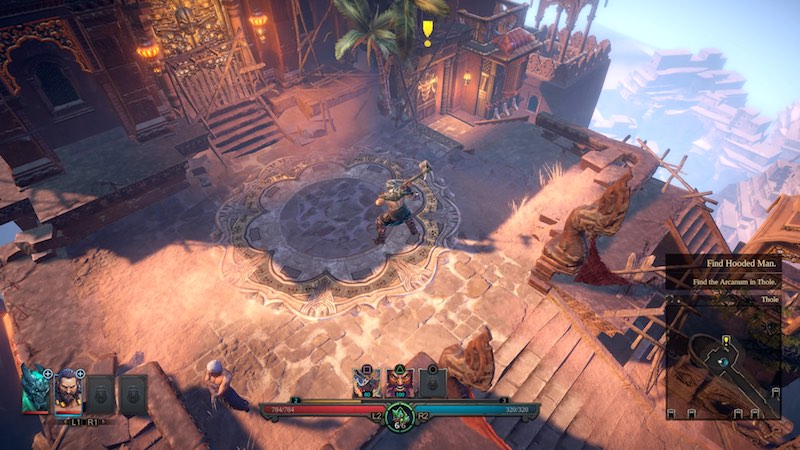 What you can’t do…

…with the realm switching mechanic in Shadows: Awakening is use it to take cheap shots. Time stands still in a realm when you switch to the other, and enemies in the Mortal Realm appear as ghostly images in the Shadowrealm. But if you spot an enemy in the Mortal Realm, switch to the Shadowrealm, move behind them, and then switch back, you don’t then catch your enemy unaware or susceptible to a sneak attack. Nor can you place yourself in their ghost image, then switch to the Mortal Realm with the intention of exploding them from within courtesy of the Pauli exclusion principle (no relation), which states that two objects cannot occupy the same space at the same time.

That said, when playing as a character with a melee weapon, you can use this mechanic to get within striking distance of an archer without being hit in your approach. You can also, if badly hurt, switch realms, move out of harm’s way, and then switch back and hit the health button. Which is something else I like about this game; it makes it easy to replenish your health, even in the throes of battle.

Shadows: Awakening also has you using the realm switching mechanic to solve puzzles and situational problems. Early on, for example, you have to go back and forth when you get to an area where the platform you need to cross is moving in the Mortal Realm but stationary in the Shadowrealm. And while these puzzling moments are relatively infrequent, they can be challenging. 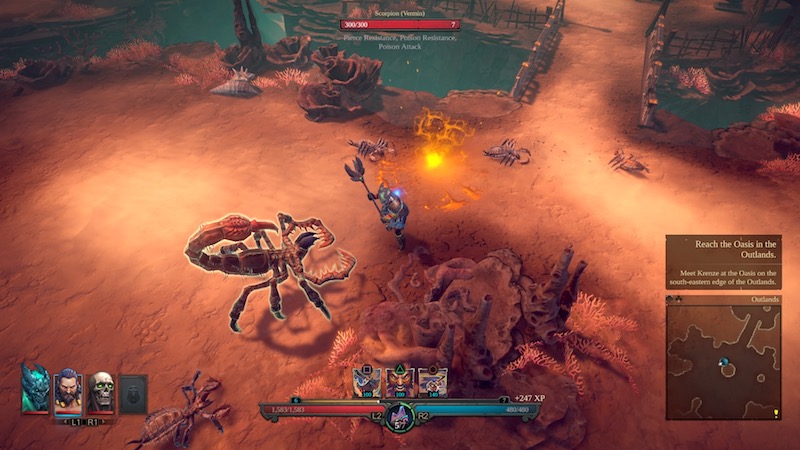 Aside from all the realm switching,

…though, Shadows: Awakening is a fairly typical action-RPG. There’s numerous enemies, and enemy types, to smack around; most of them drop loot when they die; and there’s tons of other gems and weapons and other fun stuff just lying around or in boxes for you to take as you see fit.

Shadows: Awakeningis also driven by a fairly typical fantasy story, though one that’s far more influenced by the middle eastern flavor Robert E. Howard injected into his Conan The Barbarian stories than the medieval motifs of J.R.R. Tolkien’s The Lord Of The Rings. Which is why your enemies are giant spiders, oversized scorpions, and lizard people, not orcs, trolls, or dragons.

It’s also one of those isometric third-person action/adventure games that doesn’t let you to change the perspective. Though, unlike other games that share this limitation, the stationary camera almost never blocks your view or prevents you from seeing something important. 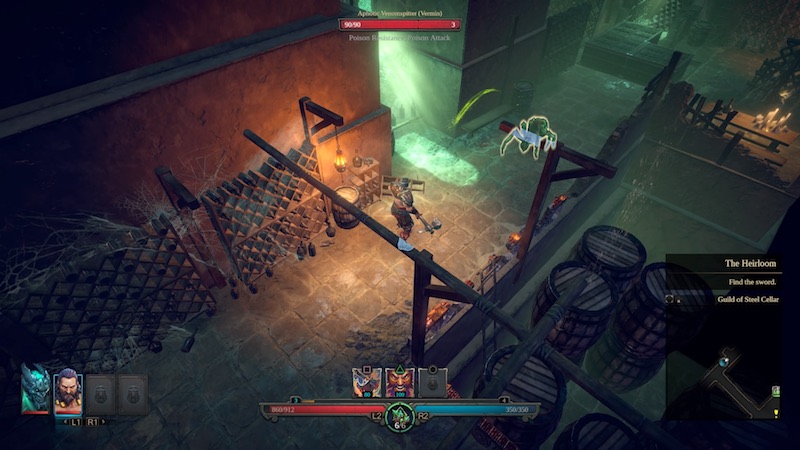 That said, when played on a TV,

…and from a reasonable distance from it, there are times when it would’ve been helpful to pull the camera in closer. The visual element that indicates when you’re opening a door is so slight that it’s hard to see if it’s working or not. Similarly, the button prompts are also tiny, as is the interactive dialog, of which there’s a lot. But the worst visual issue is in the menus, where the text is not only too small, but is also dark brown against a black background, which renders it difficult to see even if you get close to your TV.

This, unfortunately, is not the only issue in Shadows: Awakening. For starters, there’s a slight disparity in the tenaciousness of your larger enemies. While bosses are supposed to be tougher — that’s why they’re the boss — a couple are disproportionately stronger than others. There’s also some minor technical difficulties, including how the visuals sometimes stutter when there’s a lot of enemies attacking, and how characters occasionally get stuck on a piece of the world and have to be wiggled free. 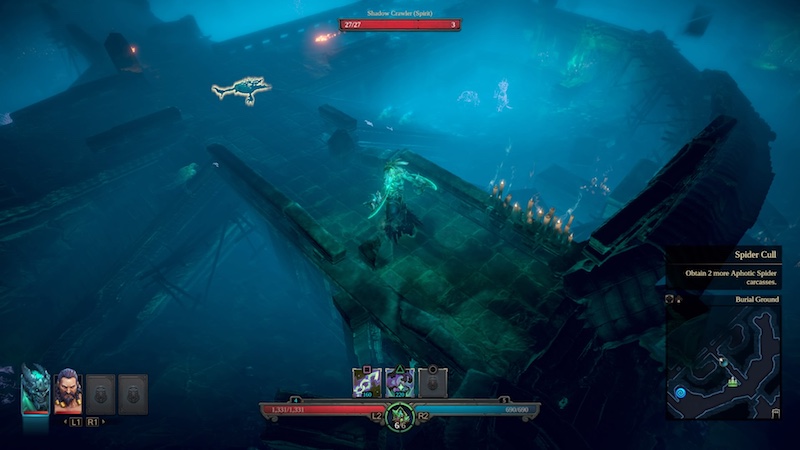 …Shadows: Awakening is basically Diablo III, but with a clever mechanic that makes it less of a clone or rip-off and more like an interesting variation on a theme. While it’s won’t usurp Diablo III as the game you’re supposed to compare all isometric action-RPGs to, it’s still one of the more addictive games of the year, and will engage anyone looking for a realm or two where they can run around, hack monsters, and then steal their stuff. 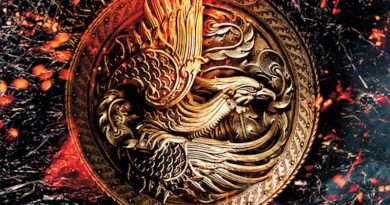 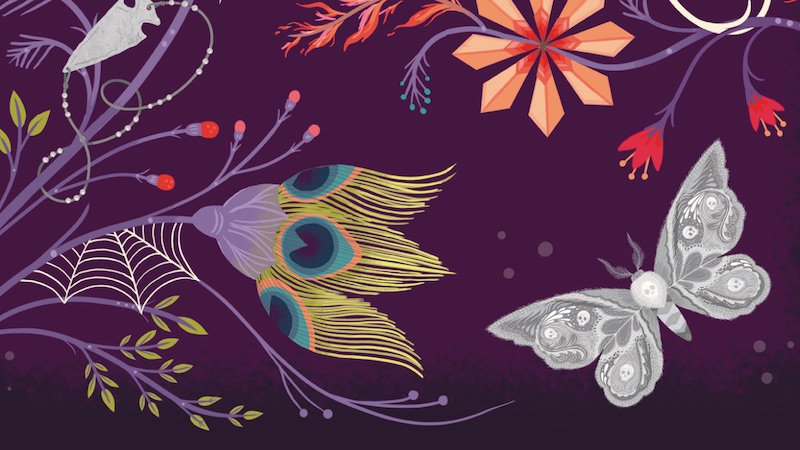 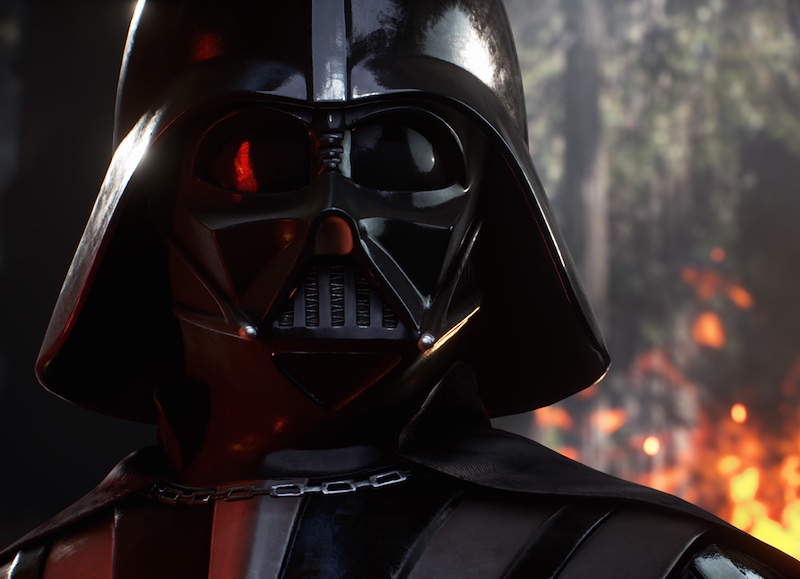 One thought on “Shadows: Awakening Review”