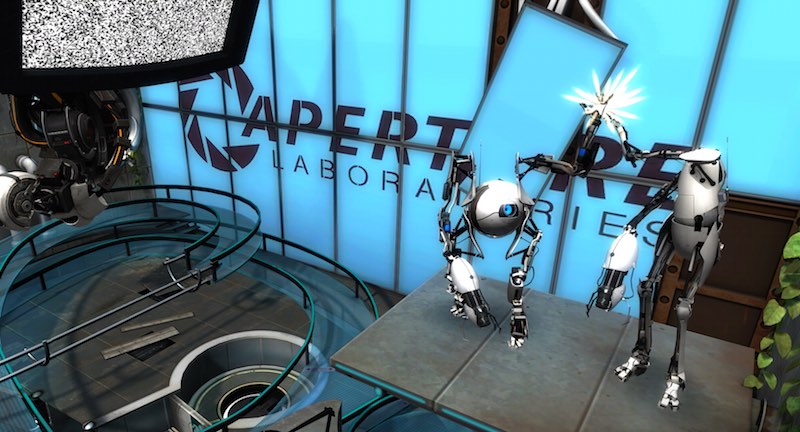 While Zen Studios have spent much of the last few years making numerous Star Wars and Marvel Comics tables, they’ve occasionally found the time to adapt other video games — including Telltale’s Walking Dead adventure game, Tecmo’s Ninja Gaiden Sigma 2, and their own Castle Storm — into fun tables as well. The latest of these is based on Valve’s Portal, which is coming to Zen Pinball 2 (PlayStation 4, PlayStation 3, Vita), Pinball FX 2 (Xbox One, Xbox 360, PC), Zen Pinball (iOS), and Zen Pinball HD (Android, Amazon). And while I would’ve preferred a Half-Life 2 table, since I like that shooter more than the puzzling Portal, even I found myself getting swept up by this table. 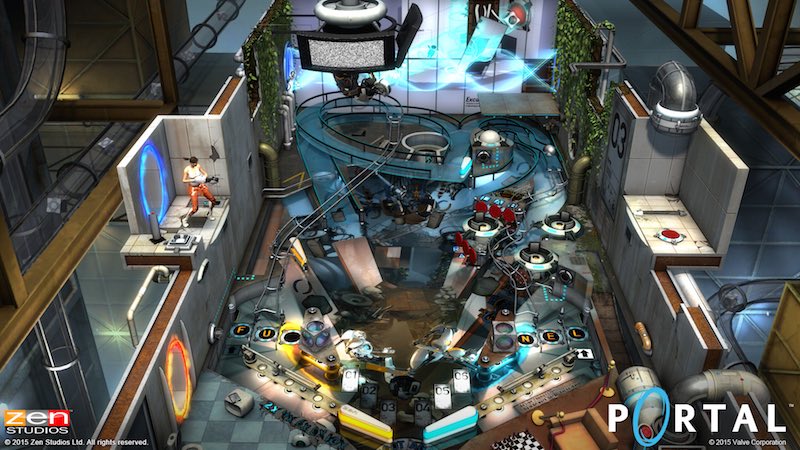 For those who’ve never played Zen Pinball 2 et al, all are virtual pinball arcades in video game form. But while they employ realistic physics and sound effects to make the ball move and sound like it would in a real pinball machine, Zen’s tables have such elaborate and complicated mechanics that to build them for real would either be physically impossible or financially irresponsible.

In the case of this Portal table, for instance, that complexity takes the form of a second, hidden table inside the first, an action figure of Chell using her portal gun to get around, and, of course, a portal that will transport the ball through time and space. There’s even a boss battle against GLaDOS, though like the boss battles in other games, it’ll take you a lot of time and energy to get to this one, let alone complete it.

What’s interesting is that while the Portal table has all the complexity of a regular Pinball FX 2 etc. table, the main floor is relatively sparse. Which is rather perfect, given that Portal was a game that seemed simple on the surface, but had many hidden layers that only revealed themselves slowly. 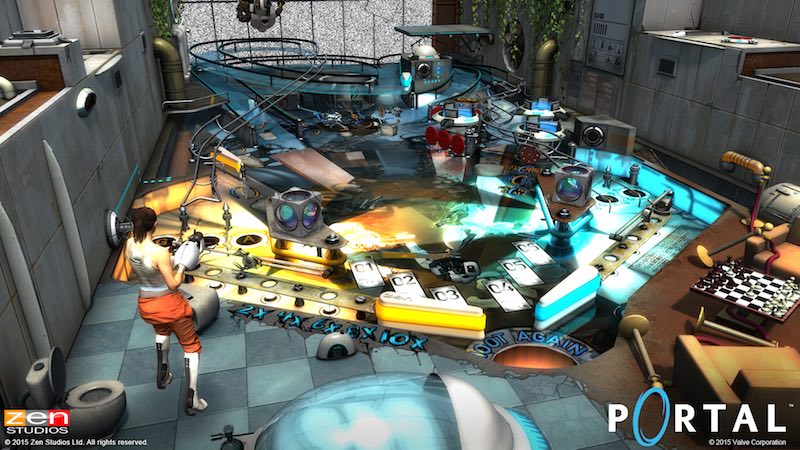 The Portal table is also steeped in fan service. Not only did Valve consult on the table, and let Zen Studios use art assets from the original game, but the table also employs the game’s dialog sound files.

Even cooler, you need not be a fan of that game to enjoy this game, especially if you don’t mind missing an inside joke or two. (The cake is a what now?) Not only does it have some fun twists, but it has decidedly more bumpers than a typical Zen Studios table, which really gets the ball bouncing around nicely. In fact, if it wasn’t for all the secret stuff — and, of course, the portals — this would be one of the more conventional tables Zen have built in a long time, which makes it a welcome change of pace.

As much fun as the Portal table may be, however, it’s not without its disappointments. Well, sort of. Taken for what it is, it’s a fun and challenging table. But it’s hard not to think it couldn’t use more portals, especially if they cropped up randomly. Granted, this would have to be handled carefully — like maybe they only drop the ball off in set places, not randomly as well — but it could be done.

Also, if you play the Portal table on a console, you might have trouble reading some of the in-game messages, as the text is too small. Granted, it’s not that big of a deal, since they’re never anything you need to know, just messages informing you how close you are you are to beating your high score, that sort of thing. But it would still be nice if you could read them, if only because, as they are now, they can be a bit of a distraction. Thankfully, this is not an issue if you play it on the Vita, smart phone, or tablet. 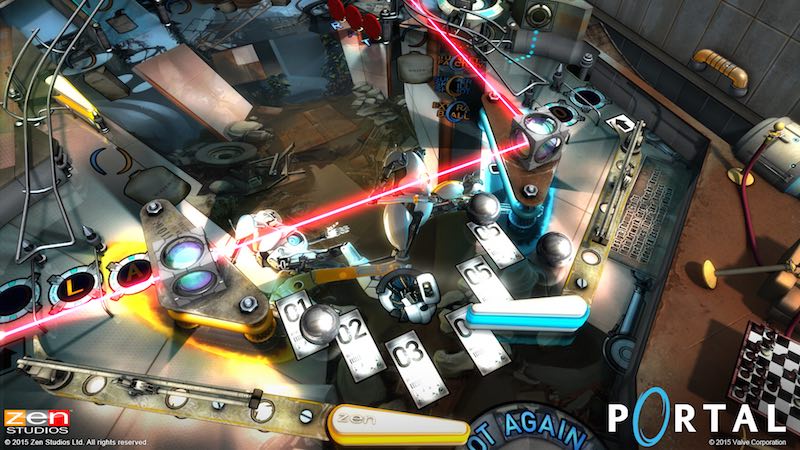 Ultimately, though, the Portal table is another fun one for Zen Pinball 2 and so on. One that will hopefully prompt Valve to let Zen Studios make tables for Team Fortress 2 and, please, Half-Life 2 as well.