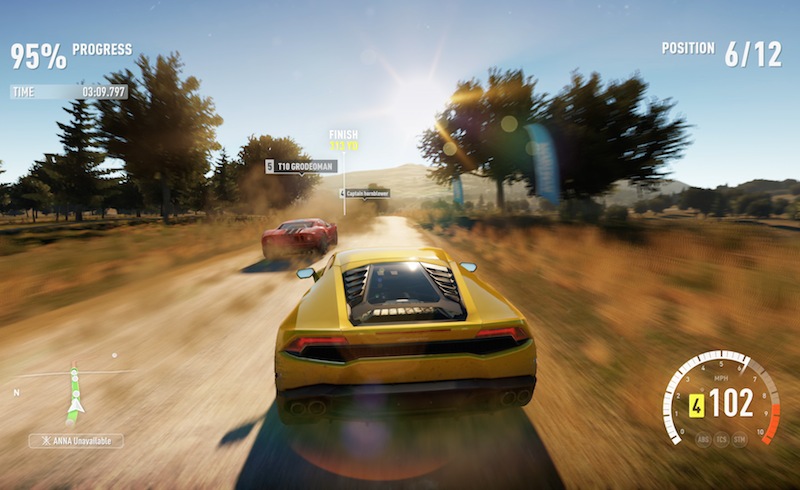 In 2011, when Turn 10 Studios added optional braking and steering assists to Forza Motorsport 4, they changed their serious racing sim into, well, a still serious racing sim that could also be played as a less realistic racer. But while this was much appreciated, for fans of the latter (like me), it didn’t quite go far enough. Now Playground Games, under the supervision of Turn 10, have improved things further with the Xbox One version of Forza Horizon 2 (the Xbox 360 version of which was made by Sumo Digital, and not provided to me for review). Which is why, despite having some rather irritating issues and a structural problem, Forza Horizon 2 leads the pack as this generation’s best racing game. 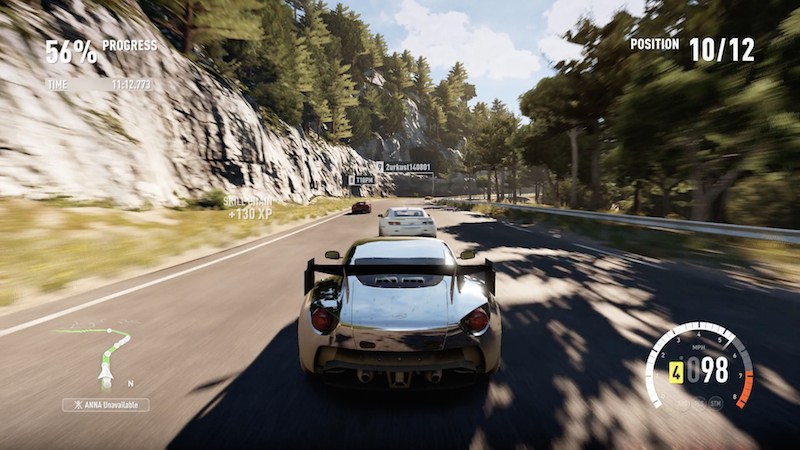 For those unfamiliar with the Forza series, and how the Horizon spin-offs fit into it, the Forza Motorsport installments have you racing real cars on actual courses and closed streets, while Forza Horizon 2, like its 2012 predecessor, is an open world racing game in which you drive streets that, for the most part, not only haven’t been cordoned off, but are often (though sparsely) used by other motorists.

Though these aren’t just any streets you’ll be racing on in Forza Horizon 2. No, these are the twisted roads of Northern Italy and the south of France. Which doesn’t just mean you’ll need your steering skills to stay on the road, but some focus to keep yourself from being distracted by the picturesque scenery. Which, having been to the latter area, I can attest this game does a good job of capturing in both look and feel.

As you progress through the career in Forza Horizon 2, you’ll constantly unlock new events, including both point-to-point races, multi-lap contests, and, unfortunately, those annoying “race against a plane” challenges that were the low points of the original Forza Horizon…except now you also clash with a train. In addition, you can also find “bucket list” challenges in the world, which gives you, for instance, a short window in which to drive to a certain spot as fast as you can using a specific car. And if that isn’t enough, there’s also the online races, while you can also challenge some other cars on the road to go head-to-head just by pulling up behind them.

Winning any of these races won’t just give you the satisfaction of a job well done, though. You also earn experience points that, like in a role-playing game, will level you up, with each new level giving you a spin on a prize wheel where you can win money…or A BRAND NEW CAR! (And yes, to answer the obvious question, I have won a couple cars, but I’ve won money more often.) 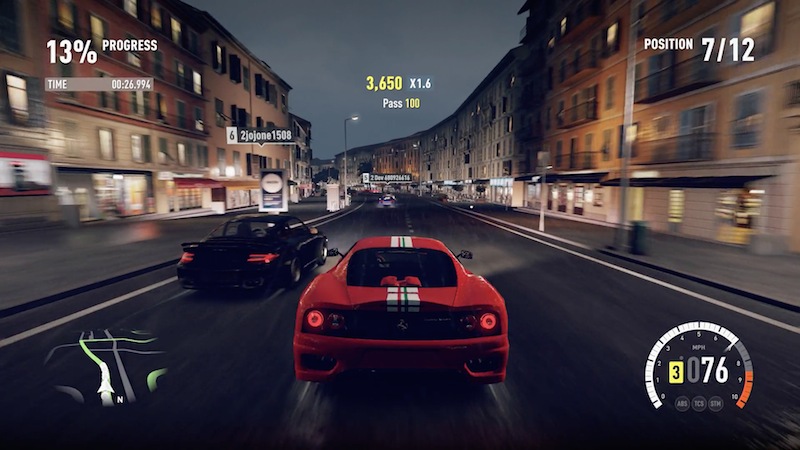 Forza Horizon 2 also has a perk system, but these are only unlocked when you drive with style. Though their idea of “style” would be considered reckless in the real world, since it includes things like nearly hitting other cars and skidding out. Still, when you do them enough, you can unlock perks that will give you, for instance, 10% off the price of cars or upgrade parts.

It’s just too bad Forza Horizon 2 doesn’t have a perk that would give this a more linear structure like its big brother Forza Motorsport 5. Because Forza Horizon 2 is an open world racing game, you have to drive to every event. But while there are things to do on the way — such as speeding past red light cameras and knocking down signs that some local business paid good money for — most are really just momentary distractions. Which is why, like in every other open world racing game that doesn’t have a fast travel system, having to drive to most events in Forza Horizon 2 gets real a bit tedious after a while.

Though, admittedly, the operative word in the previous sentence was “most.” One of things you do from time to time in Forza Horizon 2 is take a road trip to another area. But while the Paul Bettany-sounding announcer keeps telling you it’s not a race, you can still try to get there as fast as you can, which makes this cross-country treks far more fun than when you have to drive to the next rally.

What’s also annoying — if you’re like me and don’t give a crap about what your fellow Forza friends are up to — is that Forza Horizon 2 constantly tells you how you’re doing compared to people on your friends list. It even gives you the option to challenge a friend’s best time at the end of every event. Which is fine, if you’re competitively minded, but for those of us who aren’t, and for whom this stuff just reminds us how much we suck at racing games, it can be rather annoying. Especially since there’s no option to turn it off. 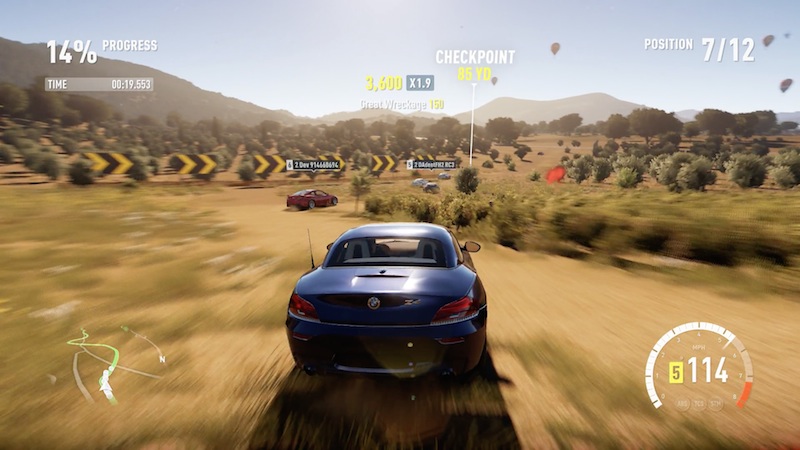 Then there’s the issue with Forza Horizon 2 that actually makes it more realistic that you might want: The GPS system is as screwy as the one you have in your car or on your phone. While it doesn’t mispronounce street names in hilarious ways, it does sometimes tell you to “turn right” when you should be turning left or, at the very least, bearing right. Granted, you always have your helpful and far more accurate map, but since you can drive off the road in this game (and sometimes actually have to), the difference between “right” and “left” and the difference between “turning” and “bearing” can be the difference between “winning” and “losing.”

Forza Horizon 2 also has a problem so common these days that I now just cut and paste this paragraph into almost every game review I do (seriously, go check): some of the type is too small. Unless you sit really, really close to your TV — y’know, like your mama told you not to — you’ll have a hard time reading the lap times or your rival’s lap times…or The New York Times…or Time magazine…or Kurt Vonnegut’s Timequake…or, okay, you get the idea.

Despite these annoyances, though, Forza Horizon 2 is still a lot of fun. Especially if you’re not into playing this as a sim since, as I said earlier, the cars’ handling has been noticeably improved, regardless of whether it’s a street legal coupe or a high end sports car. If you have both Traction Control and Stability Control turned on, your car will hug the road like you just got new tires and are driving on a freshly paved street.

Which isn’t to say you won’t ever skid out in Forza Horizon 2. You will, especially if you try driving some Italian sports car 150MPH when it’s raining. Just that where before you’d slip and slide all over the place, now your car regains its traction much quicker. Granted, this doesn’t turn Forza Horizon 2 into Mario Kart 8 or anything, but it does make this much closer to, say, Need For Speed than this series has ever been before. 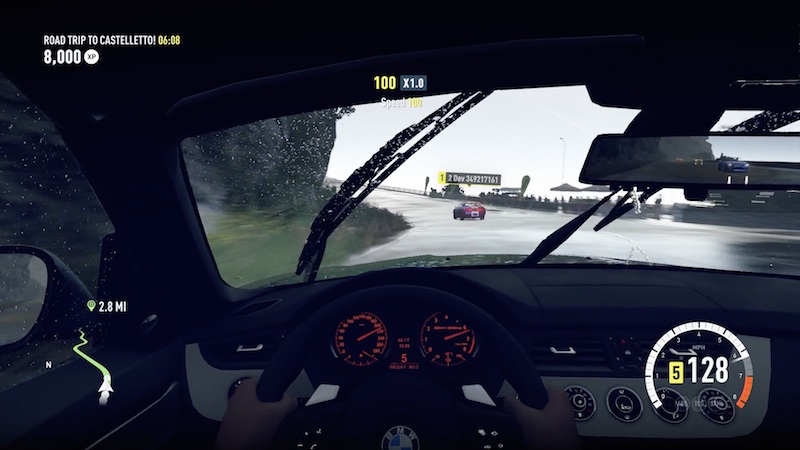 Though now there are times when I think I may need new brakes.

Forza Horizon 2 also fixes an issue with Forza Motorsport 5 that almost ruined that game: the Drivatar system that based the driving skills of your competition on how your friends and other real people drove. Which was a disaster because it turned your opponents from the skilled drivers they were in Forza Motorsport 4 and the original Forza Horizon into idiots who mistook races for a bumper cars. But in Forza Horizon 2, your competition once again act like they’ve actually taken Drivers’ Ed.

In fact, because of the improved controls and dialed-back Drivatar system, Forza Horizon 2 so much fun to drive that I’m willing to forgive everything else. It really is that much of an improvement, and is thus the best racing game we’ve gotten on the new generation of consoles so far. Well, for fans of less realistic racers, anyway. 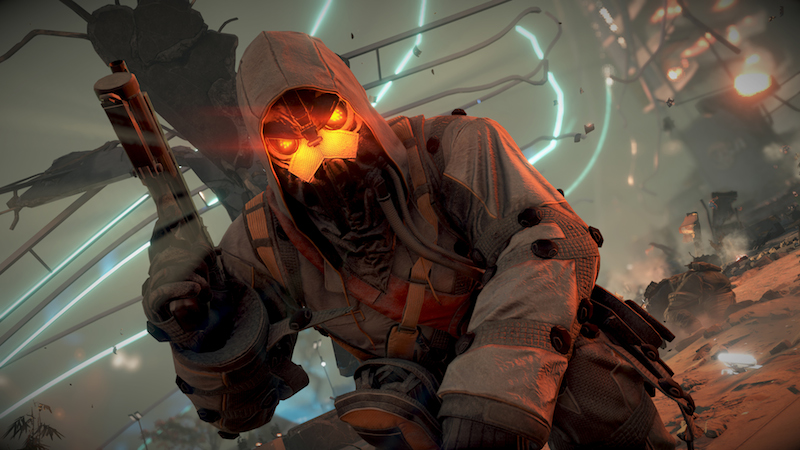 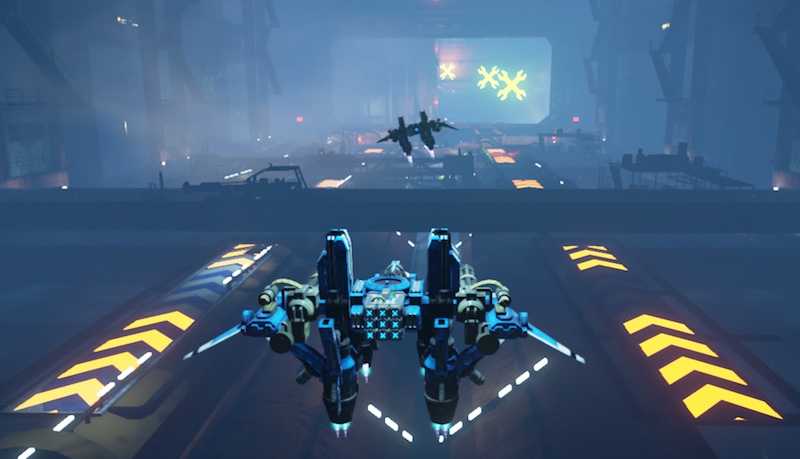 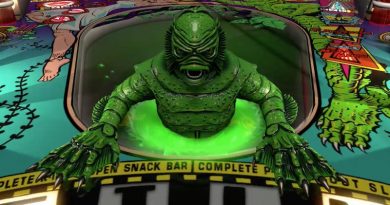