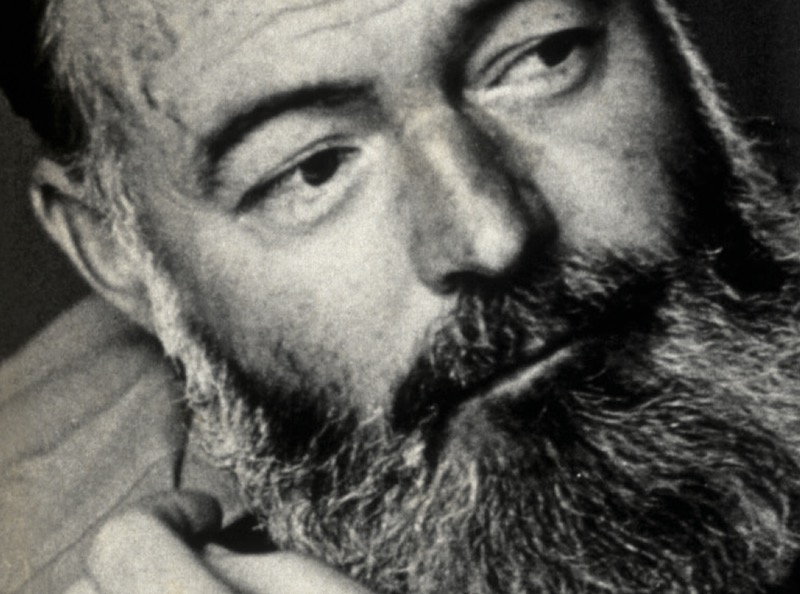 In 2011, Jennet Conant released the book A Covert Affair: Julia Child And Paul Child In The OSS, the real-life story of how the famous TV chef spent World War II working for the intelligence agency that became the CIA. But it seems Child wasn’t the only famous face pull a James Bond. In Writer, Sailor, Soldier, Spy: Ernest Hemingway’s Secret Adventures, 1935-1961 (hardcover, digital, audiobook), former CIA officer and CIA Museum historian Nicholas Reynolds details how the writer of The Old Man And The Sea and The Sun Also Rises worked for the Soviet Secret Service. But in talking to Reynolds about this non-fiction tome, he discussed how his book is not just a ripping yarn about what Hemingway did, but also delves into why. 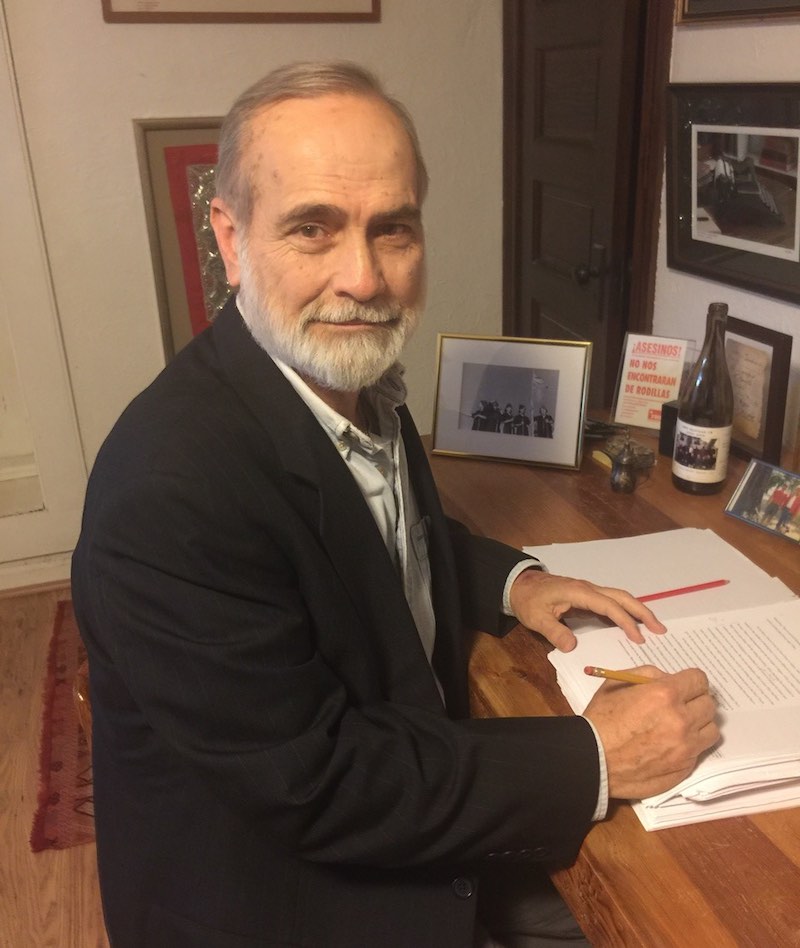 So, what is Writer, Sailor, Soldier, Spy about?

Writer, Sailor, Soldier, Spy answer the basic question of what was the meaning of Hemingway’s dalliance with the Soviet Secret Service, the NKVD, in 1940, which is the time when he agreed to work with them against fascism.

Where did you get the idea to write this book?

When I first read about [what Hemingway had done], I thought that this is not the Hemingway we’re accustomed to. We’re used to the Hemingway who is someone with semi-formed left wing sympathies, a general predilection to prefer the underdog over the tycoon, but not someone who gets involved in politics in an organized way, not someone who commits to an ideology of any sort. But when you sign up with the NKVD, it kind of looks ideological, especially for someone of my generation who lives through The Cold War. In fact, that’s what they called him in their files, they called him an ideological recruit.

Now I initially thought someone would’ve answered the question I mentioned earlier, and that my research wouldn’t take very long, just until I found a Hemingway expert who had looked at all the angles. But nobody had done that.

Some non-fiction history books take an academic approach, or are really detailed, while others have a more lighthearted feel. What kind of tone did you employ for Writer, Sailor, Soldier, Spy, and why did you feel this would be the best one for this book?

I am a classically trained historian, I’m used to writing the facts in a very precise way, and footnoting my sources, and worrying more about accuracy than color or readability. But in this case, I had a great story with a lot of lot of passion and drama, and I had terrific support from my editor and a couple of book groups that I belong to, who pushed me in the direction of writing creative non-fiction. So I’m hoping that the end result is fun to read for people, and that I tell the story in a way that they can enjoy reading the story as well as learn something, and then come to their own conclusion as to whether my answer to the question is a good one. 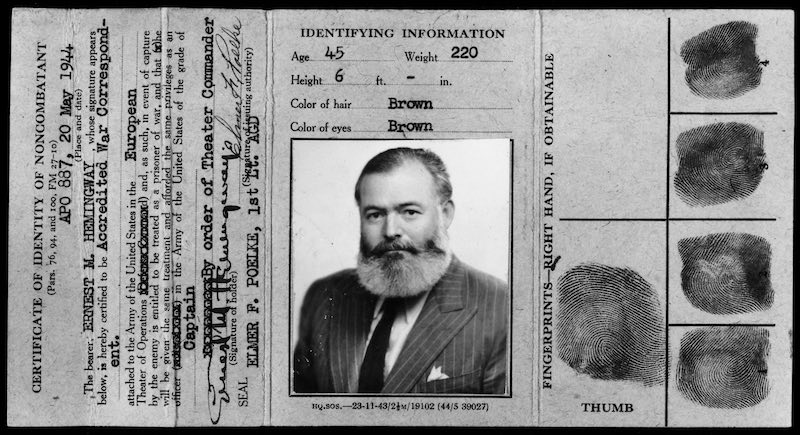 The title of your book is obviously a riff on the name of John le Carre’s 1974 spy novel Tinker Tailor Soldier Spy. But is there something about the way Hemingway behaved, or your book, that makes the title rather apropos and not just clever?

As you can imagine, coming up with that title took quite some time. It involved the publisher, my literary agent, my writers’ group, and some friends of mine who are big readers.

The reason I think it’s apropos is that Hemingway got involved in a lot of activities in his life. Writer is the one he excelled at, I think he was in a class by himself, but he was also very good at a lot of other things. Maybe not as good as he thought he was, but he was a great sailor, he was one hell of a fighter, even though he had no military training, and he was a pretty good amateur spy. Again, he wasn’t as good as he thought he was, but he wasn’t bad. So this was a guy with a lot of life skills, and so when it came to the title of the book, we weren’t just being clever, we wanted to make a point about his many facets.

Given that this all happened more than fifty years ago, did you have to get your book vetted by the CIA?

If you work for the CIA, you sign an agreement that if you write about intelligence, the work has to be reviewed for classified content. In my case, they looked to see if I had included any secrets that I got from working there. But I followed the rules, so there was no push back on anything I wrote in the book.

Was there anything that you thought the CIA would make you cut out, but then they didn’t?

No. But the Hemingway story is not really a CIA story. There’s almost no overlap between this story and CIA history. The CIA does matter because the CIA inherited the OSS files, and I needed the OSS files for the World War II part. But everything I used was unclassified, I didn’t need to get anything declassified.

The idea of Ernest Hemingway as a spy seems like it could be a cool movie or TV show. Has there been any interest in adapting Writer, Sailor, Soldier, Spy?

My literary agent has gotten a couple of calls, but nothing’s been set up yet. Though as a boring old historian, as someone who loves documentaries, I’d like to start to a Ken Burns kind of thing. I think it’s a great story, I don’t think it needs to be embellished. At least at first. 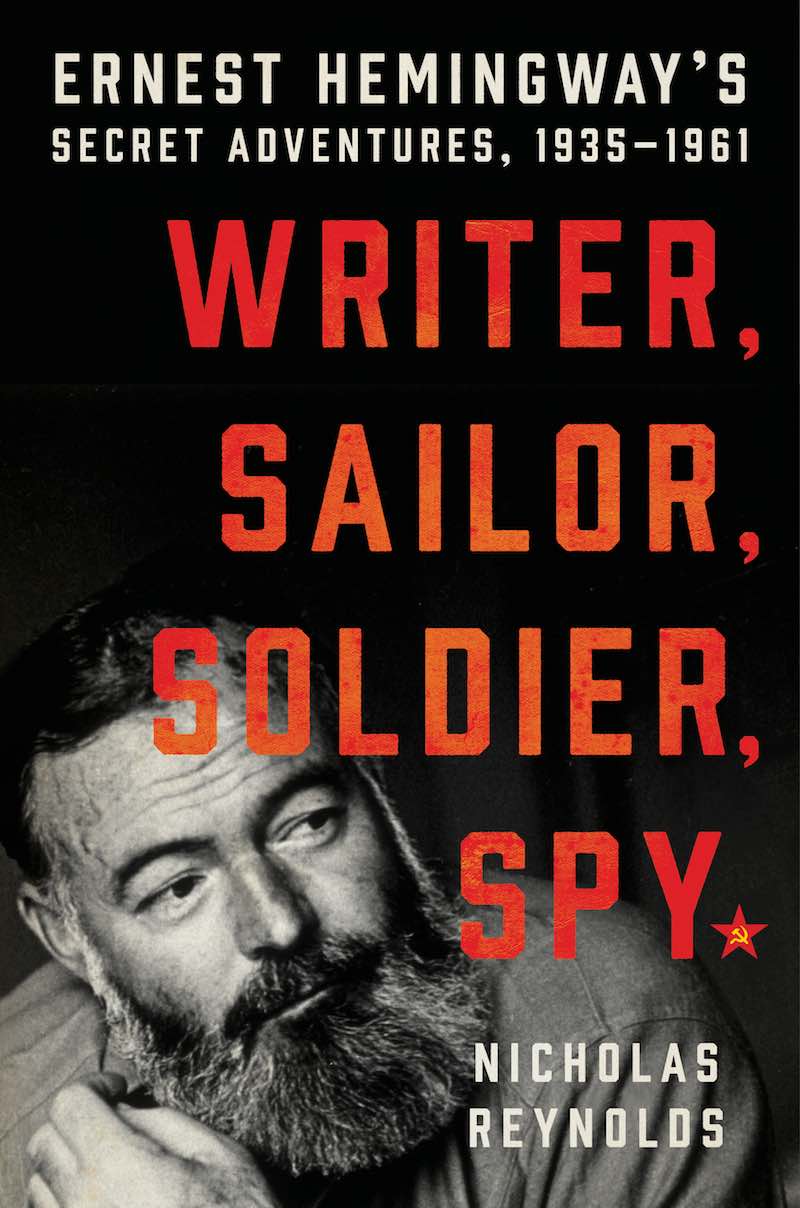 Finally, if someone really enjoys Writer, Sailor, Soldier, Spy, what would you suggest they read next? And it can be another non-fiction spy book, one of Hemingway’s book, just something that’s somewhat related.

Two books come to mind. The first is Hemingway’s For Whom The Bell Tolls. I think after reading my book, you might see something different in his novel.

The other is a book called Spies [subtitled The Rise And Fall Of The KGB In America], which is about Soviet espionage in the United States. It was written by Harvey Klehr, John Earl Haynes, and Alexander Vassiliev, and it’s a stunning story in just the scope of it. 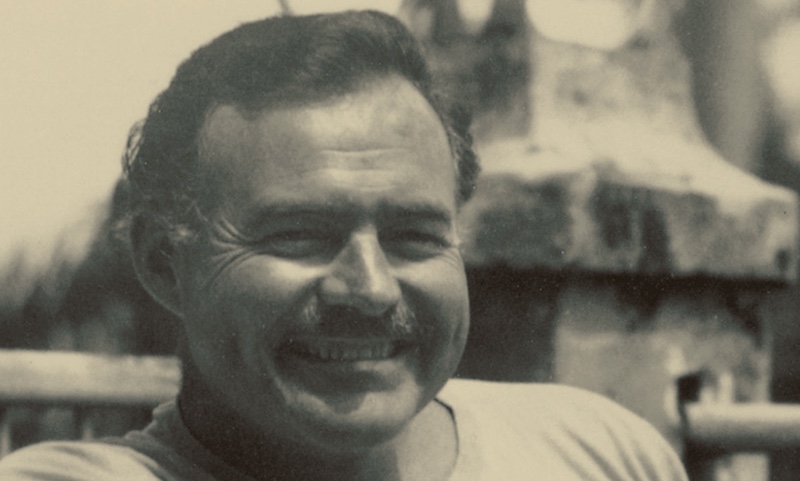