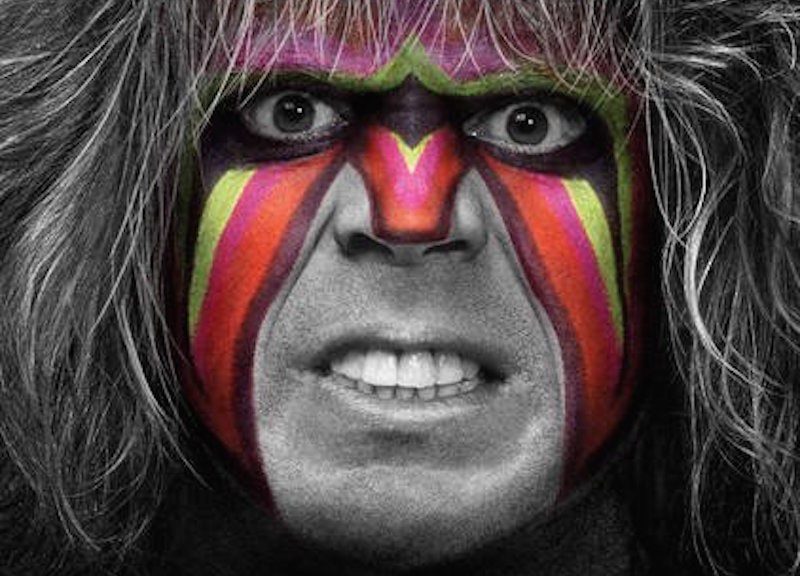 The best wrestlers aren’t just the ones who can jump the highest and land on their opponents the hardest. They’re also the ones with the best stories as to why they’re jumping on their opponents so hard. But some wrestlers have real stories as interesting as the ones they make up for the ring. Such was the case with James Brian Hellwig, better known to WWE fans as The Ultimate Warrior, whose real life is now on display in Ultimate Warrior A Life Lived Forever (hardcover), a new biography by Jon Robinson (who, I don’t mind telling you, is a former co-worker of mine and a pal). Though in talking to Jon about the book, it seems it has an interesting back-story as well. 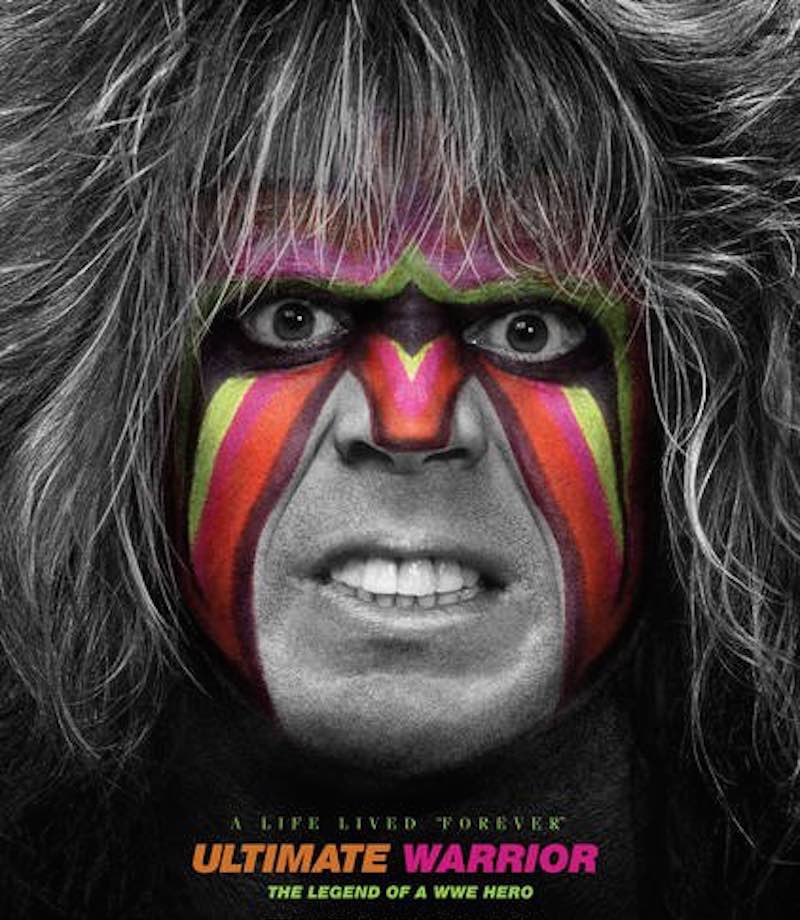 What is Ultimate Warrior A Life Lived Forever about? Because every time I see the cover, I mistakenly think it’s an in-depth analysis of David Lee Roth’s “Yankee Rose” video.

The Ultimate Warrior was one of the most fascinating characters in the history of professional wrestling, and the book breaks down everything from how he started out just hoping to make enough side money wrestling to open his own chiropractic business to how he ended up headlining WrestleMania against Hulk Hogan. Everything about Warrior was intense, from his face paint to his crazy physique, and all those aspects are detailed and displayed in full color.

Why did you think the Ultimate Warrior was an interesting topic for a book?

I was always a huge Warrior fan, dragging my parents to the Cow Palace to watch him wrestle anytime he hit the Bay Area, so when WWE approached me and asked if I’d be interested in working on this book, I jumped at the chance. To me, the book is a way to celebrate his career while offering a WWE book like no one has ever seen before. Not only is the photography and artwork inside the book phenomenal, but the book also offers a variety of pull-out collectibles, including a replica WrestleMania ticket, a copy of Warrior’s Oregon wrestling license, and even a cool mask if you want to get into character while reading. The publisher, Insight Editions, really went all out for this book.

Did you ever met the Ultimate Warrior?

I actually interviewed Warrior a few times throughout his career back when I was writing for IGN and Sports Illustrated. He was the type of guy who would give you twenty minute answers to each question, then laugh about how he’s taking too much of your time, then go back to talking your ear off. As an interviewer, I loved it. He was a fascinating guy, to say the least.

Funny, that sounds like what David Lee Roth does as well. But anyway, you not only interviewed the Warrior’s family for this book, you also interviewed his fellow wrestlers. Who were some of the people you talked to?

Everyone from Sting and Batista to John Cena and Kofi Kingston talk about their love for Warrior and what he meant to them. Sting and Warrior started out together, driving hundreds of miles to each show, while barely making enough money to pay for their gas, let alone food. It’s fascinating to hear the origin story knowing how big they both eventually blew up.

Was there anyone you really wanted to talk to but couldn’t?

The unfortunate part about the book is a lot of Warrior’s past rivals have passed away. Some of his most memorable matches were against guys like The Macho Man, Rick Rude, and Andre The Giant, but unfortunately, they’re no longer with us. 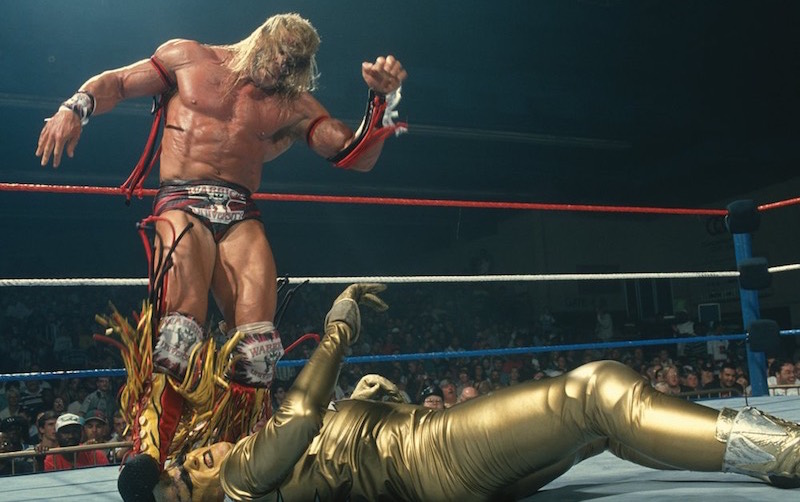 Fans hate it when you say wrestling is fake, but it kind of is in the sense that matches are choreographed. But it’s also full of colorful characters who have fictional backgrounds and made-up stories. Were you at all worried that people were going to perpetuate some of the fiction about the Ultimate Warrior and not give you the real story?

This happened more with the book WWE: The Attitude Era. I’d ask a question about something that went on backstage, and the first response would be: “Am I supposed to talk about this?” Even today, the line is blurred about how much “reality” is supposed to be discussed. Some people are fine with telling you as much as you want to hear, but others prefer to talk about the storylines on screen rather than what was really going on backstage.

Did you do anything to combat this? Like when you interviewed people, did you preface these conversations by saying, “Okay, I want the real story, not the fictional version.”?

Yeah, for WWE: The Attitude Era, when there was that pause of uncertainty from someone or I could sense they were uneasy about answering, I would tell them that the book was about what was really going on and I wanted all the details, not just what they thought they should say.

In researching the Ultimate Warrior’s life for this book, what was the most surprising thing you learned about him?

When Warrior was growing up, he wasn’t even a wrestling fan. I just thought that was funny because he is such a memorable character, I would’ve thought he grew up watching the greats. But he was such a comic book fan, he found his inspiration for The Ultimate Warrior in the pages of DC and Marvel instead. I think that actually helped make him stand out even more.

One of the interesting things about the physical version of Ultimate Warrior A Life Lived Forever is that it’s art book size. It’s nearly 10-inches by 12-inches. Was that your idea or your publisher’s?

Insight Editions are known for their amazing, over-sized books like this, so when this was suggested, I was all-in. I had seen previous books they had created, like the ones on the Teenage Mutant Ninja Turtles [Teenage Mutant Ninja Turtles: The Ultimate Visual History] and Johnny Cash [House Of Cash: The Legacies Of My Father, Johnny Cash], and I loved the style. I wanted to help them create the first book of its kind for the WWE Universe. 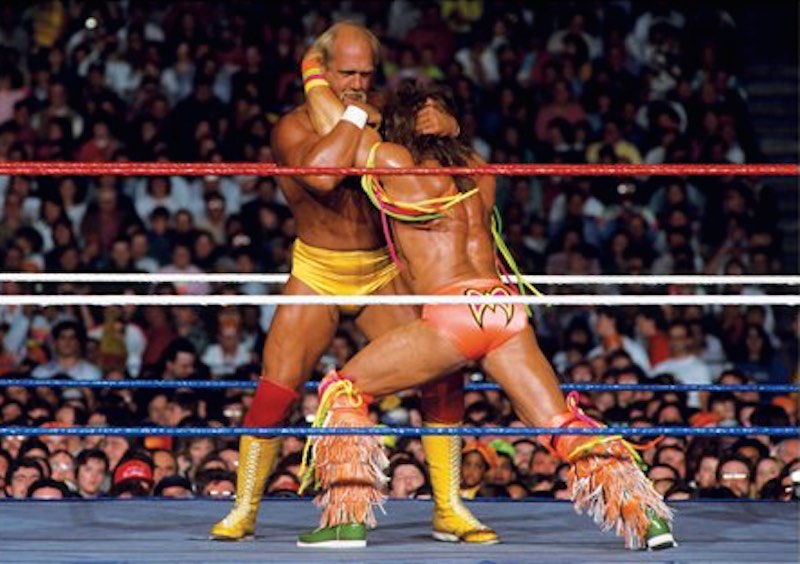 Finally, if someone enjoys Ultimate Warrior A Life Lived Forever and wants to read another book about wrestling or a wrestler, what would you suggest and why?

Mick Foley’s Have A Nice Day and Bret Hart’s Hitman: My Life In The Cartoon World Of Wrestling are two of my favorites. Fans should also check out the wrestling comic Headlocked if they’re looking for something a little different. 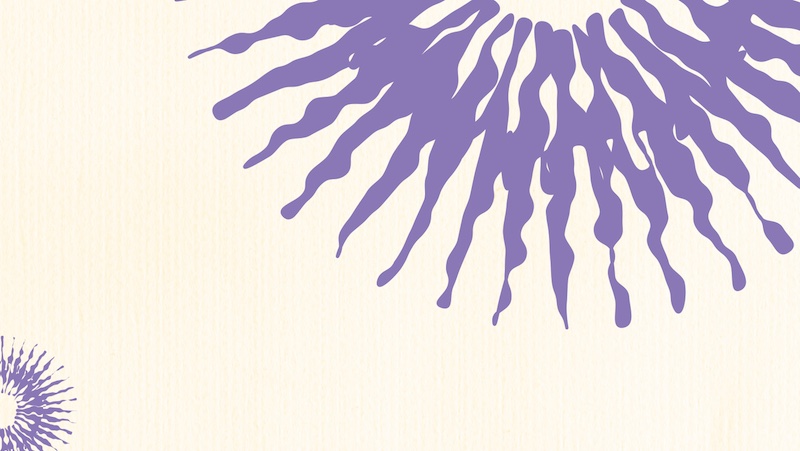 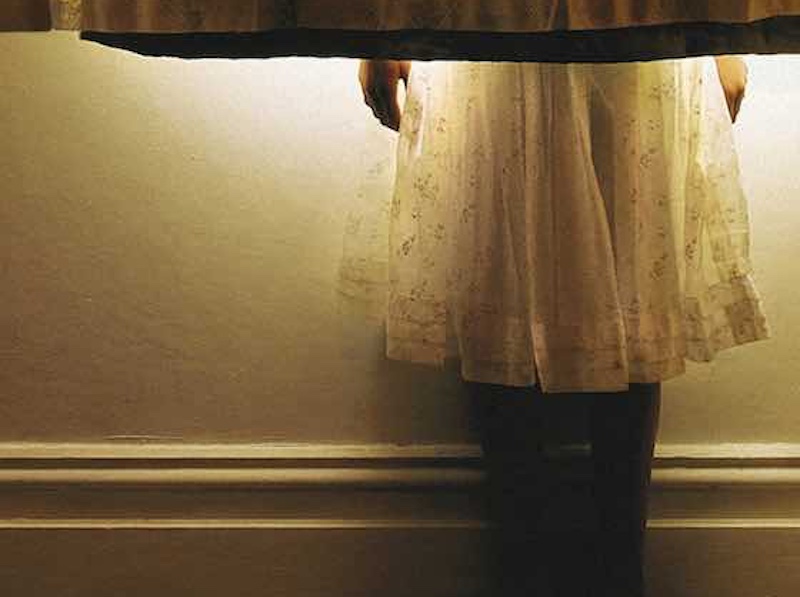 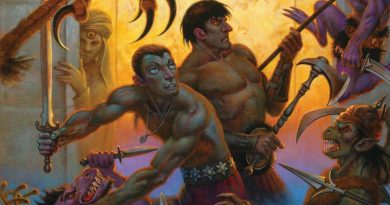 Exclusive Interview: In The Palace Of Shadow And Joy Author D.J. Butler