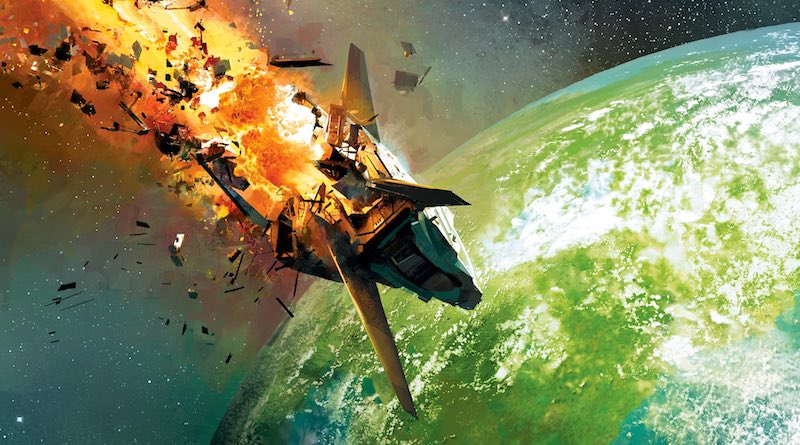 With Triumphant (hardcover, Kindle), sci-fi writer Jack Campbell is bringing to a close The Genesis Fleet trilogy he began in 2017 with Vanguard and continued a year later with Ascendant. But it’s also the conclusion for the latest chapter of a massive, ongoing series that includes the novels in his Lost Fleet, Lost Fleet: Beyond The Frontier, and Lost Stars books. In the following email interview, he discusses how this all works, what inspired Triumphant, and his plans for future books in this saga. 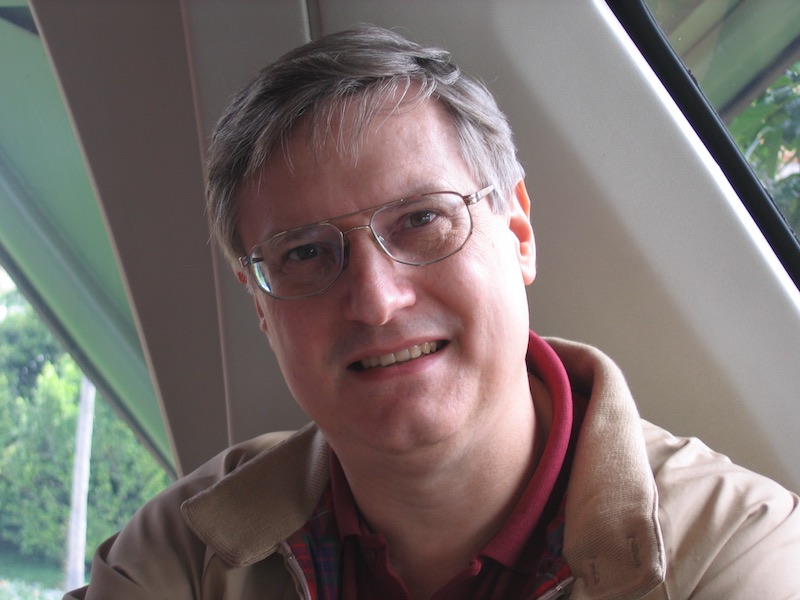 As you may remember, I like to start with a bit of background and a plot summary. So, in a very basic sense, what is Triumphant about, what is The Genesis Fleet series about, and how does Triumphant connect — both narratively and chronologically — to the previous books, Vanguard and Ascendant?

Triumphant is the third and final book in The Genesis Fleet. It takes place soon after the events in the second book, Ascendant. Where Vanguard showed the initial attacks on the free worlds of Glenlyon and Kosatka, and Ascendant told of the fights by both worlds to repulse follow-on attacks and find new allies, Triumphant is about whether they succeed in remaining free, and whether other worlds see the danger to themselves before it arrives. The people of Kosatka have to decide what they should do to eliminate the last invaders without letting their own world be warped by the war, while Glenlyon’s badly outnumbered defenders have to hold on long enough for help to come. If help is coming, which will require other worlds to look beyond immediate self-interest.

And for those keeping score at home, how do The Genesis Fleet novels connect, both narratively and chronologically, to those in The Lost Fleet, The Lost Fleet: Beyond The Frontier, and The Lost Stars?

When in the process of writing The Genesis Fleet books did you come up with the idea for Triumphant, and how did that story change as you wrote these books?

The initial idea for The Genesis Fleet was to jump generations with each book, showing successive crises and how those formed the Alliance and the universe of The Lost Fleet. But once I’d written Vanguard, I realized that I wanted to keep telling the story of those people, about what happened to Rob Geary, Mele Darcy, Lochan Nakamura, Carmen Ochoa, and Dominic Desjani among others. That and it became obvious that the initial events required more time to tell properly. So the trilogy turned into a continuous story of that period, with Triumphant being about whether the Alliance would form or not. 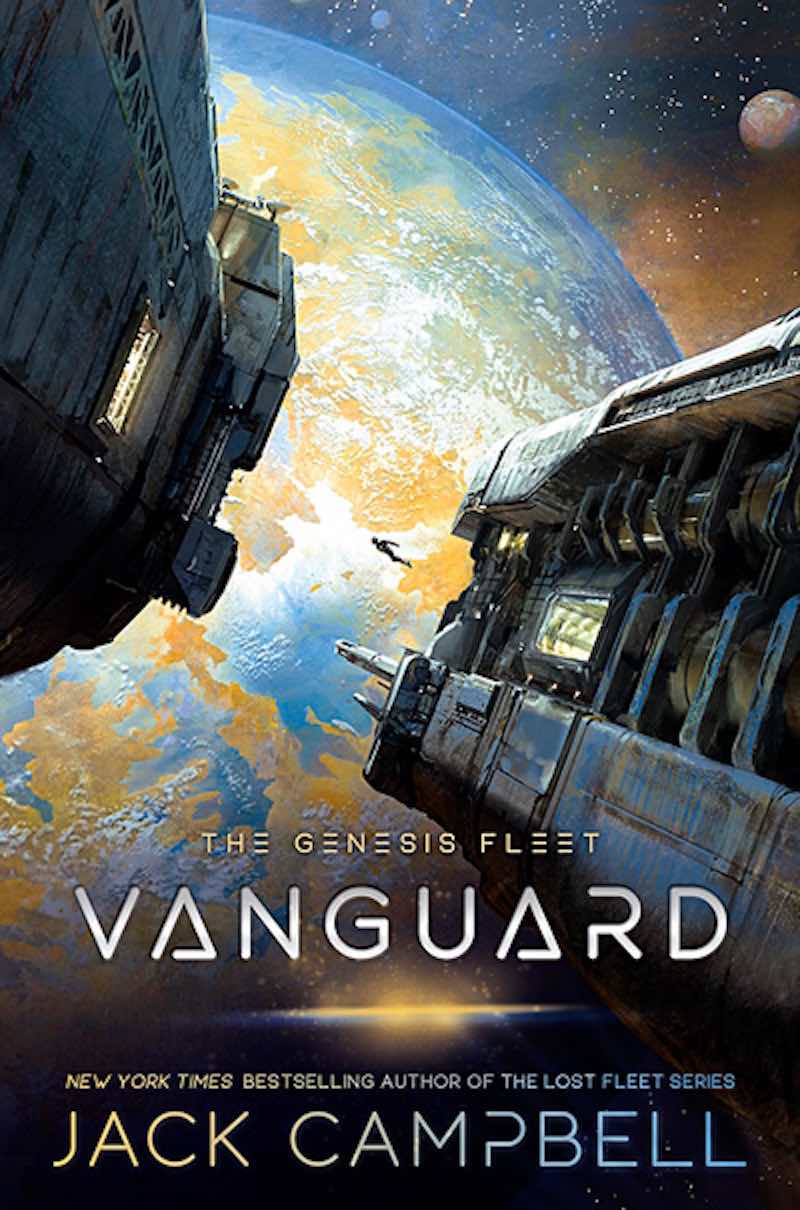 In the previous interview we did about Ascendant [which you can read here], you said you thought that book was a science fiction story, or maybe a space opera. Is that how you see Triumphant as well, or are there some other genres or subgenres or combinations of them at work here as well?

I try not to see stories as fitting into some particular genre box. I’d rather tell the story, and see what all ends up in it. Certainly there are thriller aspects, and a lot of military action, some dystopian elements, and looks at the different ways different people can view the same things. Maybe that all adds up to Space Opera.

Most importantly, the books are about people. The impact of events, how the people respond to them, the challenges, struggles, and relationships of the main characters and those around them. I think a focus on people, and what they’re experiencing, deciding, and doing, is by far the most important element of any good story, and that really transcends genre.

Are there any writers, or specific stories, that had a big influence on Triumphant, but not on Vanguard, Ascendant, or anything else you’ve written?

It’s hard to think of any, though some of the themes in Triumphant echo arguments during the American Revolution. Mele Darcy’s defense of the space station partly reflects the real-life Marine at War by Russell Davis dealing with Peleliu and Okinawa during World War Two.

The one thing that most strongly impacted part of Triumphant and not other books I’ve written was the fate of Rob Geary. That had to be consistent with The Lost Fleet novels that came afterwards, and yet not break faith with the character or the readers.

How about non-literary influences; are there any movies, TV shows, or video games that had a particularly big impact on Triumphant?

You could probably say the Marvel Cinematic Universe had an impact, because the MCU movies have all emphasized the interconnectivity of what everyone does, how an action somewhere can impact other places, and how individual decisions matter immensely in outcomes. Like any writer, I can’t help analyzing and thinking about how others have told stories, and certainly the MCU stories have been particularly well-done. 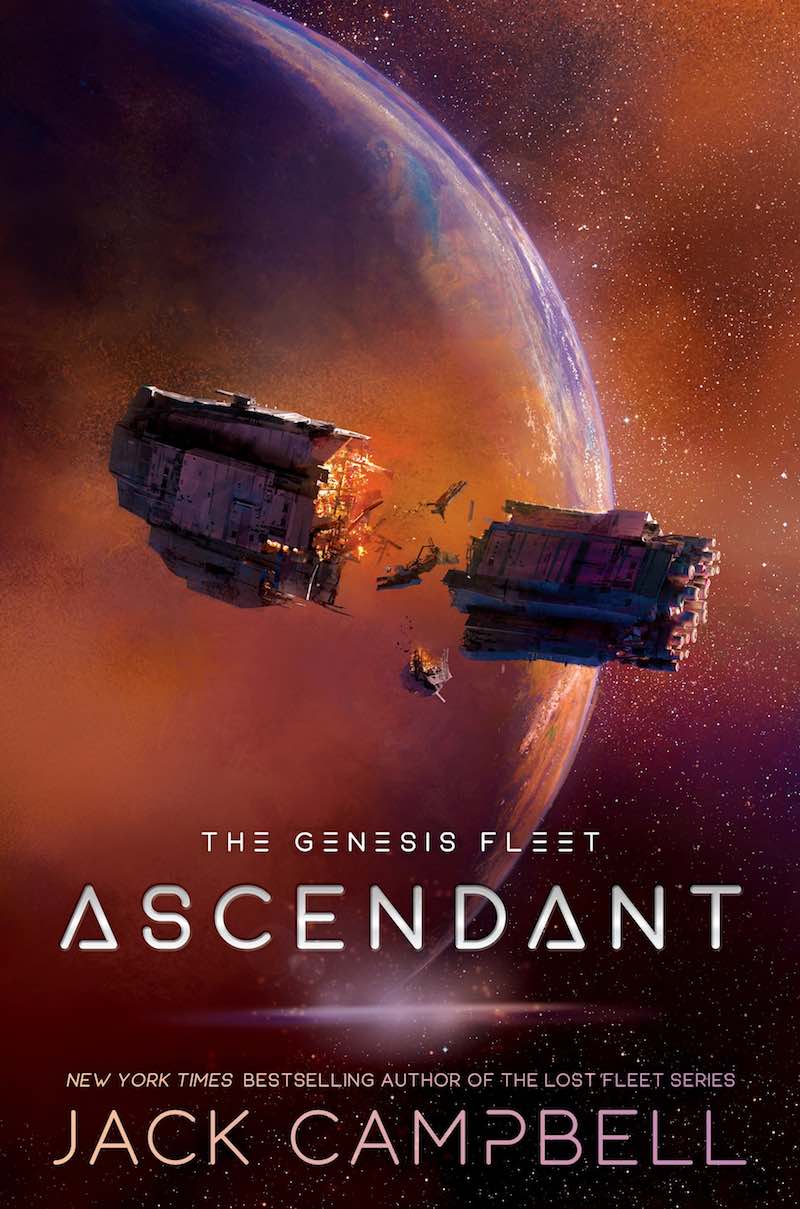 And this is my last question about influences: You are a retired naval officer. Is there anything in Triumphant that you would’ve written differently had you not served in the military?

I probably would’ve had a lot of trouble getting the officer / enlisted relationships right. I wouldn’t have understood the debates and conflicts that are part of an intelligence community and how those impact the ways intelligence is produced and presented. The friction that makes everything harder is easier to understand if you’ve dealt with it. As Clausewitz said, “Everything in war is very simple, but the simplest thing is difficult.” Mele Darcy’s and Rob Geary’s internal conflicts as they lead their people.

And, perhaps most of all in Triumphant, I don’t know if I would have understood and been able to show that Rob Geary’s most heroic act was to refuse to be a hero.

Now, in that previous interview we did about Ascendant, we talked about how The Genesis Fleet was a trilogy. Is that still the plan? Because in that interview you also said, “I might go back to it later” and “Short stories…are always possible, of course.”

At this point it’s a trilogy, with a nice, neat ending. But it remains a big universe with a lot of history.

That said, my next project in The Lost Fleet universe will be heading back to try to pick up once more the story of Black Jack and Tanya. I’m finishing up a pirate trilogy, Empress Of The Endless Sea, set in my science fantasy world of Dematr, and then will focus on The Lost Fleet once more.

Earlier I asked about the movies, TV shows, and video games that were an influence on Triumphant. But has there been any interest in making a movie about Triumphant and the rest of these novels?

There has been interest, but at this point contracts are still being worked out. I hope The Lost Fleet will eventually be portrayed in a movie or a series, but we’re a long way from that happening if it ever does. Because Hollywood. I can hope! 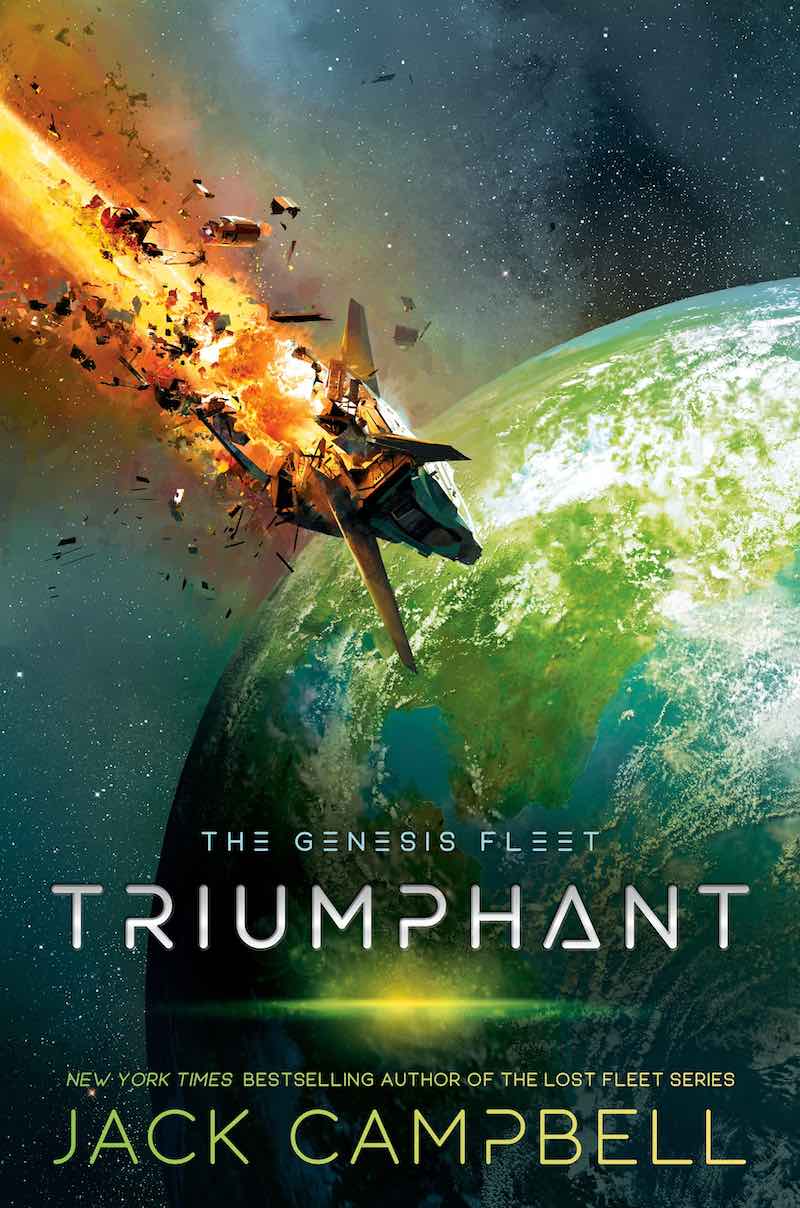 Finally, if someone is interested in Triumphant, they should probably start with Vanguard. But do you think that’s the best place to begin with this entire series, or is there a better place to start?

It depends what someone wants, but I think Dauntless [the first book of The Lost Fleet] remains the best entry into the universe. It was designed to do that, and to lead onward to everything else. So despite the books and the series that have come after, I still recommend Dauntless as a starting point. 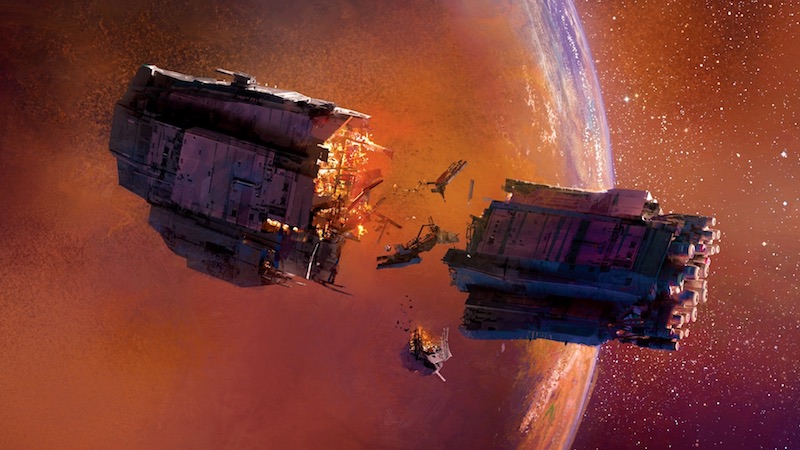