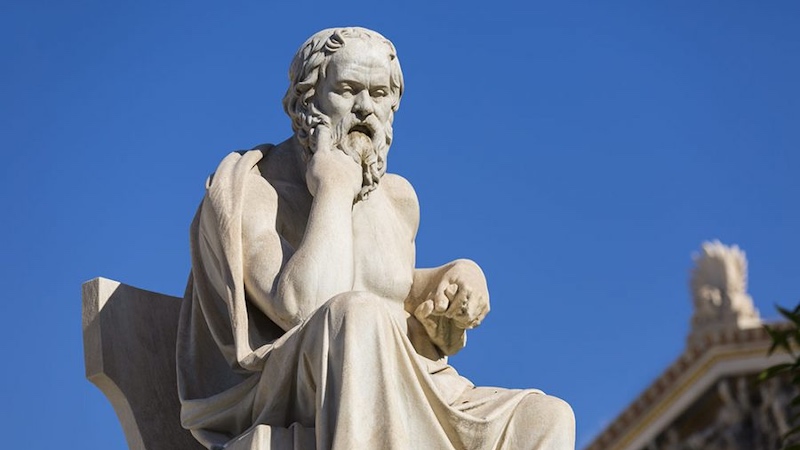 While the Greek philosopher Socrates is considered to be one of humanity’s great thinkers, we oddly know little about his life before he got so deep. But now we know more courtesy of Armand D’Angour’s new biography Socrates In Love: The Making Of A Philosopher (hardcover, Kindle). In the following email interview, D’Angour explains how and why he wrote this bio, and what it taught him about the titular philosopher. 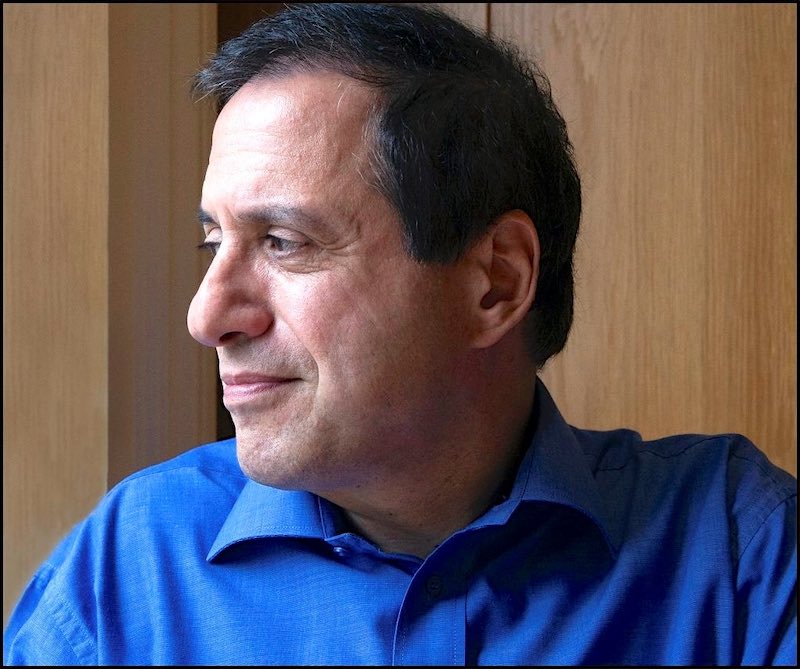 What makes Socrates In Love different than previous biographies about Socrates?

All other biographies focus on the main thing people remember about Socrates: his trial and death. The reason for this is that his ancient biographers, Plato and Xenophon, were much younger than Socrates and only knew him in his 50s, and they wrote about him mainly because he had been executed by the Athenian state completely unjustly, in their view. My biography presents sources for his early life in order to show why he became the philosopher we know about.

What prompted you to write this book, and, more importantly, what made you think you were the best person to write it?

I’ve been teaching some of the main texts that mention Socrates for twenty years. One of them, Aristophanes’ comedy Clouds of 423 BC, has a farcical Socrates as a central character. He comes on stage sitting in a basket suspended from a crane. I thought this scene would work well at the beginning of a film or stage play, and I actually wrote a screen treatment in 2015. But then I realized that before a film could be made, the historical research had to be published, and I thought it would be best to do so for a general audience as well as for academic researchers. Because my approach is so radical and inevitably requires historical imagination, it had to come from a professional classicist to be taken seriously.

Biographies can take different approaches. Some that are academic and detailed-oriented, some talk about what it all means in the grand scheme of things, while some strike a light-hearted tone. What approach did you take in Socrates In Love and why did you feel it was the best one for this book?

I chose to strike a balance between a conversational explanation of the question — why did Socrates become a philosopher? — and historical details, which I set out as lucidly as I can. My first draft was called Young Socrates but, as I proceeded, I made the amazing discovery of Socrates’ teacher and possibly lover Aspasia. Plato calls her Diotima, but I give compelling reasons for identifying her with the well-known Aspasia. That’s why the title became Socrates In Love.

Prior to writing Socrates In Love, did you look at the biographies of other philosophers to get a sense of what to do and what not to do?

I’ve read nearly every biography of Socrates, as well as other bios, including the recent biography of Soren Kierkegaard by Clare Carlisle [Philosopher Of The Heart]. My subtitle, The Making Of A Philosopher, is the same as that of the richly thoughtful autobiography of the philosopher Colin McGinn. All these books helped me to realize that it’s important not to let the complexities of the history get in the way of presenting a clear and sympathetic exposition of Socrates as a man.

What about biographies of people other than philosophers, like musicians or politicians or people who didn’t think for a living?

I have found it very helpful to read musicians’ and politicians’ biographies, because they talk about everyday human matters — their errors and failures as well as successes and achievements, and above all their relationships — which an emphasis on the trajectory of a philosopher’s thought can sometimes elide. As a cellist myself, I’ve read a lot of cellist’s life stories from Pablo Casals to Paul Tortelier, and I’ve read about politicians’ lives ranging from Pericles of Athens to President Obama, and most recently Andrew Robert’s moving biography of Winston Churchill [Churchill: Walking With Destiny].

What about non-literary influences, like movies or TV shows. Did you look at any documentaries to get ideas for Socrates In Love?

The title is a give-away. I loved the film Shakespeare In Love, and would be delighted if Tom Stoppard could write a similar screenplay for Socrates! As an avid Netflix viewer, I’ve definitely been influenced as to how to write and what’s of interest from some of the great movies and documentaries now available, whether they are about tragic characters like Anthony Wiener or Walter White, or about a lion called Alex and a fish called Nemo. In the end, all good writing and film-making needs to appeal to the reader’s / viewer’s sympathy and imagination, even if the subject is alien or obscure. The best modern film on a classical theme is Gladiator, and it makes no difference that most of it is not based on specific ancient evidence.

You mentioned loving the movie Shakespeare In Love. But aside from the title, did that movie have any impact on Socrates In Love?

The idea of reconstructing a person’s life and love-story from their writings was one of the ingenious aspects of that film, as was the intention to make it both light-hearted and moving. As I said, I think a similar treatment of Socrates would be possible, and would make a great film.

What about Bill & Ted’s Excellent Adventure? Did you slip anything into Socrates In Love about being excellent to each other?

The notion of excellence does come in to the story, but most people remember the way they pronounce the name of Socrates: “So-crates.” It’s always hard to know how to get the correct pronunciation of ancient Greek names across to readers; my solution was to record the book as an audiobook.

So do you think Socrates In Love has the potential to change how we think of Socrates? Like could it change our interpretation of his writings?

That’s a very important question, since a biography of Socrates must surely interpret his thought as well as tell about his life. Socrates wrote nothing himself about his philosophy, so it has come to us from the writings of Plato — just as the life and words of Jesus are reported by the gospel-writers rather than Jesus himself. The question is whether Plato gets Socrates’ ideas right. It’s clear that if we learn more about Socrates as a man, we might be able to get closer to what he himself thought rather than what Plato wanted to present. In the book, I quote Aristotle, a pupil of Plato, effectively saying that Plato foisted some ideas onto Socrates. I think my picture of the young Socrates shows that Aristotle knew what he was talking about, and was right to criticize Plato: Socrates’ own thinking was more down to earth than Plato’s development of it.

And how, if at all, did writing Socrates In Love change your opinion of Socrates?

Writing the book made me realize more than ever that Socrates must have had a very difficult choice early in life. He was very ambitious and would have wanted to be a military hero like the young men he grew up with, but aspects of his personality prevented it, though he was clearly a brave and capable fighter in battle up to his late 40s. His choice to devote himself to philosophy meant that in the end he had to become a different kind of hero.

You said earlier you thought Socrates In Love could be made into a movie. If that happened, who do you think should play Socrates?

Whoever it is, he would have to have a mop of curly hair, wide-set eyes, a snub nose, and thick lips, and to be very fit. The way Rami Malek played Freddie Mercury in Bohemian Rhapsody, he could do a great job with Socrates. We would also have to cast Aspasia. A friend suggested that Lady Gaga [A Star Is Born], who does look rather like an ancient bust of Aspasia. 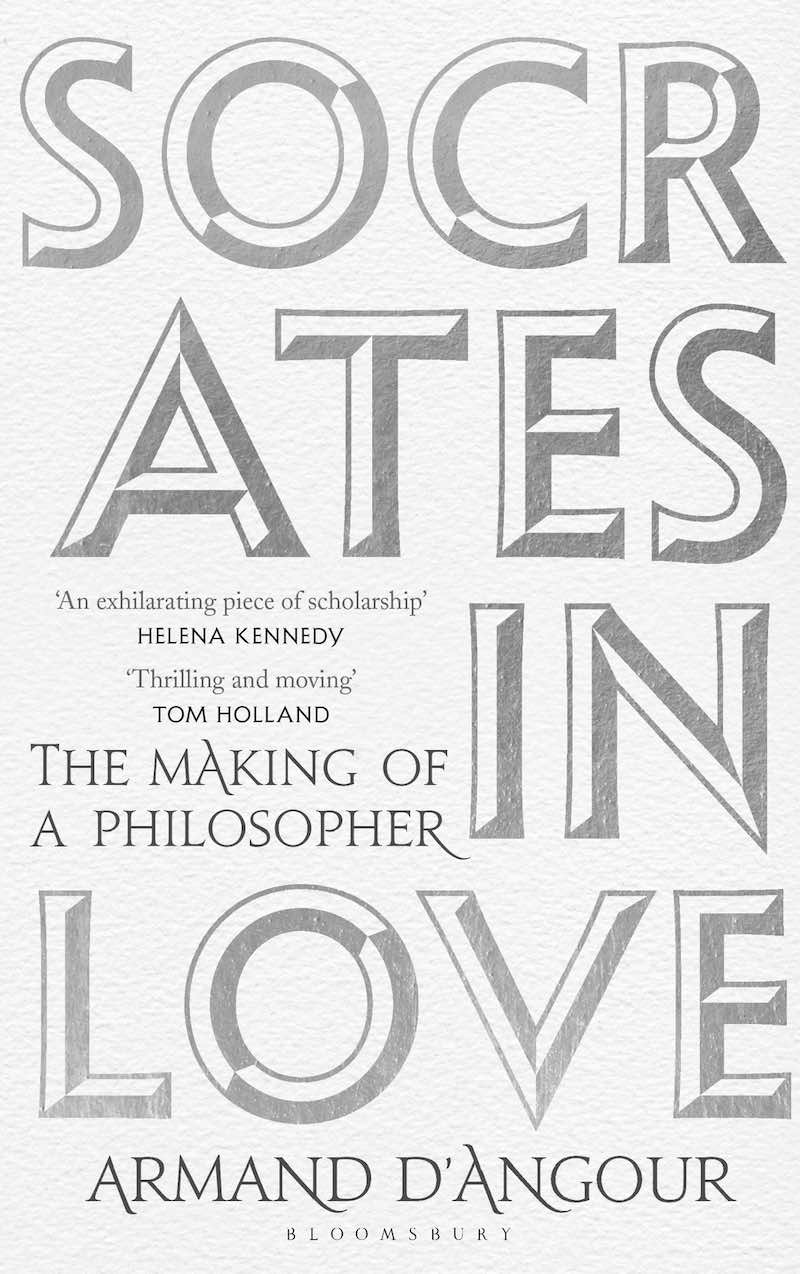 Lastly, if someone enjoys Socrates In Love, what biography of another philosopher should they check out next and why that one?

There aren’t many other ancient philosophers who have been subject to a biography of this kind, because the ancient evidence is not easy to make a good story out of. But I think readers could check out Ray Monk’s biography Ludwig Wittgenstein: The Duty Of Genius. Wittgenstein was a strange and fascinating character and, unlike Socrates, there’s a lot of evidence for his curious and varied life-story, as well as his hugely influential thinking.