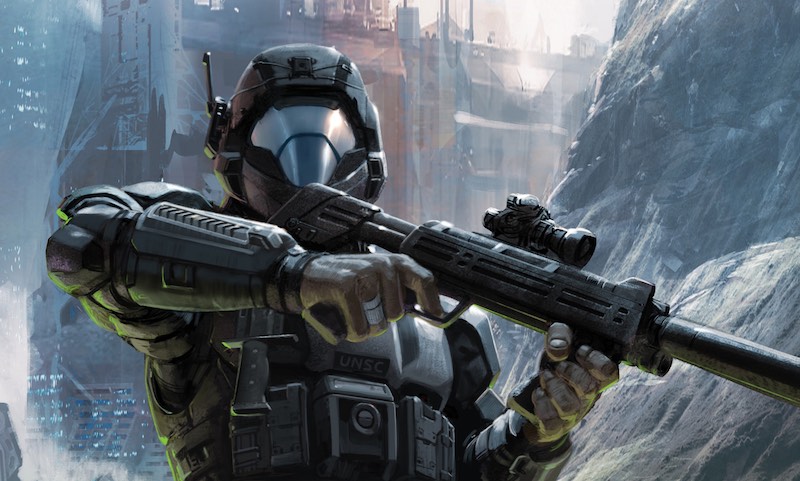 It’s easy to think that the age of physical media is coming to an end. And for some things, it clearly is. But it seems the death of paper books may have been greatly exaggerated. Case in point: Matt Forbeck’s Halo New Blood. Though it was originally released digitally last year, the sci-fi novel — about a character from the video games Halo 3: ODST and Halo 5: Guardians — is now being released in paperback…by popular demand.

For those who missed it when it was 1s and 0s instead of paper and ink, I spoke to Forbeck about what the book is about and how it connects to the aforementioned games. 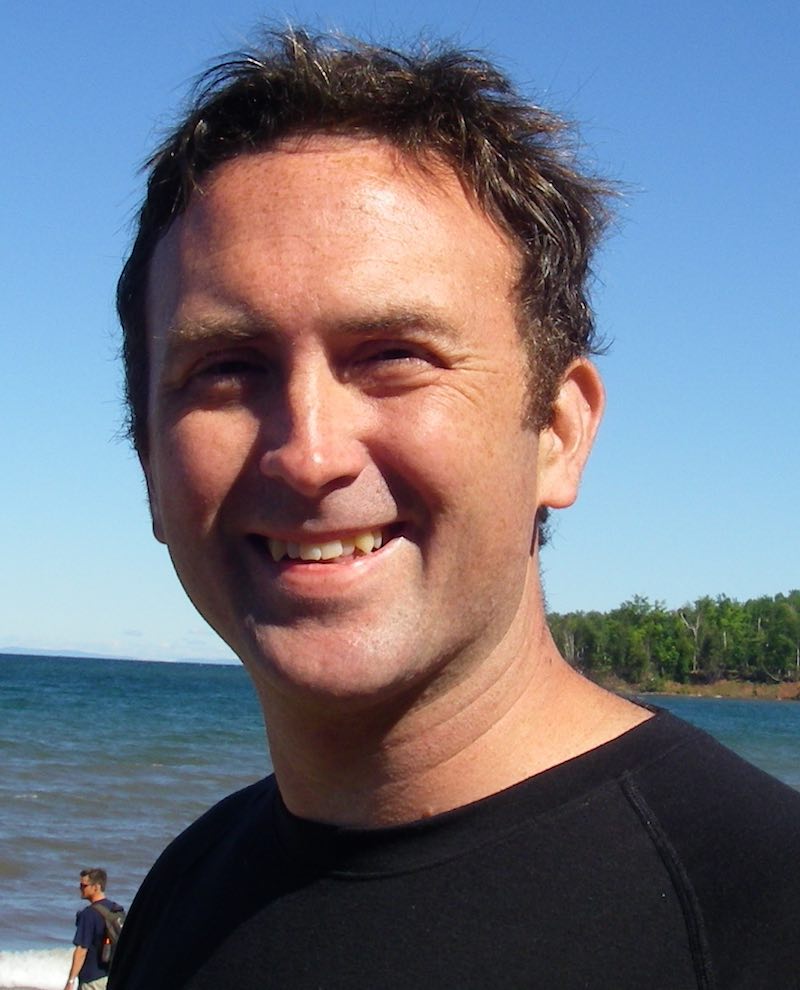 For those who didn’t read the digital version, what is Halo New Blood about?

It’s the story of Gunnery Sergeant Eddie Buck, the hero of Halo 3: ODST, and his journey to becoming the Spartan we see in Halo 5: Guardians. The story also includes details on the rest of Buck’s ODST team and a host of cameos by all sorts of Halo characters from the games, books, and comics.

Where did the original idea for it come from?

When I signed on to write the book, 343 Industries [who oversee the Halo franchise] asked me to pitch them ideas. Because they’re great people, they gave me a freebie that I could pitch back to them if I liked, and I came up with three or four different ideas. The pitch for New Blood caught their eye, and we ran with it.

What made you think of doing a book about Buck?

Halo 3: ODST is one of my favorite games of the entire series. It busts the mold for most of the others in so many ways, using these great, noir riffs on the Halo universe, the use of flashbacks throughout, the idea that you’re solving a mystery of what actually happened, and so on.

Plus, Buck has this great voice, and I don’t just mean that because Nathan Fillion performs his lines. The hard-boiled sarcasm, the way he looks at the universe. It all speaks to me, and I loved writing in that voice.

So how different is the final book to what you original came up with?

It’s pretty much the exact book I pitched. 343 was great, though, about pointing out any places where I didn’t, for whatever reason, jibe up with established lore. Better yet, they came up with suggestions and solutions for any problems that arose. I have to give huge thanks to Jeremy Patenaude and Tiffany O’Brien there for all their help.

My editor at Simon & Schuster, Ed Schlesinger, was also fantastic. My first draft of the book was about 40,000 words, but Ed kept pushing me to add more depth, excitement, and emotion to it. The final book clocked in at just shy of 60,000 words.

You kind of already answered this, but I’ll ask it anyway: How familiar were you with the Halo games before you started writing Halo New Blood?

I loved Halo from before it was announced. I actually toured the Bungie offices back when they were in Chicago and got an early look at the first game. I played every game in the series as they came out, and then I replayed them with my kids when they were old enough for them.

What about the other Halo novels, such as Karen Traviss’ Moral Dictata or Greg Bear’s Silentium, how familiar were you with them?

I’d read a few but not nearly all of them. I had a fantastic time catching up with the series though. A lot of amazing writers have done phenomenal work adding to the canon.

At the time I started in on the book, I had no idea where Buck was going to end up. I knew he’d be a Spartan and would appear in Halo 5, but that was about it. I didn’t find it too much of a challenge to fit in a story between Halo 3: ODST and Halo 5, as several years pass in the universe between the two games. That gave me more than enough room to play with. 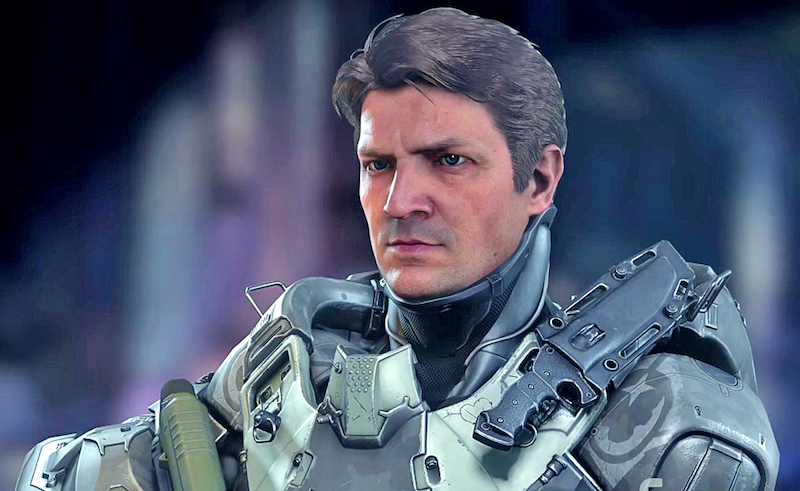 As you mentioned, Buck is voiced and modeled to look like actor Nathan Fillion in the games. In figuring out what Buck would say in the book, and how he’d say it, did you watch episodes of his shows Firefly and Castle, or did you just go back to his dialog in those games?

Fortunately, I’ve been a fan of Nathan’s work for a long time, so I didn’t need to do much research there. I did go back and watch videos of his dialog in Halo 3: ODST, though, just to make sure I matched the character’s attitude and cadence. Many people tell me that they can hear their voice in their head when they read it, so hopefully that means I nailed it.

Since the book is all about his character, have you heard from Fillion about how he likes Halo New Blood?

Not at all, but then he doesn’t ask me about what I thought of Con Man either [the web series he did with his Firefly and Halo 3: ODST co-star Alan Tudyk]. It’s hilarious, by the way. I’d love to sit down and chat with Nathan, but I assume he’s a busy guy.

As I mentioned earlier, Halo New Blood is now available in paperback, but actually came out a year ago digitally. Is the version in the paperback any different than the digital one? Did you change anything, fix any spelling errors, add a new chapter that finally explains why Buck and Beckett’s marriage fell apart?

I did add a new chapter, and it features Buck and Dare — not Beckett — talking about him joining Fireteam Osiris. It’s just a fun little coda to the series. [FYI: This new chapter is not being added to the digital edition.]

I know it wasn’t your decision, and maybe you can’t answer this, but why is the paperback coming out a year after the digital edition?

When Simon & Schuster picked up the Halo license, they decided to do shorter eBook originals as well as trade paperbacks. Halo: New Blood was the first of these, kind of the canary in the coalmine. But apparently the canary blasted off and has been soaring around the cavern. The demand from fans for a print version of the book was so strong that it couldn’t be ignored.

So has there been any talk to writing a sequel to Halo New Blood? Or another Halo novel?

At the moment, I can only say there’s been talk. Perhaps someday soon we’ll have something to say.

And have you tried to parlay your work on Halo New Blood into a gig writing the script for Halo 6: Buck Strikes Back or whatever they’re going to call it?

I’d love to help write a Halo game, but I think Brian Reed, Frank O’Conner, and the rest of the writing staff at 343 have that well in hand. I write for other video games as a freelancer, though, so if they ever need any help, I’d be thrilled to chip in.

I’d love to write novels for all sorts of games: Fallout, BioShock, Wolfenstein, Borderlands, Destiny, Batman: Arkham Knight, and so on. Hell, I’d love to write a novel for FTL or Undertale.

As for the chronology, that depends on the game and the setting. Mostly I like writing stories that illuminate the setting and tell you in greater depth about the characters we’ve come to know and love. 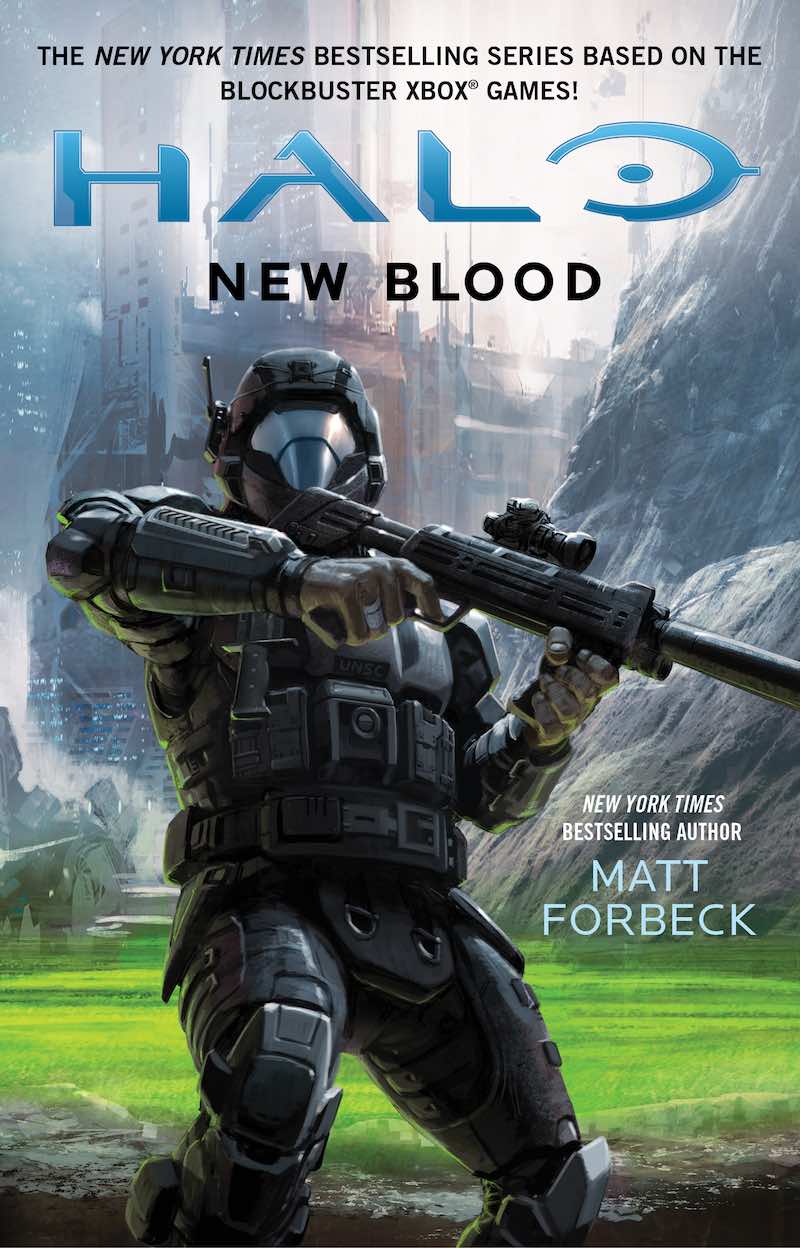 Finally, if someone really enjoys Halo New Blood, but they’re not fans of Guild Wars 2, which is the other video game novel you’ve written, which of your original novels would you suggest they read next and why?

If you’re into science fiction, I’d hunt down Amortals, a futuristic murder mystery about a Secret Service agent who comes back in a clone body to solve his own death. If you like the tone of Halo New Blood, that noir-ish voice, check out Hard Times in Dragon City, a noir fantasy novel set in a city ruled over by a dragon emperor. And if you’re into gaming culture, look for Dangerous Games: How to Play. It’s another murder mystery, but this one’s set at Gen Con, the largest tabletop games convention in the world. 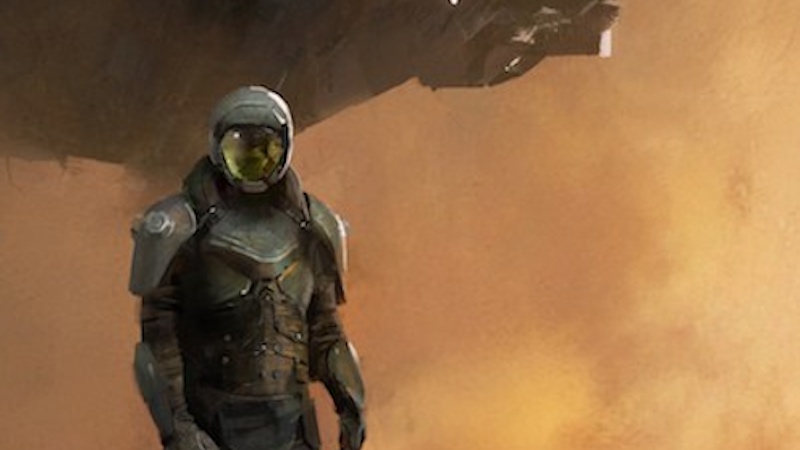 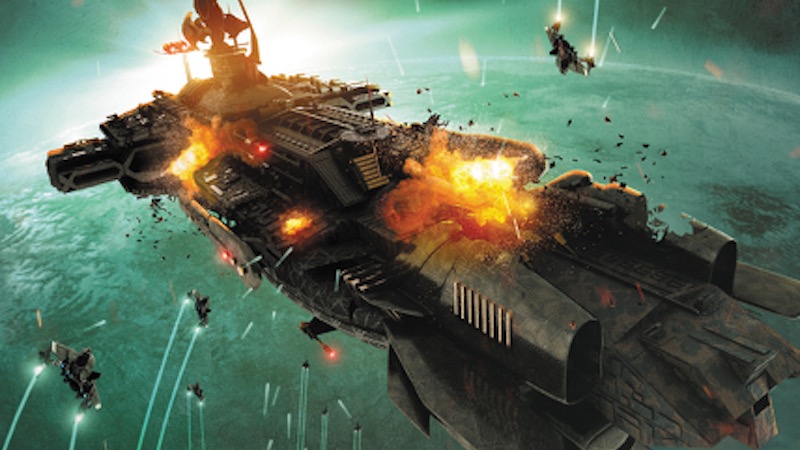 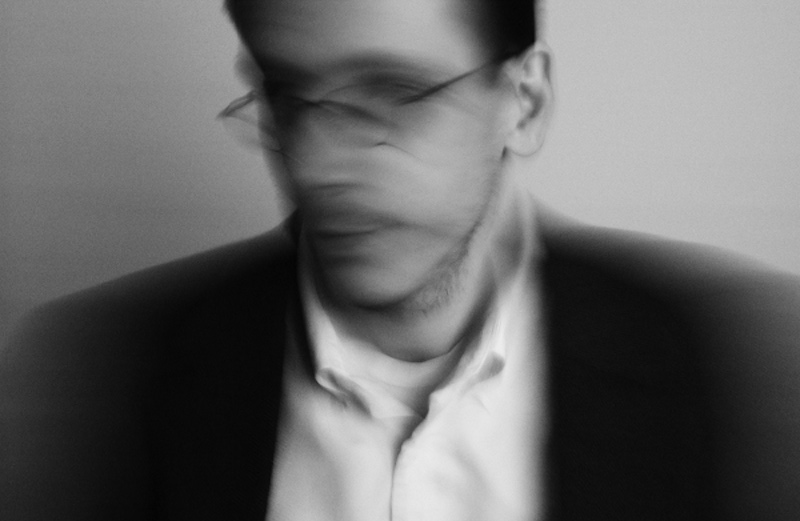