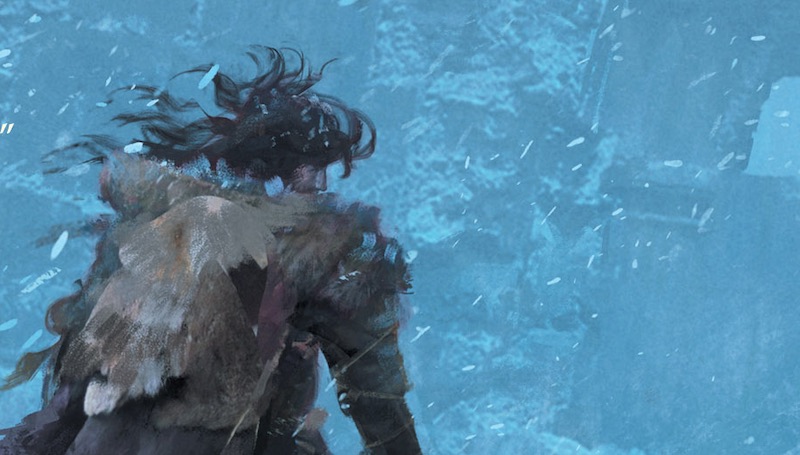 With God Of Broken Things (paperback, Kindle), writer Cameron Johnston completes the Age Of Tyranny fantasy duology he began with last year’s The Traitor God. In the following email interview, Johnston explains how the two novels fit together, what inspired them individually and collectively, and how he’d like to see this saga adapted into another medium. 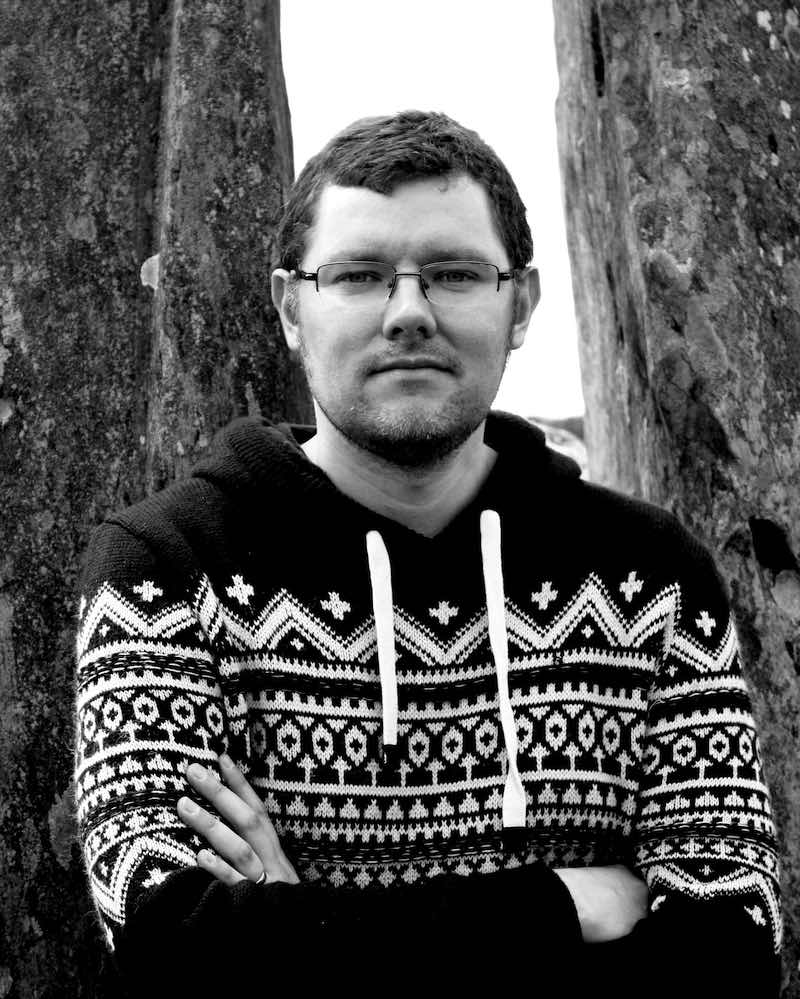 Let’s start with the basics. What is The Age Of Tyranny series about, when is it set, and in what kind of world?

The Age Of Tyranny series is about an exiled mage returning home after ten years in exile when his best friend is murdered. It’s a blood-soaked murder mystery that explodes into an ancient threat that threatens all living beings on his world, and beyond. It is a high-magic setting, based around Setharis, the crumbling heart of an old empire ruled by powerful magic users. Due to heavy usage of magic, some aspects of the world are far in advance of the European medieval period, and others less due to the reliance on magic over technology.

And aside from being the second book in this series, what is God Of Broken Things about, and how does it connect, both narratively and chronologically, to the first novel, The Traitor God?

God Of Broken Things is set three months after the events of The Traitor God. Parts of the city are in ruins and those entities behind the threat revealed in the first book takes center stage. Edrin Walker is, perhaps unwisely, placed at the head of a small army and sent off to the mountainous Clanholds to fight a running battle against a far superior enemy in order to buy time for others to end the war.

Both books have a heavy dose of horror, from the body horror of The Thing to the creeping doom and madness of H.P. Lovecraft’s fiction. The crime and thriller aspects are a bigger part of The Traitor God, whereas God Of Broken Things has more of a war story feel to it.

Are there any other writers who had a big influence on God Of Broken Things, but not The Traitor God?

Steven Erikson’s deep mythology and worldbuilding has had an influence on both books but I think it is much more apparent in God Of Broken Things.

How about such non-literary influences as movies, TV shows, or video games; did any of them have a big influence on either what you wrote in God Of Broken Things or how you wrote it?

While The Traitor God was influenced by film noir and a touch of Japanese anime and manga, God Of Broken Things bears more influence from old war films about small bands of soldiers fighting a greater enemy, and I’m sure it also has some influence from the snowy mountains and ruins aesthetic of Skyrim. 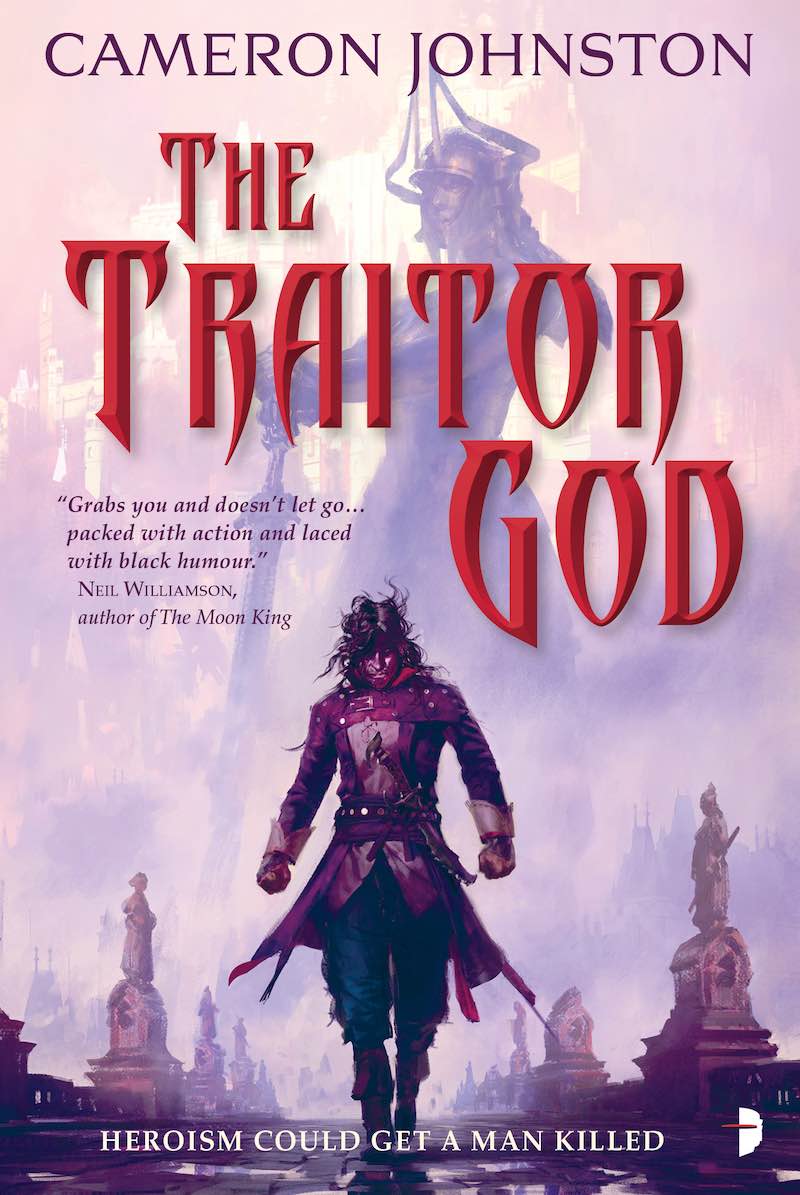 And lastly for the influence questions, your bio says you are, among other things, a swordsman. How, if at all, has your interest in swords influenced God Of Broken Things, and did you ever use it, in writing it or The Traitor God?

It came in of very little use for most of The Traitor God. Edrin Walker prefers to run away, or stab people when they are not looking, instead of having a straight-out old-fashioned sword fight. That said, I used it a lot for the secondary characters and the greater battles, from the benefits and protections offered by armor to the various merits and problems caused by swords, knifes, spears, axes, and warhammers etc. in particular situations.

Did you ever, in the writing of either book, have to sacrifice some accuracy about swordplay for the sake of the story?

It’s very easy to write a blow by blow technical description of a fight, but that’s long-winded and not terribly interesting. As long as I know enough not to make a mistake, and to provide enough detail for a reader’s imagination to fill in the gaps in the dotted line of description, then that is all that is needed.

As I mentioned, The Traitor God and God Of Broken Things are a duology. But why did you feel this was the best approach for this saga?

The Age Of Tyranny is a svelte duology, but I feel like a single point of view character really allows you to get into the meat of a story and tell an epic tale in two books. It was originally plotted as a trilogy (because fantasy, and my mind automatically leaps to that ), but Angry Robot’s editor thought it would be a far stronger, punchier second book by launching into the start of my plotted second book but ending it with the end I had planned for the third. I guess he wanted it to focus more on the character than external events and, on reflection, I agreed with that journey he took.

I wish! In the past I would have said a big movie, but with the high-quality TV series coming out at the moment I would be quite happy with either: a film could have bigger CGI budget, but a TV series allows more room for characters to grow. Script writing and production is not in my skillset, so I would bow to their experience with what would be best. I do think it would make for a cracking video game though.

If God Of Broken Things was to be made into a game, what kind of game do you think it should be and who should make it?

For a game, I imagine something like a mix of Dishonored, Bloodborne, and Vampire: The Masquerade: Bloodlines, as made by Arkane Studios [Dishonored 2] or CD Projekt Red [The Witcher games]. 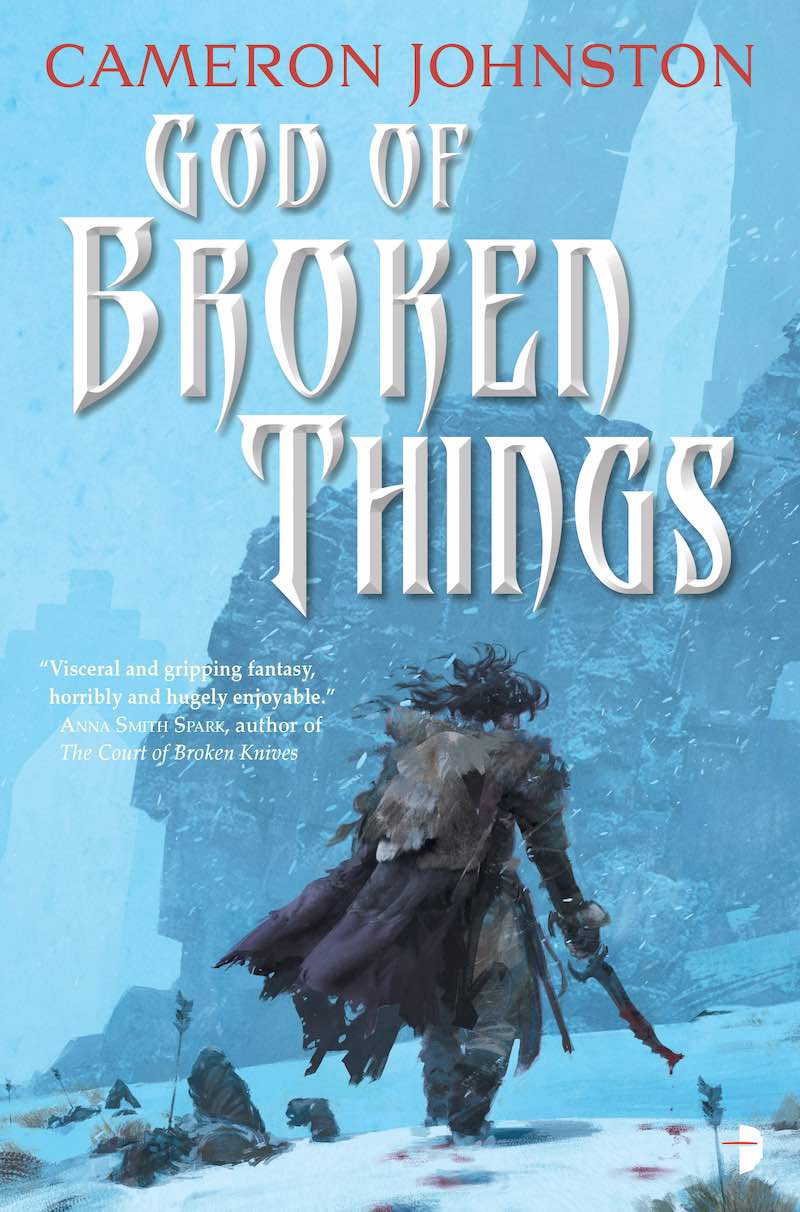 Finally, if someone enjoys God Of Broken Things and The Traitor God, what similarly dark fantasy novel of someone else’s would you suggest they read next?

I would suggest either Priest Of Bones by Peter McLean or Blackwing by Ed McDonald. Both are fantastic dark and gritty books with weird magic and interesting settings.