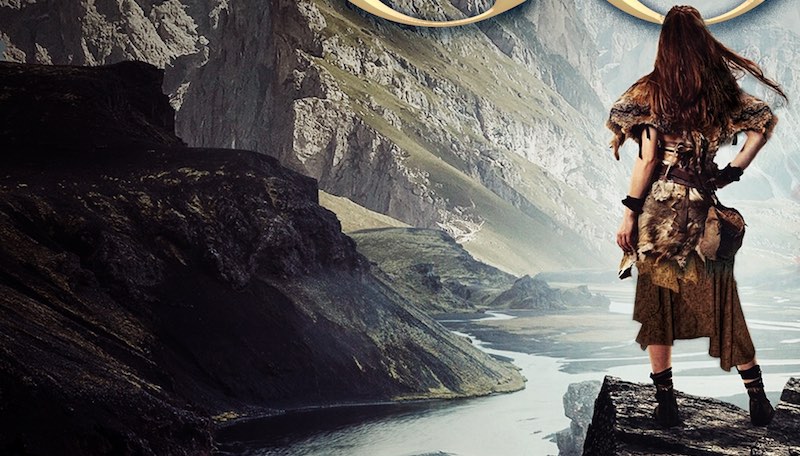 When it comes to an iconic fantasy writer like R.A. Salvatore, you might expect that his imagination is firing on all cylinders at all time, or that his ideas come from deep within his dreams. But in talking to him about Child Of A Mad God (hardcover, Kindle), the first book in his new trilogy, The Coven, he admitted that he got the idea when he was just kicking back, relaxing, maybe watching some TV. 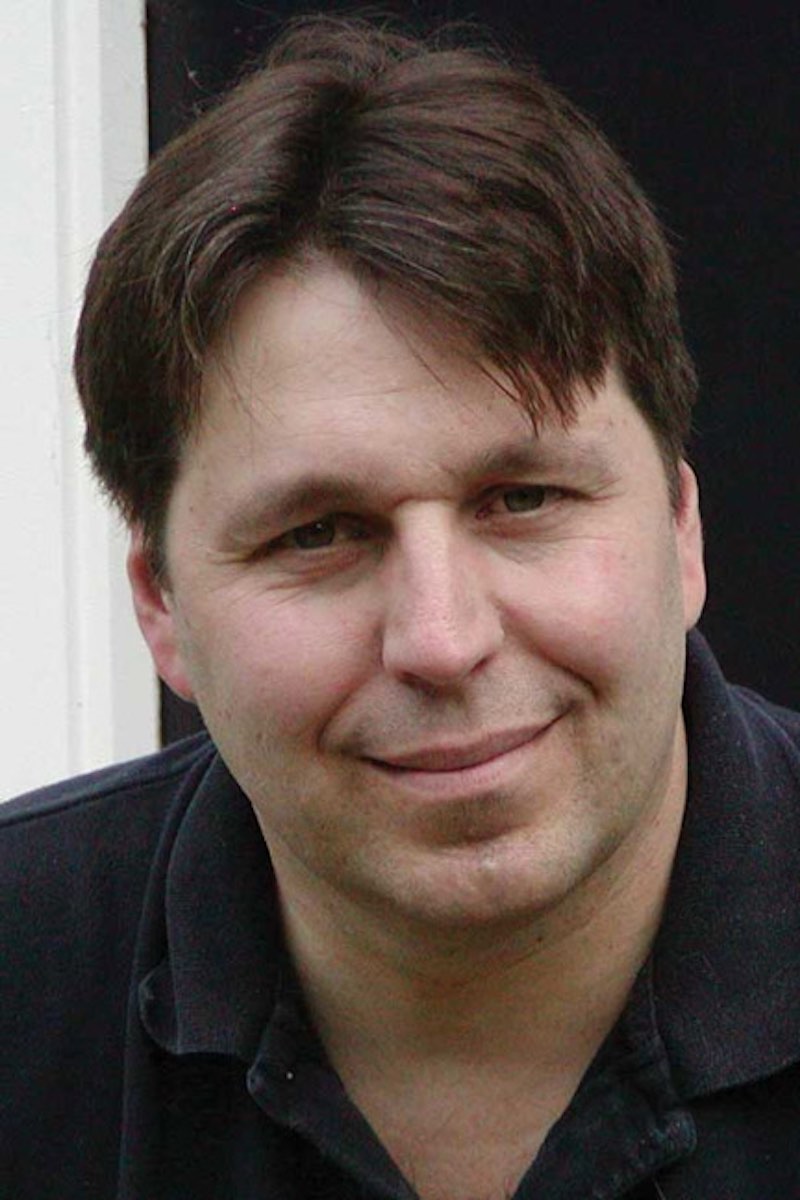 As with all of my novels, Child Of A Mad God is about characters, their growth, their triumphs, their failures. I’ve created a new area of the world of Corona, one stable, but in an immoral “agreement” between the various tribes. The people who challenge that status quo are the ones I explore.

I write because it’s how I make sense of the world. In this book, Aoleyn helps me see the way.

It started with Aoleyn, who came to life for me when I watched Natalie Dormer’s portrayal of Ann Boleyn on The Tudors. I find Boleyn to be one of the most fascinating characters of history, who used her every tool, in a toolbox limited by gender, to do things she thought right and good.

So I had this character I wanted to write, and in a theme all-too-familiar to me — see Drizzt [from his Legend Of Drizzt series]. I had the world, the magic system, and the parameters, and now I had a new character.

It started, too, when I went to a magical place, a mountain overlooking a huge lake. Looking down from that perch, I wondered what societies might rise in such a unique and beautiful geographic location.

Aoelyn, the main character of Child Of A Mad God, is a woman and a witch. Given what’s been going on in the world the last few months, with the women’s march and the Weinstein crap, why did you decide to center the book on a woman?

This was before #MeToo, before Weinstein. I have five older sisters, every one of them brilliant, who grew up in the age of Mad Men and had to fight against “expectations.” I didn’t need the new revelations to inform me about the utterly unjust crap that’s been shoveled on more than half the population for time untold.

I’ll be really honest here: When I started writing fantasy, the audience was almost exclusively teenage and male. Women in the books were “chicks in chainmail” and “maidens in distress,” and despite my upbringing, I didn’t see it. I didn’t see the imbalance, the refusal to give half the people in the world the same heroism and grit, particularly in this sorely-lacking genre.

I was lucky. My first editor was a brilliant woman who slapped me silly, figuratively. It goes beyond what I write. It goes to who I am, where I came from, and where I want to go to be a better person.

With all of that said, Aoleyn is a woman because she doesn’t have a penis. She is a human being because she has a conscience which tells her right from wrong, tradition be damned. She’s a hero because she has courage and a heart.

Along similar lines, why did you decide to make Child Of A Mad God about a witch as opposed to a warrior or a thief or an insurance salesman?

The world of Corona is a world of magic. The most powerful heroes in the older books are the monks of the Abellican Church, who use gemstones.

The witches of the new part of the world I’m exploring now are quite similar, though they access the magic differently, more intimately and lyrically.

Also, Aoleyn could sell you insurance.

She could also kick your ass.

Child Of A Mad God is a fantasy novel, but is there a subgenre of fantasy that you think describes it best?

Genres, subgenres, niches…blah and nah. Like everything I write, Child Of A Mad God is a story about people facing adversity and trying to figure out a moral and just way to overcome it.

I couldn’t tell you the difference between high fantasy and low fantasy, space opera and science fiction, because I don’t care enough to remember the imposed categories. I tell stories. I make shit up and people hopefully like to read it.

Are there any writers or specific works that you feel had a big impact on Child Of A Mad God and The Coven series, but are not big influences on your earlier works or your style as a whole?

Ta-Nehisi Coates [The Beautiful Struggle, Between The World And Me] comes to mind as the contemporary writer who makes me look at the unjust stratifications in society from a sometimes painful perspective. I’m going to leave it right there and let anyone reading this figure out what I mean.

What about non-literary influences, such as movies, TV shows, or video games; are there any that had influenced Child Of A Mad God? If so, what and in what ways?

The Tudors, as I said, for the inspiration of the lead. Vikings, too, definitely, for yet again revealing the power of tradition and belief in distorting the simple truth of right and wrong. You watch Vikings and you cheer for murdering bastards. How is that possible? Why forgive Ragnar Lothbrook for his obvious horrible crimes?

It’s so easy to excuse things because of tradition or culture or religion, which makes it all the more important to have individuals who will rise above the limitations of immoral rules.

So without spoiling anything, what can you tell us about The Coven series?

I’m doing three books in The Coven, which is my current Corona series. One is done, the next is just about done, and I know where the third is going. After that? Corona is my Middle-earth, my Shannara, my Forgotten Realms. The world is connected by magic, geography, cultures, and some characters.  I hope to go back there many times, whether following up The Coven or something new, I can’t be sure. I have no desire at this time to go out and reinvent the wheel. I poured years of my life into creating this world, then fine-tuning it. I made it big enough for a million stories to be told. So I expect to be back here often in the coming years. I love playing here, exploring here, creating here, in Corona, with its magical gemstones, demonic influences, and varying cultures.

I can promise that you won’t wait long for the upcoming books. I also don’t really know where they’re all going – I write organically. As with everything I write, the book has a beginning, a middle, and an end. Most of all, I’m trying to give my readers — actually myself — friends with whom they can walk the road of adventure.

I want to know these characters. I want to follow their stories. I want to see who lives and who dies. I can’t wait to dive into the next book, and this second one isn’t even quite done yet.

Child Of A Mad God is not your first fantasy novel. But do you think it is indicative of your style as a fantasy writer? Like, if someone reads it, will they enjoy your other books, is this a good place to start exploring your oeuvre?

Anyone jumping into my work elsewhere should start with Homeland or The Highwayman, but guess what? They’d hear the same echoes as they’d hear in Child Of A Mad God. As with those books, I wrote this one to introduce.

So has there been any interest in adapting Child Of A Mad God or The Coven series into a movie, TV show, or video game?

I’m not sure at this point. One thing I struggle against in this area is that there’s a ton of interest in my Dark Elf books, but those are owned by Hasbro, not by me.

Given the quality of television right now, I always lean in that direction. I think this would translate beautifully to that medium.

If Child Of A Mad God and The Coven series was adapted into TV show, who would you like to see cast in the main roles?

Ah yes, the question I never answer. Imagine if I told you one actor and another was cast…the internet lights up with disparaging remarks against the choice, because she wasn’t my first choice.

One more time, though, Natalie Dormer’s portrayal of Ann Boleyn, well, I found it inspiring. 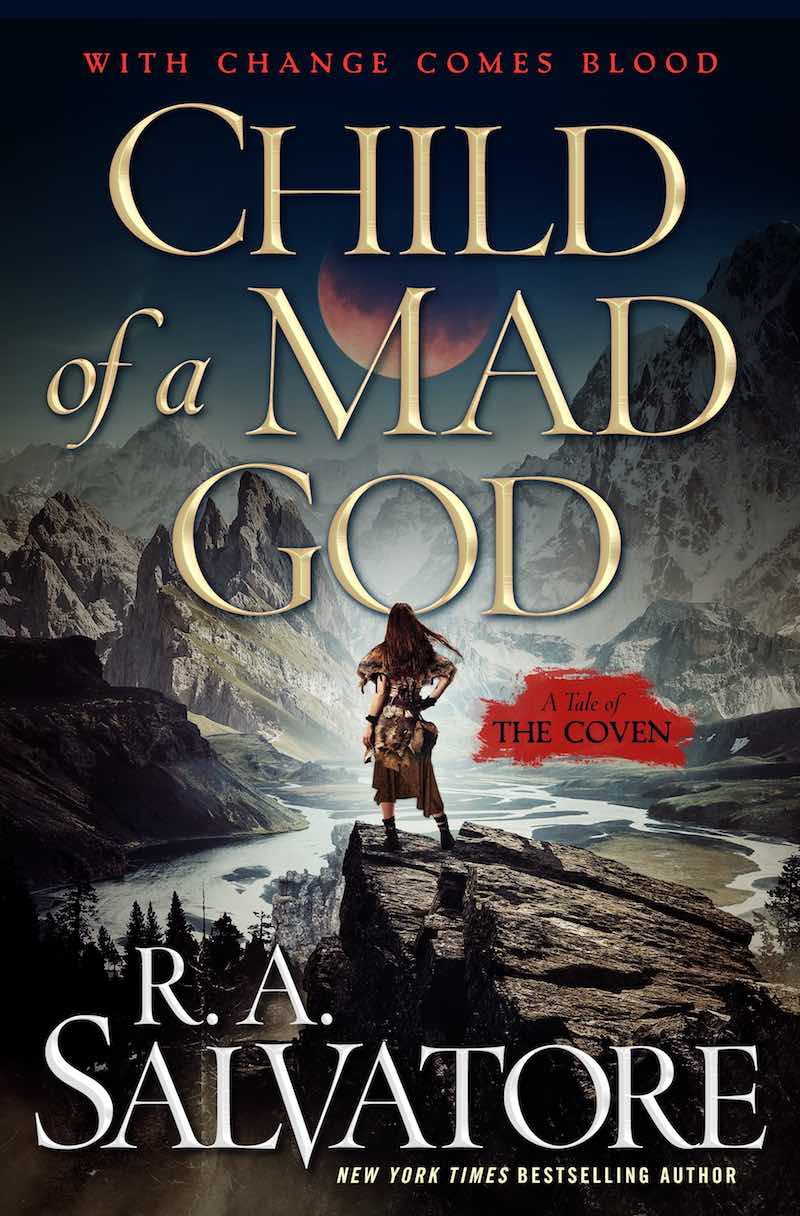 Finally, if someone enjoys Child Of A Mad God, what fantasy novel of someone else’s would you suggest they read while waiting for what I can only assume will be called Teenager Of A Mad God?

Well, Aoleyn is a woman by the middle of this book, but that was funny, I admit. While waiting for I Was A Teenage Weretiger a person who enjoyed this book should read…

You realize that I’m about to get in trouble with many dear friends if I continue, right? So let’s leave it there. 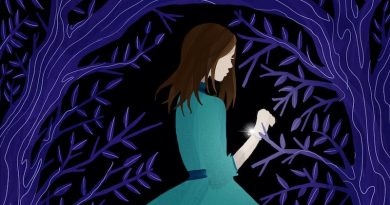 Exclusive Interview: The Will And The Wilds Author Charlie N. Holmberg 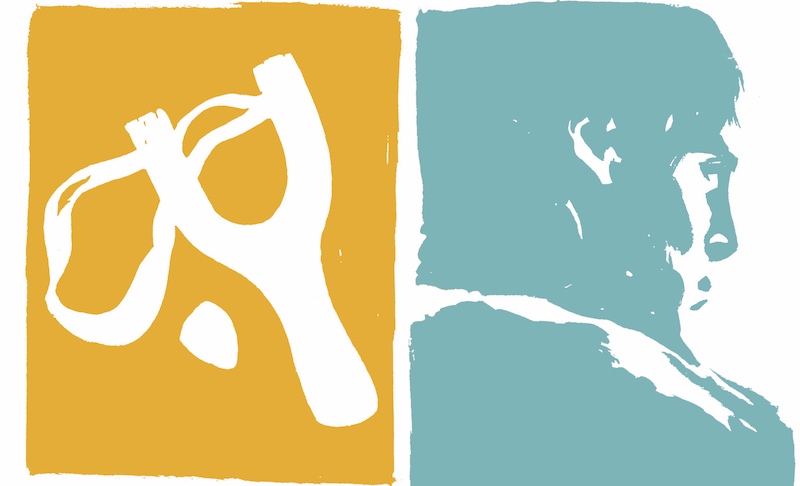 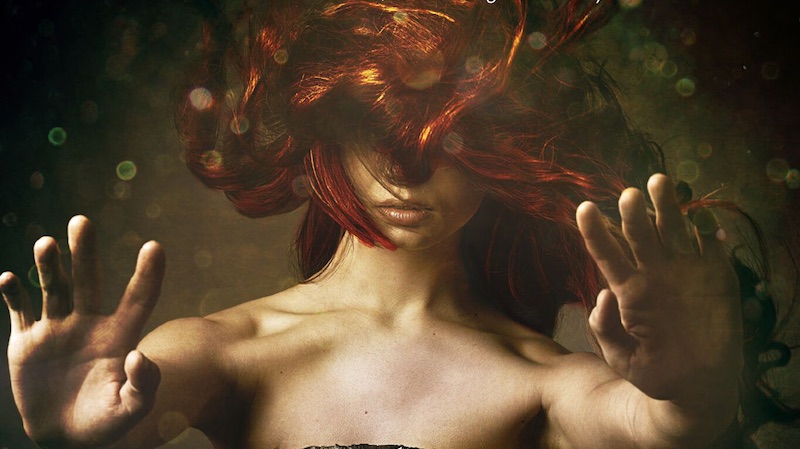 One thought on “Exclusive Interview: Child Of A Mad God Author R.A. Salvatore”